The 10 Biggest Summer Movie Bombs of all Time

By Brian Warner on July 5, 2014 in Articles › Entertainment

Summer is a time when Hollywood studios release some of their biggest and most expensive movies of the year. Summer is a great time for big releases because students are out of school with nothing to do all day and scorching temperatures drive audiences to air conditioned theaters for a few hours of relief. That combination of boredom and heat exhaustion has combined to create some of the largest box office performances of all time. Jaws, Star Wars, E.T. and Independence Day each went on to break the all time box office revenue record after being released during the summer. Other recent summer box office smashes include Captain America, The Dark Knight, Star Trek, and Pirates of the Caribbean. On the other hand, some of Hollywood's biggest flops of all time happened during the summer months.

The summer of 2013 was particularly brutal. Halfway through the season and Hollywood was already bracing itself for the consequences of four $100 million+ flops. Johnny Depp's "Lone Ranger" cost Disney $250 million and brought in just $29 million in its first weekend, $71 million total so far. The Channing Tatum/Jamie Foxx action adventure "White House Down" cost $150 million and has brought in just $62 million so far, and fading fast. This weekend the $180 million "Pacific Rim" earned just $38 million. And next week's $130 million "RIPD" is projected to earn just $15 million in its opening weekend. Compare those numbers to The Avengers' $207 million opening weekend and you'll start to understand why studio execs are sweating bullets. But what are the 10 biggest summer blockbuster bombs of all-time? 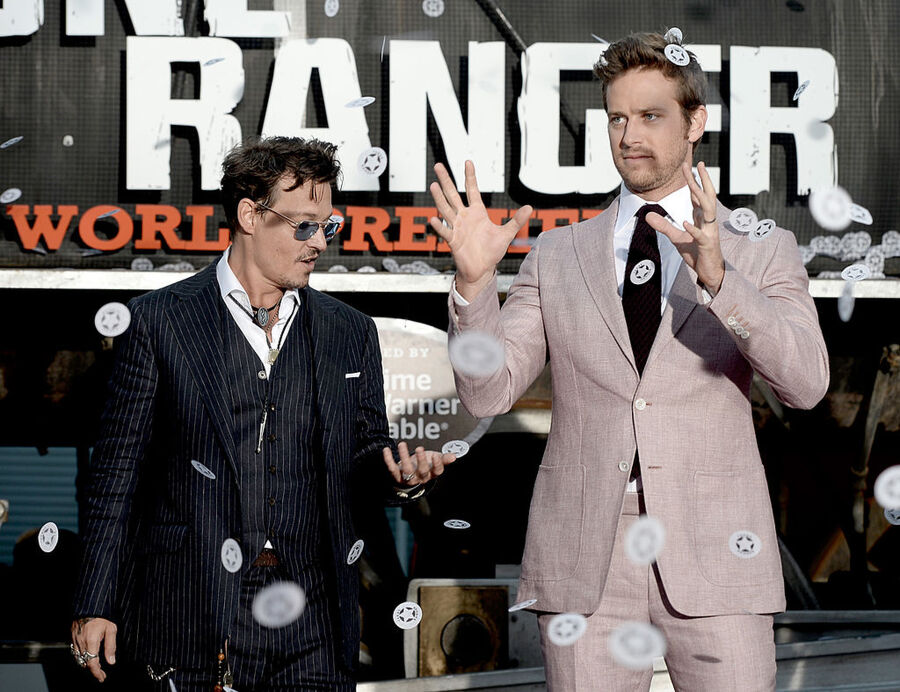 One of Batman's greatest foes failed to lay a claw on The Bat's amazing box office tallies.  Halle Berry's Catwoman cost $132M to produce and grossed only $82M. She accepted her Worst Actress Razzie award in person.

This movie was blown out of the sky by critics and audiences.  Roger Ebert called Stealth a "dumbed-down Top Gun" and it only managed to fly past $76M of its $138M budget.

Written and starring Bruce Willis, the goofy caper film died hard at the box office.  Its take was $17M, a far cry from the film's $65M budget.  Hudson did manage to drink that cappuccino, though.

This classic comedy flop became well-known for its big budget, which was $55M.  We wonder if 1987 peoples' heads would explode if they knew blockbuster hit Avatar cost $237M. Regardless, the Warren Beatty film sweated its way to just $14M at the box office.

With only a vague resemblance to the Jules Verne novel its based on, Jackie Chan's Around The World didn't exactly soar over the box office.  The film cleared only a little more than half its $140M production and marketing costs.

Remember those magical two years when Ben Affleck and Jennifer Lopez dated?  The "Bennifer" romance was captured on screen in what's considered to be one of the worst movies of all-time.  Gigli took in just $7M and cost roughly $74M to make.

No fanfare music played for this party.  Final Fantasy was visually ambitious, but like many video game movies, it was considered a big failure, grossing only $85M of its $167M budget.

The anime adaptation crashed and burned at the box office, with $93M grossed and a whopping $200M price tag.  Curse you, Royalton Industries!

Based on the Michael Crichton novel Eaters of the Dead, The 13th Warrior was no Jurassic Park.  The action film lost its box office battle, clearing just $61M, way below its $160M budget.

Eddie Murphy has starred in a number of big budget, high profile bombs, but this one is an atom bomb by comparison. Rotten Tomatoes named the film one of the worst in the past decade. The $100M budgeted space comedy grossed a paltry $7M at the box office.