Bizarre Ways The Rich And/Or Famous Have Died

By Amy Lamare on January 10, 2018 in Articles › Entertainment

In December, Canadian billionaires Barry and Honey Sherman were found dead. The couple was found hanged to death near their indoor pool in the basement of their $3 million Toronto mansion. At first, authorities assumed it was a murder-suicide, but now it appears to be something even more sinister. The adult children of the deceased have hired a private investigator to look into their parents' death, insisting that there is no way it was a murder suicide. The Shermans aren't the only wealthy people to meet bizarre and sudden ends.

Jimi Heselden was a former coal miner who made his fortune by founding the company Hesco Bastion Ltd, which made large containers filled with sand or earth. These containers were popular with armies in a number of countries as this allowed barriers to be quickly constructed. Heselden's containers were shipped to conflict zones around the world including Iraq and Afghanistan. The containers were also used as defense against flood in New Orleans. While he was alive Heselden amassed a net worth of $250 million. In 2010, Heselden bought the Segway company. In September of that same year, he died when the Segway he was driving went off a cliff and plummeted 80 feet to the river below. He was 62 years old. 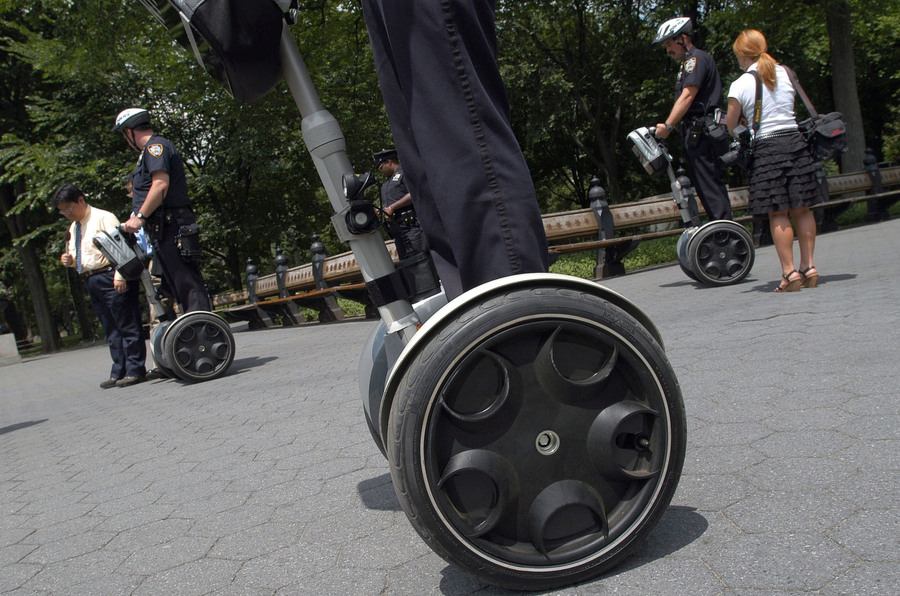 In 2016, Hollywood was shocked when 27-year-old Star Trek actor Anton Yelchin was found dead pinned between his car and a brick wall. The driveway of his home was on an incline and his car was found still running and in neutral. Yelchin had a net worth of $10 million.

Mike Edwards, a founding member of the band Electric Light Orchestra was killed when a large, round bale of hay rolled down a hill and hit the van he was driving. He was 62 years old.

In 1986, the Prime Minister of Sweden, Olof Palme was walking home from a movie theatre in Stockholm when he was shot in the back. His wife was with him and unharmed. The gunman fled. Palme was left in a pool of his own blood. The murder is still unsolved.

On the night of August 31, 1997 Princess Diana and her boyfriend Dodi Al-Fayed were killed in a car crash in Paris while fleeing paparazzi that were chasing their vehicle. Dodi was the son of Egyptian billionaire Mohamed al-Fayed who has a net worth of $2 billion. The driver of the car was also killed. At the time of her death, Princess Diana had a net worth of $40 million.

Beloved American author Tennessee Williams was a hypochondriac who relied on drugs and alcohol to keep going in the face of his many illnesses. However, in the end, a bottle cap on a bottle of eye drops killed him. He choked to death in 1983. Conspiracy theories suggest that rivals killed him, but it was officially declared an accident.

Brian Spencer was a Canadian professional hockey player who was shot during a robbery in 1998. He was allegedly buying drugs. He had a successful, decade long career in professional hockey and had a net worth of about $18 million. Once his playing days were over, the player known as Spinner Spencer was said to have turned to violence and alcohol. Knowing what we know today about C.T.E., conclusions can be drawn. Just a year before he was shot and killed, he was acquitted of a murder and kidnapping charge that would have carried the death penalty if he had been convicted. Conspiracy theorists believe Spencer's murder was premeditated.

Keith Relf was the lead singer and harmonica player for the 1960s English rock band the Yardbirds. He was electrocuted to death by his own electric guitar. He was 33 years old.

Way back in 1771, good ol' King Adolf Frederick of Sweden actually ate himself to death. His final meal included lobster, caviar, smoked herring, cabbage, and Champagne as well as 14 servings of his favorite dessert semla (similar to a crème puff) served in hot milk.