How Billy Walters Became The Most Successful Gambler In The World

By Amy Lamare on August 6, 2014 in Articles › Entertainment

When it comes to gambling, everyone knows the house always wins.  But no one seems to have told Billy Walters this fact.  In a gambling career that spans more than three decades, Billy has definitely had losing days and losing weeks, but somehow he has never had a losing year.  Today, Billy is generally considered to be the most prolific and successful gambler in the world – perhaps of all time. He bets mainly on football and basketball and has been so successful that many Las Vegas bookmakers are afraid to even take his action. If Billy wins (which is often the case), he could easily break a bookie's business forever. Is it just luck? Calculated risk? Or a combination of both? Either way, Billy Walters has made a career out of winning absolutely improbable bets. And the success has brought great riches for Mr. Walters. Today he owns seven homes around the world, a private jet and has managed to sock away a $200 million personal fortune. So, how does one become the most successful gambler in the world? You're about to find out… 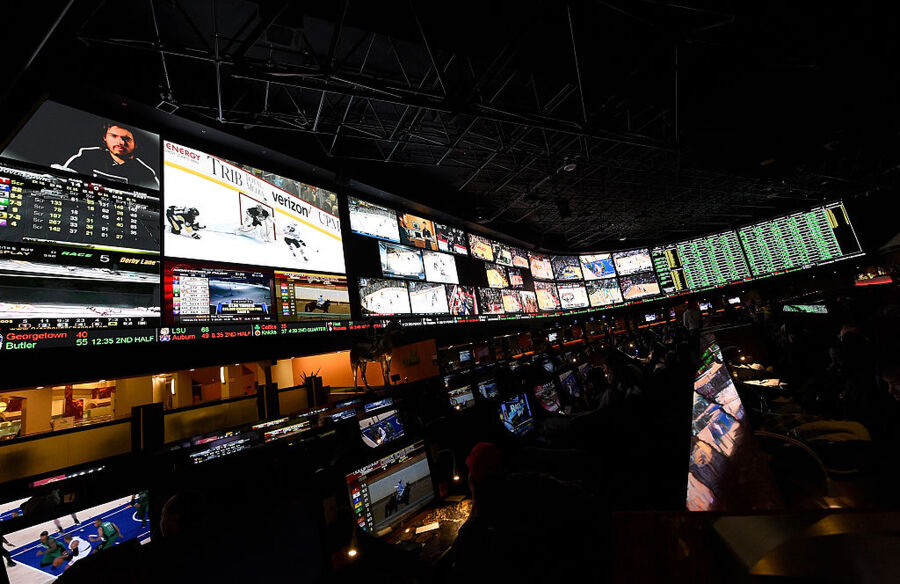 Billy Walters grew up dirt poor in a town called Munfordville, Kentucky (population at the time of 1,600). He was raised by his grandmother in a house that did not have indoor plumbing. His father was a poker player and his uncle was a professional gambler. Billy was making wagers by the age of five and betting on sports by the time he was nine. While most kids his age were on the playground, Billy was hanging out in pool halls. Billy used his entire paper route savings to make his first sports bet. He bet that the Yankees would beat the Dodgers in the 1955 World Series. The Dodgers won in seven games. Even though he lost his paper route money, Billy was hooked.

Fast forward a few decades and in 1982, Billy was selling cars wholesale to dealers in Kentucky. He never lost the gambling itch. One day he decided to set himself up as a bookie. This was illegal in Kentucky and after getting caught and paying a $1000 fine, he decided it was time to move to a city where gambling was not only legal, but, the lifeblood of the entire economy: Las Vegas. 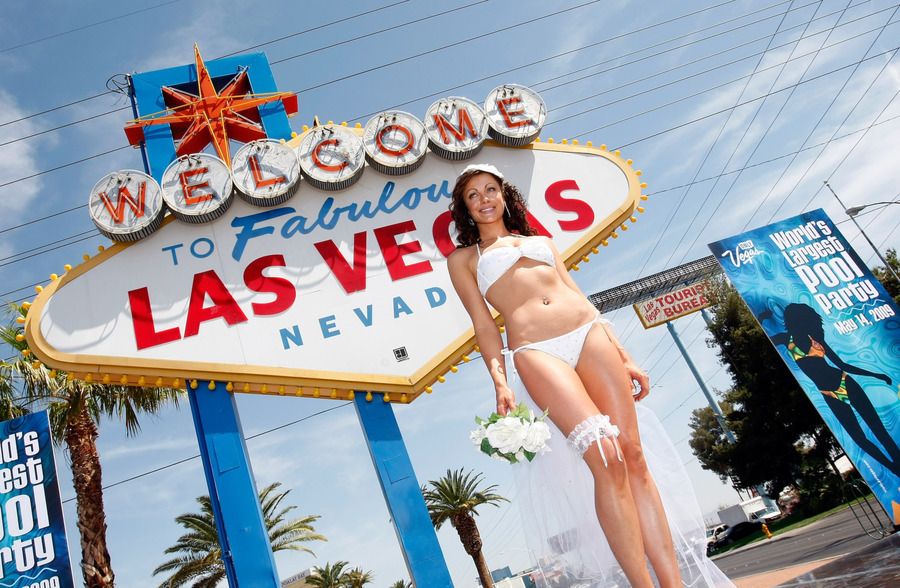 Billy quickly set up shop. Keep in mind this was the early 1980s, way before the internet. In order to acquire information in the pre-internet days, Billy would send his minions out to the Las Vegas airport every morning to pick up out of town newspapers that travelers left behind.  Walters also became part of the first serious computer-betting syndicate, The Computer Group, which revolutionized sports betting in the 1980s by feeding all the data they compiled into a digital database. The group made so much money that authorities were convinced they were running an illegal bookmaking operation. They weren't, though.

At the heart of it all, Walters is a researcher. It is this research that led to his $3.8  million assault on the Atlantic City Golden Nugget's roulette wheel in 1986.  Through his meticulous research, Billy figured out that the Golden Nugget used an older roulette wheel that had a statistical bias toward certain numbers.  Billy hopped a flight to Atlantic City and exploited that bias, winning millions.

It  took a long time for Walters to find the systems that worked best for his bets.  When he was 35 years old, he was the typical pathological Las Vegas gambler.  Despite being a very successful used car dealer making roughly $500,000 a year, he was broke because he gambled away all his profits and had not yet found the formula that would turn him into the most successful sports bettor of the last 30 years.

Today, Walters presides over a network of analysts who provide him information about games. He places bets through  anonymous associates he calls "partners" – none of whom know each other. Few sports book directors have ever seen Billy Walters, yet they know his bet when it is placed and move the line accordingly.

Billy claims to have a lifelong 57% winning percentage on his sports bets.  Famously reclusive and secretive about his methods, Walters once told a reporter:

"If you're committed to being a professional gambler and you want to be the best you can be, you spend every waking moment trying to figure out a way to beat the game."

Billy Walters does his betting primarily out of his mansions in Las Vegas and the San Diego suburb of Carlsbad. As we mentioned previously, he mainly bets on sports. But that's not to say he hasn't dabbled in other wagers. He's a scratch golfer who once won $400,000 on a single hole.  He's gone on incredible runs of winning at craps and blackjack and horse racing. But sports betting is where he has built an empire. Billy's 2010 Super Bowl bets earned him $3.5 million. On a typical weekend, Walters will place his bets Saturday afternoon. It's not unusual for him to leave the casino 38 hours later and nearly $4 million richer.  That's just a day in the life of Billy Walters, professional gambler.

Walters' information is so good, that there have been allegations that people close to teams, like in the SEC, tip him off about injuries and other matters that may affect games. This has never been proven, but, for the record, getting inside information on sporting events is NOT illegal in Nevada.  Walters has said time and again that he relies solely on public information for his wagers. In this day and age, all injury reports for the NFL and NBA are pretty easy to find online.  Walters has a network of analysts that serve as a hedge fund manager would, only they are dealing in sports information.

Walters is also famously secretive about his sports-betting strategy. People have tried to go through his garbage to get the secret to his winning ways. Consequently, he has become a stickler for security. He presides over his network from a bank of computers and phones in his home, transmitting his bets to his network of bettors using code names like "Wolfman" and "J-Bird".

It has all paid off for Walters to the tune of a $200 million dollar personal fortune. He's an avid golfer who won the 2008 Pebble Beach pro-am tournament with golf pro Fredrik Jacobson. Billy actually owns four golf courses, seven homes, eight car dealerships, and has a $20 million private jet.

On a typical Sunday during the NFL season, it is not unusual for Walters to bet $400,000 across two football games.  During an average Sunday of NFL Football, he typically has $2 million at risk across all of his bets.

Over the years, Walters has become better than the bookmakers at predicting the spread of the games he bets on.  In fact, he's honed a system where he can get the sports books to move the line to accommodate his bets.  For instance, if Walters thinks the favorite is going to win but doesn't like the line, he will bet on the underdog.  This works because bookmakers need the same amount of money on both sides of the game, so they are then forced to lower the line in order to attract more bettors to place money on the favorite. Then Walters goes into action, instructing his partners to place a bigger bet on the favorite once the line is where he wants it.  That's wielding serious influence over the sports books.

Walters is also a philanthropist who gives millions to charities. His favorite cause is Las Vegas' Opportunity Village, an organization that trains intellectually handicapped people to perform jobs and thus be able to earn a living. Twenty-five years ago when an executive with Opportunity Village called Walters hoping to enlist his support, there was no way she could have known how near and dear this particular cause was to him and his wife Susan.  The Walters' son Scott, now in his 40s, has serious brain damage. As a boy Scott Walters was diagnosed with brain cancer. The only way to save him was to remove the tumor, but in order to do that, it would destroy part of Scott's brain. Left unchecked, the cancer would kill him. Scott still has the mental capabilities of a young boy. He's an active part of Opportunity Village.  The Walters provided the funding for an Opportunity Village campus in the Las Vegas suburb of Henderson.

Billy Walters, now 67, has had an unprecedented run of luck in gambling and sports betting over the past three decades. It is more than sheer luck.  It is a calculated, strategic, well-informed risk.  He was once asked if there was anything that he doesn't gamble on. He replied: "Not really."

He's not lying. This month, Walters will make a multi-million dollar bet regarding his estate in Rancho Santa Fe, California.  On August 15, Walters is auctioning his 21,000-square-foot home in an exclusive area north of San Diego. The home sits on nine acres and comes complete with a Dave Pelz-designed short-game golf practice area.  What makes this a gamble is that Walters is selling the home to the highest bidder "without reserve."  That means there is no set bottom price for the property. So, if the highest bid on August 15th is $567, the bidder gets the place for $567. Though that, of course, is unlikely to happen.