By Amy Lamare on October 24, 2018 in Articles › Entertainment

Billionaires have the cash to purchase professional sports teams. Most millionaires do not have that kind of cash. They do, however, have the cash to buy race horses in the hopes that their horse will win some major cash prizes. Owning a Thoroughbred horse is the closest thing there is to owning a sports franchise without actually owning a sports franchise. Bob Elliston is the vice president of racing and sales at Lexington, Kentucky based Keeneland Racing. He oversees the annual Yearling Sale every September in which one-year-old Thoroughbred horses are auctioned off.  The sale lasts for 13 days with buyers hoping to get a champion race horse out of it. The 2018 Triple Crown winner Justify was bought from Keeneland Racing.

Billionaires and millionaires fly to Lexington from around the world in the hopes of scoring the next Justify—and they will pay $1 million or more on a Thoroughbred. In fact, 27 horses from this year's auction sold for $1 million or more.  Those seven figure horses were bought by 14 international buyers and 13 U.S. buyers, according to Elliston. 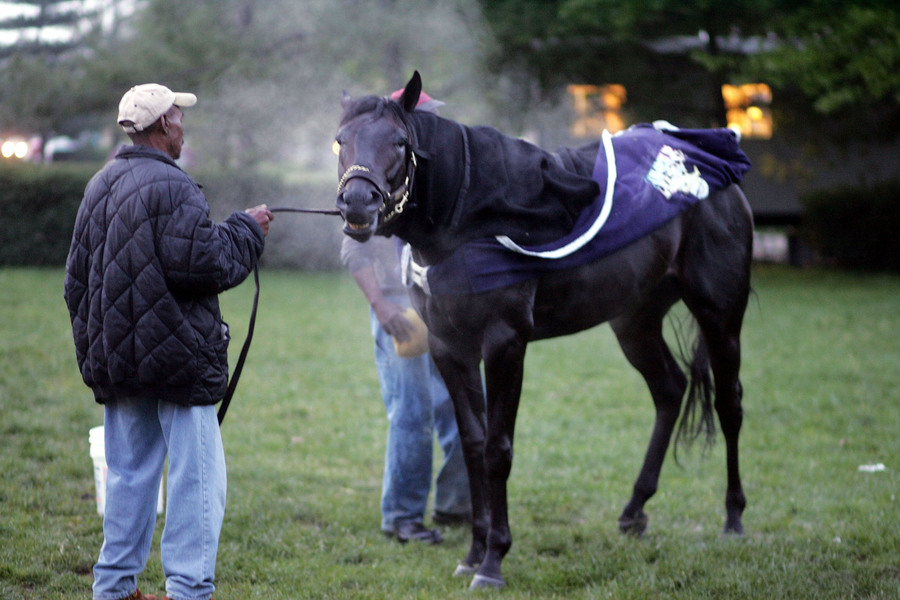 The highest price paid for a Thoroughbred yearling this year was $2.4 million, which sets a worldwide record so far. Three horses including the record setter sold for more than $2 million. About $377 million was spent on 3,000 yearlings at this year's auction. Yearlings are considered an investment opportunity, however, race horses have been a hobby of the rich for eons.

Equestrian show jumping is a sport that has always been associated with royalty and the offspring of billionaires such as Jennifer Gates, Eve Jobs, and Georgina Bloomberg. Prized horses for these events cost hundreds of thousands of dollars. Additionally, the cost of caring for and maintaining these horses costs tens of thousands of dollars each month.

Polo is another horse based sport that has been a pastime of the upper class for generations. After all, it is known as the "sport of kings."

However, it is horse racing that attracts the rich to spend their money. The Kentucky Derby has been an event for the rich and famous since 1875. The horses sold at the Keeneland September Yearling Sale go to The Kentucky Derby to compete. Owners include Liberty Media's John Malone, chef Bobby Flay, socialite Peter Brandt, the Campbell Soup heirs, and a long list of ruling family members from the Middle East. Vice president of the United Arab Emirates, Sheikh Mohammed Bin Rashid Al Maktoum, bought 27 yearlings for nearly $20 million at this year's yearling sale. Seven of the horses the Sheikh bought went for more than $1 million. He is one of the world's biggest race horse owners. His brother Sheikh Hamdan spent more than $12 million on 19 horses this year.

The trick in buying race horses is will they or won't they become money making champions for their owners. Justify was bought for $500,000. After winning the 2018 Triple Crown, he is worth $75 million. Of course, the odds of buying the next Triple Crown winner are even slimmer than the chance of the Triple Crown being won in any given year. Barry Irwin is the horse racing syndicate Team Valor founder and CEO. He told CNBC that the chance of losing is 90% and that horse racing isn't a sport you should get involved in if you don't absolutely love it.

There are a number of things buyers can look for to increase their odds of buying a winning horse. Colts are worth more than fillies/mares. Buying more than one yearling at a sale gives the buyer better chances of winning. Having an above average pedigree can matter as well. For instance, former Kentucky Derby winner American Pharaoh had his first crop of colts and fillies for sale at this year's auction—47 of his sires sold for more than $19.5 million, for an average of $16,702.

A person could also choose to buy an older horse with a good history of racing, but they cost more. Yearlings are appealing because they haven't been in any trainer's hands yet.

This year's Yearling Sale saw the number of seven-figure yearlings sold more than double from last year. It was the fourth largest sale in the Keeneland Yearling Sale's 75 year history.