Billionaire Roundup: It's All Gone To The Dogs!

By Amy Lamare on September 26, 2016 in Articles › Entertainment

Hey party people! How's it hanging? I can tell you this; it probably isn't hanging as well for the rest of us as it is for our favorite and notorious billionaires. After all, I highly doubt any of us are running out and buying our dogs an iPhone 7, let alone several, as one enfant terrible has done. Another billionaire has pledged to stop the legalization of medical marijuana in a state in which he doesn't even live. On the flip side of all of that, is a billionaire who has pledged half a billion dollars to help refugees. That Syrian crisis is still happening, folks. And finally, we say an emotional goodbye to one Emmy winner's billionaire father.

It's A Dog's Life

Typically, "it's a dog's life" is a phrase used to describe people that lead a miserable existence. That isn't the case for Coco, an Alaskan malamute whose owner bought her not one, not two but eight iPhone 7s. The dog appears to have both the rose gold and black varieties of the new phone.

Coco's owner is none other than the enfant terrible Wang Sicong, son of Wang Jianlin, China's richest man. Wang Jianlin has a net worth of $30 billion. The photos of Coco lying on a couch with eight unopened iPhone 7 boxes were posted to the dog's social media accounts. What? Your dog doesn't have his or her own social media accounts? (Mine does.)

A 256GB iPhone 7 runs 7,988 yuan, which translates to $1,198 USD, each. Wang spent as much as $9,584 on iPhones for his dog, assuming he got the ones with the most memory. This isn't Coco's first Apple product. Last year, Wang Sicong made headlines when he gave Coco two rose gold Apple Watches – presumably one for each front paw –which retailed for $12,000, each. 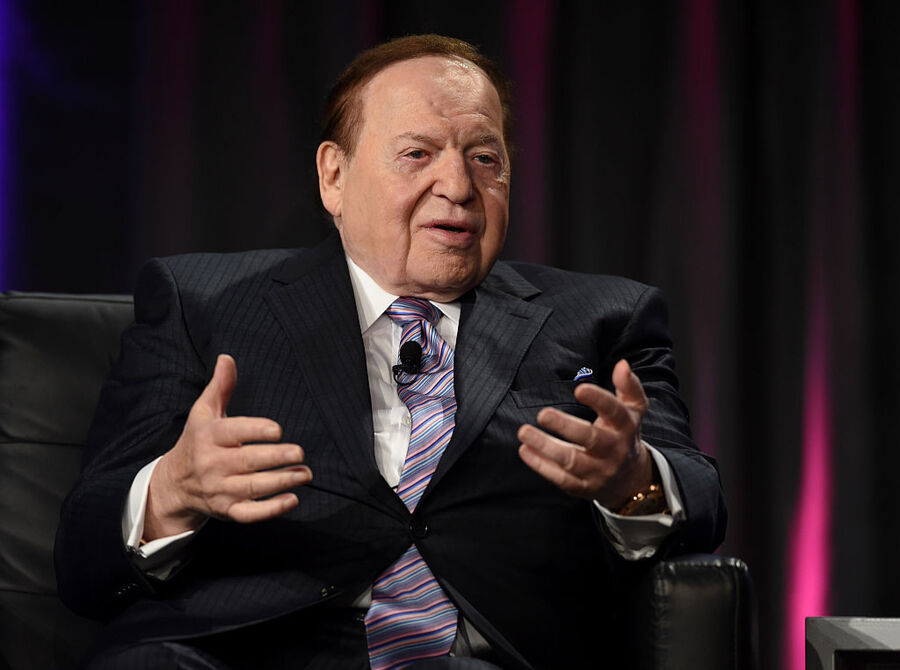 No Ganja For You Florida!

Why does Las Vegas casino billionaire Sheldon Adelson hate marijuana so much? He recently wrote a $1 million check to the Florida committee trying to defeat Amendment 2 in their state. Amendment 2 is Florida's medical marijuana proposal. Two years ago he donated $5.5 million to defeat a similar amendment. Adelson lives in Las Vegas, Nevada, not Florida. Adelson, who is also instrumental in the bid to move the NFL's Oakland Raiders to Las Vegas, has a net worth of $25.9 billion.

A Half A Billion To Help Refugees

Thank goodness for billionaire George Soros. He's a palate cleanser in this edition of the Billionaire Roundup. Soros is giving $500 million from his nonprofit organization's coffers to be invested on work opportunities for migrants and refugees, especially those arriving into Europe.

"I will invest in startups, established companies, social-impact initiatives and businesses founded by migrants and refugees themselves," Soros wrote. "Although my main concern is to help migrants and refugees arriving in Europe, I will be looking for good investment ideas that will benefit migrants all over the world."

This isn't as random a donation as it first appears. Soros is a refugee himself. He fled Hungary in 1946 and spent his teen years as a migrant in London. Soros put himself through the London School of Economics by working as a waiter and railway porter. Today, the hedge fund mogul has a net worth of $25 billion.

He worked as a railway porter and waiter to put himself through the London School of Economics and later moved to New York where he got his start working on Wall Street. In 1969 he established his own hedge fund, the Quantum Fund, with $12 million. Today, Forbes estimates Soros' net worth at $24.9 billion.

Actress Julia Louis-Dreyfus tearfully accepter her Emmy for Best Actress in the hit HBO series Veep, while choking back tears as she revealed that her billionaire father, Gerard Louis-Dreyfus, had passed away just two days earlier at the age of 84. He had a net worth of $4 billion.