Even Billionaires Like Phil Knight Have Trouble Finding A Parking Spot… For Their $65 Million Private Jets. Thankfully There's A Solution.

By Paula Wilson on July 3, 2014 in Articles › Entertainment

Phil Knight is probably best known for three things: co-founding Nike, being extremely wealthy, and donating large sums to the projects and institutions he deems worthy.  He's both a billionaire and a philanthropist, and it is has made him a very powerful and well respected businessmen all over the planet.  And unlike many of his billionaire peers, Phil has rarely seemed to indulge in outlandish purchases like small islands, countries, multiple sports teams, or humongous homes all over the world.  Instead, he has thrown money into various projects he cares about, like the sports facilities of the schools he graduated from in years past and cancer research.  He has always seemed focused on funding worthy causes. But even the most philanthropic billionaire gets to splurge every once in a while, right?!?!  Not only does Phil spoil himself with a $65 million dollar Gulfstream private jet, he just recently plunked down nearly $8 million to build a place to store his beloved aircraft.  And while $8 million may seem like a lot for an airplane parking spot, keep in mind Phil has another $19.1 billion in the bank backing him up. Also, if you had a plane this cool, you'd probably want to make sure it was well protected… 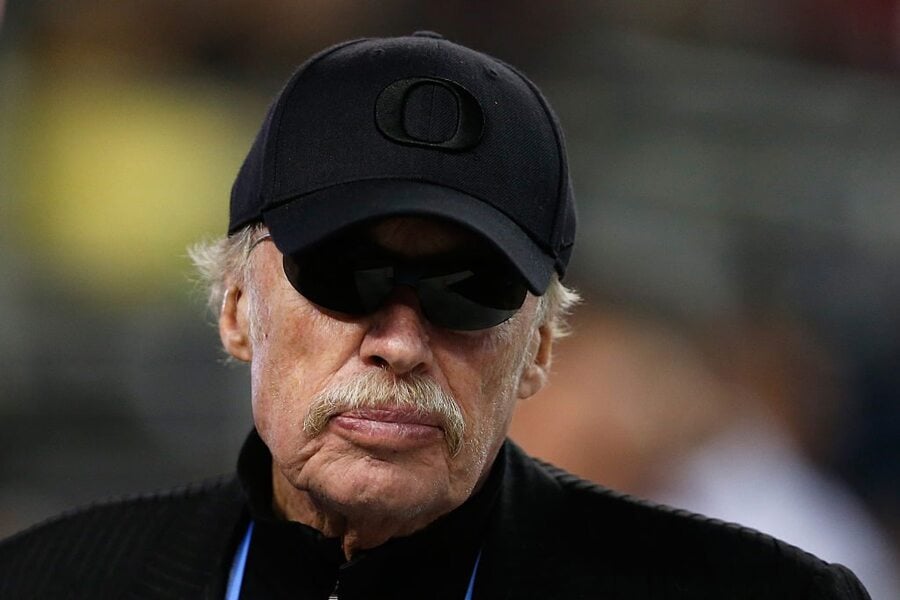 Phil Knight was born in Hillsboro, Oregon on February 24, 1938, and grew up in a newspaper family.  His father ran the local paper, the Oregon Journal.  Phil Knight wanted to go into publishing, as well, but his father wouldn't hire him at the Journal.  He insisted that his son make his own way.  Phil took that challenge, and got himself hired at the Oregon Journal's rival, the Oregonian.  An avid runner, he would run 7 miles each way to his job with the Oregonian.  As a college student at the University of Oregon, he continued running successfully on the university team, while also earning a degree in Journalism.

After college, he spent one year in the Army on active duty and seven more in the Reserves.  While in the Reserves, he attended the Stanford Graduate School of Business, where he wrote a business plan entitled, "Can Japanese Sports Shoes Do to German Sports Shoes What Japanese Cameras Did to German Cameras?".  Inspired by Professor Frank  Shallenberger's description of an entrepreneur, Phil Knight realized that he had all the necessary traits to become a successful businessperson.  After finishing at Stanford, he traveled around the world, with a stop in Kobe, Japan during the fall of 1962.  While in Japan, he began to put his business plan into action.  Fast-forward 50 years, and his shoe company, Nike, Inc., has grown into a company with annual revenues of $24 billion.  It's the most successful sports brand on the planet and currently employs 44,000 people.  Nike's shoes and apparel are so intrinsic to the sports community, that the NBA actually inducted Phil Knight into the Basketball Hall of Fame for his contributions to the sport.  That business plan must have been some doozy.

As his wealth has increased, he has donated large sums of money to a range of institutions and businesses.  He has given the University of Oregon athletic program over $300 million.  The Stanford Graduate School of Business received the largest individual donation ever for a business school to that point, when he handed the school $105 million in 2006.  The Oregon Health and Science University (also known as the Oregon Health Sciences University) received $100 million for their Cancer Institute in 2008.  In 2013, he pledged another $500 million to OHSU if they could raise matching funds by 2015.  He also donated $68 million to the University of Oregon's football facility and another $65,000 to a higher education Political Action Committee dedicated to increasing autonomy amongst the schools within the Oregon University System. 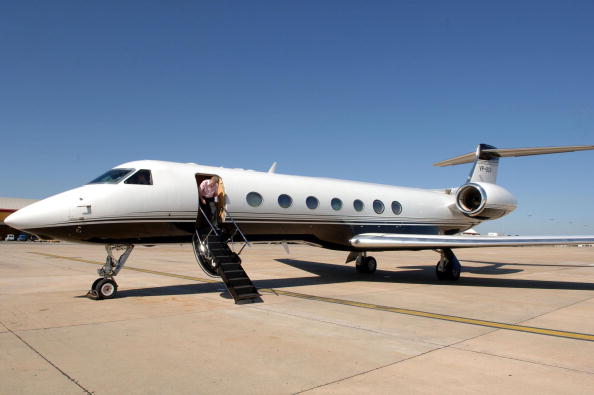 It's clear that Phil Knight donates to those organizations and causes about which he is passionate.  It's rare to hear about him buying anything noteworthy or flashy.  He seems to eschew the more cliched behaviors of most billionaires and easily evades the spotlight most of the time.  Which is why it is so odd that he has suddenly decided to build himself an uber-swanky airplane hangar.

The $7.6 million behemoth is being built at the Hillsboro Airport.  It's reportedly being constructed to house his $65 million dollar fully-customized Gulfstream G650.  Until just a few months ago, he parked his private jet in a nearby hangar that's owned by Nike, Inc.  His new hangar, which measures 29,000 square feet, is being built for his personal use only.  The Gulfstream G650 is the top-of-the-line when it comes to personal jets.  It is one of three private jets associated with Nike, Inc., and Mr. Knight reportedly lets his upper level executives use it when traveling around the globe for meetings.  This particular G650 has a maximum range of 8000 miles and can fit 18 passengers in extreme luxury.  The plane can fly from Oregon to Tokyo, Moscow, Rio and Dubai with PLENTY of fuel leftover.  If they wanted to fly to Rio for the World Cup, the distance is a little more than 10,000 miles, so they'd make a stop.

Nike executives are often called on to travel between as many as three countries in a 24 hour period, in order to finalize agreements and solve manufacturing issues.  Phil gets first dibs on the G650, but if any executives are going in the same direction, he allows them to hop a ride.  He spends most of his time traveling between the East and West Coasts.  He created a separate company, called Hum-Air Too, LLC, in order to purchase the plane.  Maintenance is handled by Nike, Inc., since the company has two private jets of its own.  However, Phil Knight reimburses Nike for all maintenance charges.  The maintenance alone runs close to $1 million per year.

So why the sudden shift towards luxury purchases?  The Chronicle of Philanthropy recently ranked him as the third most generous businessman in the world, and an expensive airplane hangar, not to mention the expensive airplane to go in it, seems like an odd choice.  It may have something to do with the fact that Mr. Knight is finally stepping back from his hold on Nike, Inc.  He resigned from his position as CEO of Nike in 2004.  After a rough patch, Nike found a solid replacement CEO in Mark Parker, and they have since continued to grow.  Phil Knight is still Chairman, but he has less of an active role in the day-to-day managing of the company.  At one point he poured funds into a struggling animation studio called, Will Vinton Studios.  The company was poorly managed, and he eventually took over, and appointed his son, an animator, to the board of the studio.  The studio released its first feature film, "Coraline", in 2009.  The project was a hit.  Travis Knight, Phil Knight's son, subsequently became CEO and President of the animation company, now renamed, Laika.

Now 76 years old, Phil Knight owns a large portion of a company that turns a profit at an astonishing rate – whether he's there or not.  He invested in an animation studio that has a bright future.  He has the respect and admiration of his peers for his generosity and commitment to the organizations that he feels influenced his life in significant ways.  Truth be told, it would seem that he has actually earned that multi-million dollar hangar, and the insanely expensive jet that will go into it, once construction is completed.  He's worked his butt off for nearly 60 years.  Why is Phil Knight suddenly buying seemingly frivolous stuff?  Probably because he can.  And probably because, with his track record of success and philanthropy, no one is going to begrudge him some fun purchases as he moves toward retirement.  With all the good he has done for the world, I think Phil deserves to spoil himself now and again.