Would A Billionaire Take The Time To Cash A 13 Cent Check? Someone Actually Conducted This Experiment!

By Amy Lamare on January 24, 2018 in Articles › Entertainment

Hypothetical question: If someone randomly sent you a 13 cent check, would you cash it? Would you actually take the time to drive to your bank, find parking, and fill out a deposit slip… all to increase your net worth by a little more than a dime? Would it even be worth the gas that would be expelled on the drive? If you needed to pay for a parking meter, you would almost certainly lose money in the process. Even if you have a fancy way of depositing a check through a smartphone app, is it really worth the time and effort for a few lousy pennies? For example, what if you were the recipient of this 13 cent Comcast refund check? As much as I hate Comcast (and would love to take money away from them – regardless of the amount) would it really be worth my time to deal with this annoying piece of paper?

Now, take a second and imagine you are a billionaire. You get massive checks all the time that you happily take the time to deposit. So, assuming you were a billionaire, what would you do with a 13 cent check? You'd might assume that most billionaires would use a 13 cent check as toilet paper right? Well, fortunately we have a real world answer because Spy Magazine conducted an experiment to answer this exact question. And the results were pretty fascinating.

Back in the early 1990s, Spy magazine set out to determine who were the cheapest millionaires and billionaires in the world. The cover story was actually titled "Who is America's Cheapest Zillionaire?" To conduct their experiment, the magazine created a serious-sounding, but totally fake company called the National Refund Clearinghouse. The National Refund Clearninghouse then sent out $1.11 checks to 58 well know millionaires saying that the money was the result of a "computer error".

Within two months, 26 of the 58 recipients cashed their $1.11 checks. Some of the notable wealthy people who actually took the time to cash a $1.11 check included Donald Trump, Michael Douglas, Faye Dunaway, Cher, and Kurt Vonnegut. Some of the people who did not cash the checks included Billy Joel, Woody Allen, and Dustin Hoffman. 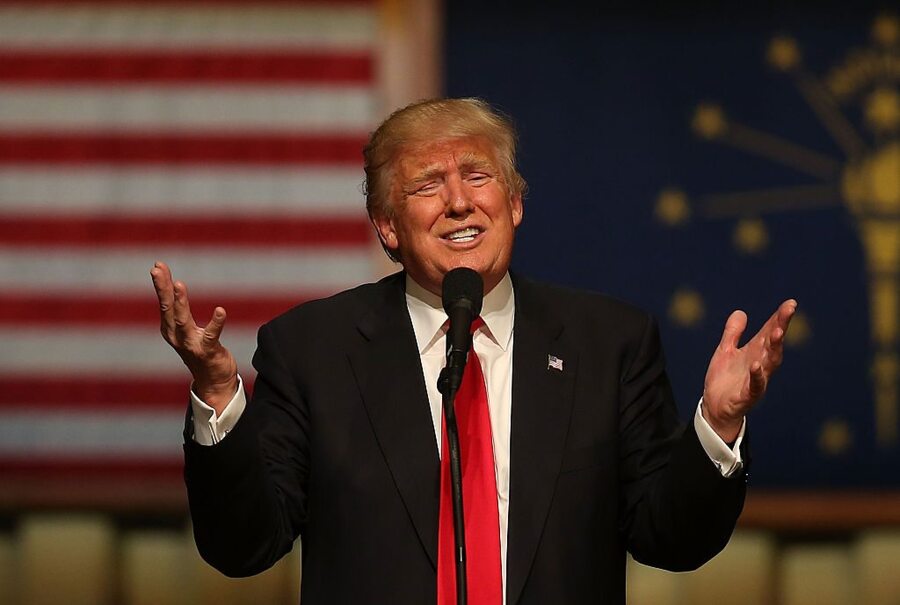 Taking the experiment one step further, National Refund Clearinghouse then sent a $2 refund check to the 32 holdouts who did not cash their original $1.11 check. By upping the prize by 89 cents, six holdouts felt it was worth their time to cash the checks. Actors Richard Gere and Candice Bergen both caved at $2. Finally, Spy Magazine sent out $3.47 checks to the remaining 26 holdouts and were able to scoop up two more people.

Not totally satisfied with the results of their first experiment, Spy Magazine then sent out a second round of checks for $0.64 to the original 26 cheapskates who cashed the very first $1.11 check. Only 13 people cashed this round of checks. Once again, Donald Trump cashed the check. Another person who cashed both the $1.11 the .64 cent check was Saudi Arabian arms-dealing billionaire Adnan Khashoggi.

In the third and final round of the experiment, the 13 people who cashed the $0.64 check were sent a check for $0.13. At this point, only two people cashed this check. Guess who the two check cashers were? Donald Trump and Adnan Khashoggi.

Perhaps it should be noted that around the time of all these Spy Magazine experiments, both Donald and Adnan had faced some extremely difficult financial situations. Donald's real estate empire was obliterated after the junk bond market exploded in the late 80s, to the point where he was forced to put his business into bankruptcy. He came within an inch of having to declare personal bankruptcy. As if that wasn't painful enough, Donald was also going through a costly divorce with ex-wife Ivana.

Meanwhile, Adnan had recently completed a five year bitter divorce battle with his ex-wife Soraya Khashoggi. When it was all over, Adnan was forced to cut a check to Soraya for $875 million. That settlement still stands as the fourth most expensive divorce of all time.

So maybe Donald and Adnan just have an extra special appreciation for the value of a dollar. Or even a penny!

For what it is worth, we can probably assume that many wealthy people involved in this experiment employed business managers or underlings who would be tasked with depositing checks, no matter how big or small. However! It was revealed that Khashoggi, who was in New York City at the time for a court case, did personally endorse and deposit all of his checks 🙂

So what do you think? Would you have deposited the checks? At what point does it became too cheap for your time? Maybe the reason someone like Donald Trump was able to rebound from the brink of personal bankruptcy to having a current net worth of $4 billion is directly explained by his appreciation for the value of a penny!