By Paula Wilson on September 16, 2016 in Articles › Entertainment

We all like getting something for nothing. That's why giveaways, sweepstakes, and the lottery are so popular. There's just something about the idea of doing nothing at all, while still being rewarded for it, makes all of us happy. When it comes to getting something for nothing, Bill Gates has just about everyone beat. In fact, the 61-year old computer innovator and businessman makes a cool $1 million per day, just for waking up in the morning. He doesn't need to go to work. He doesn't need to make a phone call. He simply has to get up and go about his day, in whatever way he pleases. How did Bill Gates get the keys to this semi-charmed kind of life? Turns out – it's actually rather complicated. Don't let that deter you though. If you have ample ambition and the intelligence to succeed, you just might be able to make scads of money sitting on your butt all day, too. As Bill himself once said: "If you are born poor, it's not your mistake. But if you die poor, it is your mistake."

Bill Gates, also known as William Henry Gates III, was born on October 28, 1955 in Seattle, Washington. His family was relatively well-to-do and he was raised to be competitive and to excel at all costs. He became interested in computers when he was in his early teens, after his exclusive private school, Lakeside School, invested in a Teletype Model 3 ASR terminal and computer time from GE. He wrote his first program, a tic-tac-toe game, soon after. He knew almost immediately that computers were going to become his life. However, computer time was expensive. When his school-allotted computer time ended, he and three friends exploited bugs in the system in order to keep programming on their own time. They were banned from using computers during the summer, but subsequently negotiated a deal in which they found bugs for the Computer Center Corporation, in exchange for free computer time. 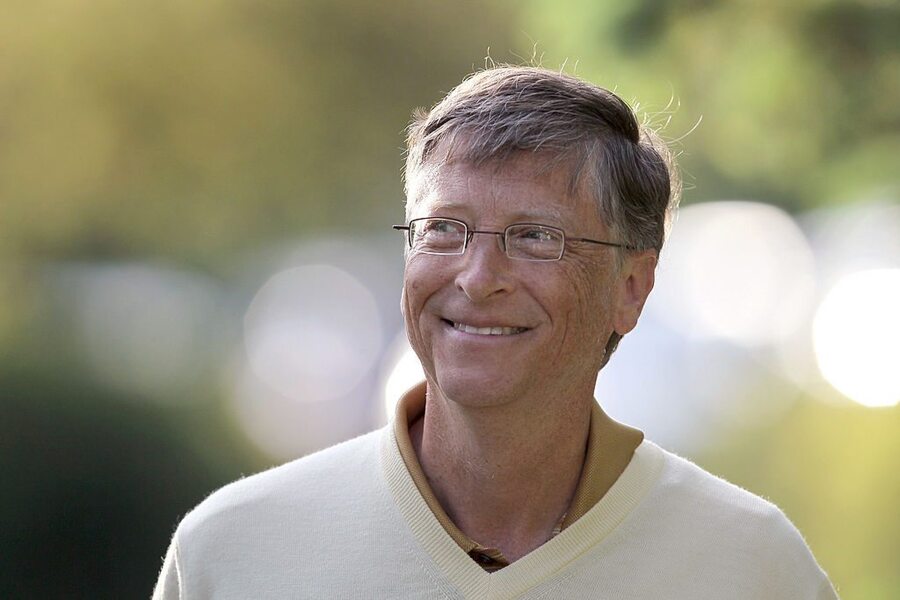 From there, Gates began to learn the source code for a variety of systems at CCC, and for the next few years, he debugged for them and grew his own knowledge of programming and coding. His computing abilities quickly grew a life of their own. He and his three computing buddies began writing payroll programs, scheduling programs, and other programs for area businesses and their own school. Gates went on to attend Harvard College after graduating, but he floated a bit academically. He spent most of his time working on all things computer-related and became a household name amongst programmers and coders, when he wrote the fastest algorithm for pancake sorting ever, during his sophomore year. It would hold this record for the next thirty years. His junior year, with the full support of his parents, he chose to take a leave of absence from Harvard in order to launch his own company.

In 1974, he launched a company called Micro-Soft with his former classmate, Paul Allen. The company was founded after Gates told the company, Micro Instrumentation and Telemetry Systems, that he and his partner were working on a BASIC interpreter for the Altair 8800. They hadn't really been working on one, but when they were able to secure an interview, they immediately began developing it. Their presentation was a success and Micro-Soft began operation with one office in Albuquerque, New Mexico.

Fast-forward 40 years and Bill Gates' Microsoft Corporation basically rules the computing world. From 1995 to 2007, in 2009, and from 2013-2014, Mr. Gates held the title of wealthiest person on the planet.  He currently has a net worth of $90 billion. Though he no longer runs Microsoft (he stepped down as CEO in 2000), he is still a force to be reckoned with.

And best of all? He doesn't even have to lift a finger to make a million dollars per day.

His current income comes from a variety of sources. He has investment income, income from interest, and compensation for speeches and presentations. He has a preset 10b5-1 trading plan that is systematically selling off portions of his shares, at a rate of 20 million per quarter. While this means that his shares will all be gone in a few years, it also means that he has a steady source of major income. If he invests wisely, his money will stretch on forever. He has also continued to work somewhat, most recently signing on to serve as a technology advisor for Microsoft.

On closer inspection, the majority of Gates' wealth comes from the shares of Microsoft stock he still owns. Understandably, he was the largest shareholder for many years, but as previously mentioned, he is slowly selling his shares off. He sells approximately 20 million shares every four months, 80 million per year.  Even after many years of slowly selling off his stake, Bill still owns 298 million shares of Microsoft. His wife also owns nearly half a million.

As a shareholder, he gets paid anytime Microsoft issues a dividend. This year, MSFT increased its annual dividend from $0.31 per share to $1.24 per share. That means this year he was given a $368 million bonus! That's a tiny bit more than $1 million a day. In other words, Bill Gates makes more money per day than most people make in a lifetime. It's kind of mind-boggling.

However, the truth of the matter is that Bill earned this $1 million per day. His wealth is a combination of countless hours in front of a computer, absolute confidence in his own abilities, and a whole lot of ambition. And the really cool news is that the more money he makes today, the more he'll give away to charity!