A warrant has been issued for Bikram Yoga founder Bikram Choudhury. The yogi allegedly fled the country without paying a single cent of the nearly $7 million he owes to his former in-house attorney Miki Jafa-Bodden. Back in January, Choudhury was ordered to turn over income from his global fitness empire to pay a judgment in a sexual harassment lawsuit brought against him by Jafa-Bodden. Los Angeles Superior Court Judge Edward Moreton issued the warrant and set Choudhury's bail at $8 million.

Jafa-Bodden came forward in early 2016 to accuse Choudhury of a pattern of sexual abuse while she was working for him. Additionally, she alleged that he fired her after she began to look into claims that he had raped one of his students. 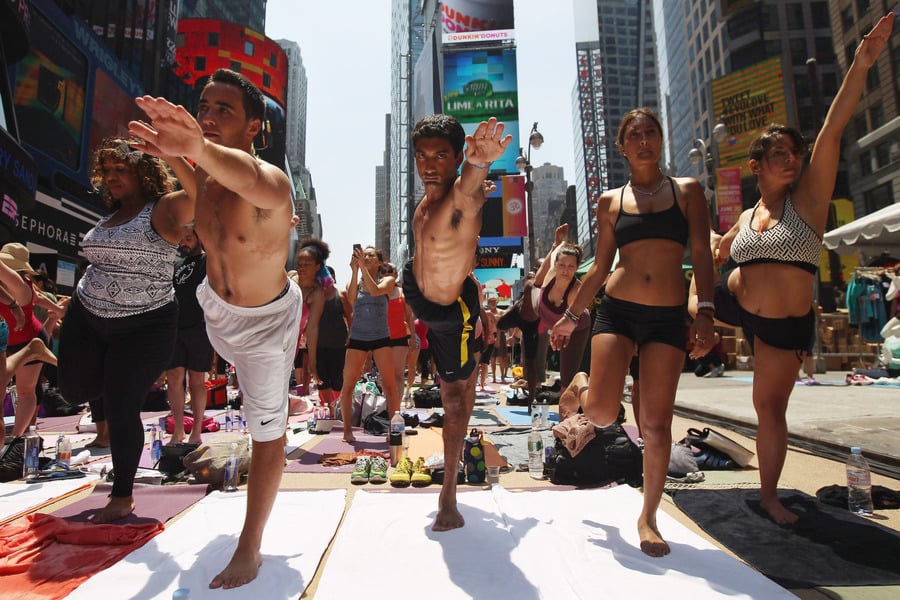 Choudhury has paid ZERO DOLLARS of the nearly $7 million judgment against him. Instead, he has hidden his assets, grabbed his passport, and fled the U.S. Jafa-Bodden's attorney also filed a lawsuit against Choudhury's wife and children, accusing them of helping him dispose of or hide his assets. Jafa-Bodden's attorney has been tracking the movement of Choudhury's assets and found that he has moved a number of cars and other items out of storage facilities in Nevada and Florida. There are court orders in those states preventing any other assets from being relocated.

Choudhury has always maintained his innocence. In an October 2015 interview on HBO's Real Sports, Choudhury said:

"Why do I have to harass women? People spend $1 million for one drop of my sperm. Are you that dumb to believe those trash?"

The yoga guru faces sexual assault lawsuits filed by six other women. Five of those woman accuse Choudhury of raping them. Five of those cases are set for trial this year. One is in the process of settling.

Bikram Choudhury built a massive fortune around Bikram yoga, a 90-minute routine of specific moves in a specific order performed in a room that can reach more than 100 degrees. Bikram Choudhury has a net worth of $75 million.