By B. George Young on December 31, 2015 in Articles › Entertainment

If you find yourself going to the movies very often, you know that along with some really good films, there are some pretty bad ones as well. Not every movie can be Jurassic World, which grossed an amazing $652 million in the United States and almost $1.7 billion worldwide! With a budget of $150 million, Jurassic World made more than a 1,000% return on investment, but some movies did much, much worse than that. Here are The 10 Biggest Box Office Flops Of 2015.

The first incarnation of Hot Tube Time Machine actually did pretty well at the box office, but the sequel only made back $13.1 million of its $14 million budget. The film ended up making money after DVD and digital sales, but did not receive high marks by critics and moviegoers. Hot Time Time Machine 2 barely had a positive review with a score of 5.1 on IMDB. It was rated horribly by critics at Rotten Tomatoes, which gave the sequel a 14%, and viewers were only able to double that mark. The odds of a Hot Tub Time Machine 3 don't look good.

This superhero remake somehow managed to make a little bit of money at the box office despite its less than stellar cast, which included Michael B. Jordan and Kate Mara. 20th Century Fox released this supposed summer blockbuster, which audiences did not care for. The newest version of Fantastic Four only got a 4.3 on IMDB. Moviegoers strongly disliked it, giving it a 20% on Rotten Tomatoes. That being said, critics totally hated Fantastic Four and gave it a devastating 10% rating on the same site. The 2005 version of the story starring Jessica Alba did not do a whole lot better.

Mortdecai brought back those terrible cheesy memories of Mike Myers in The Love Guru. Johnny Depp continued on his quest to expand his roles into multiple genres by starring in this failure of an action comedy. Mortdecai only made $47.3 million of its $60 million budget at the box office. It also received terrible scores by both fans and critics alike on Rotten Tomatoes and only managed to earn a 5.5 on IMDB. The movie had some other big name actors like Gwyneth Paltrow, Olivia Munn, Ewan McGregor, and Jeff Goldblum, but still managed to fall flat at the box office.

Aloha was another example of a good cast that didn't equate to a good movie. This Cameron Crowe directed comedy/drama starred Bradley Cooper, Emma Stone, Bill Murray, Rachel McAdams, and Alec Baldwin, among others. It only made back $26.3 million of its $37 million budget at the box office. Aloha had less than stellar reviews, earning a 5.5 on IMDB, a 19% approval rating from critics, and a 30% rating from moviegoers on Rotten Tomatoes. Aloha truly lived up to its name, saying goodbye just about as quickly as it said hello. The film was an early summer release that did not perform as well as expected.

American Ultra had a horrible time recouping its $28 million budget and only managed to take in $15.4 million at the box office. The action comedy film had some decent actors including Jesse Eisenberg, Kristen Stewart, and John Leguizamo, but was widely considered to be a bust. American Ultra was released in late August by Lionsgate Films and was directed by Iranian-British director Nima Nourizadeh. The movies' ratings were very average as it scored a 55% on IMDB, 49% by moviegoers on Rotten Tomatoes, and 44% by critics on the same site. Audiences may have been confused by the title and the movie poster which didn't really give a clear indication of what the film was actually about.

#5: Jem and the Holograms

Although this remake of the 1980s animated TV series only comes in at #5 on the list, it was considered to be a huge box office flop. In its opening weekend, Jem and the Holograms only made $545 per screen and debuted in a very lackluster 15th place. The movie was largely ignored by its target demographic, teenage girls. It did so poorly that it was pulled very early from theaters. Luckily, the film had a budget of only $5 million, because it was able to make just $2.3 million in theaters. Jem and the Holograms also had a bad score of 3.3 on IMDB and critics on Rotten Tomatoes could only give it 20%.

Blackhat is likely to be one of the movies on this list that you have never heard of until now. The thriller came out very early in the year and starred Chris Hemsworth and Viola Davis, and was directed by Michael Mann. Blackhat did horrible at the box office, only making back $19.4 million of its $70 million budget. The studio spent way too much on this box office bomb hoping that it could attract moviegoers taking an extended holiday. Critics actually like this movie a bit more than fans as evident by its 34% and 25% scores on Rotten Tomatoes, respectively.

The Gunman was another movie that nobody really talked about and was easily missed by movie buffs. The action thriller was co-written and co-produced by its star Sean Penn, and was based on the novel The Prone Gunman. The Gunman was released in March and was only able to recover $15.9 million of its $40 million budget at the box office. The film's totals were not helped by its poor reviews. The Gunman received just a 16% by critics and a 34% by moviegoers on Rotten Tomatoes, and a 5.8 on IMDB. Maybe The Gunman helped Sean Penn learn his lesson and he will stick to focusing on acting from here on out. 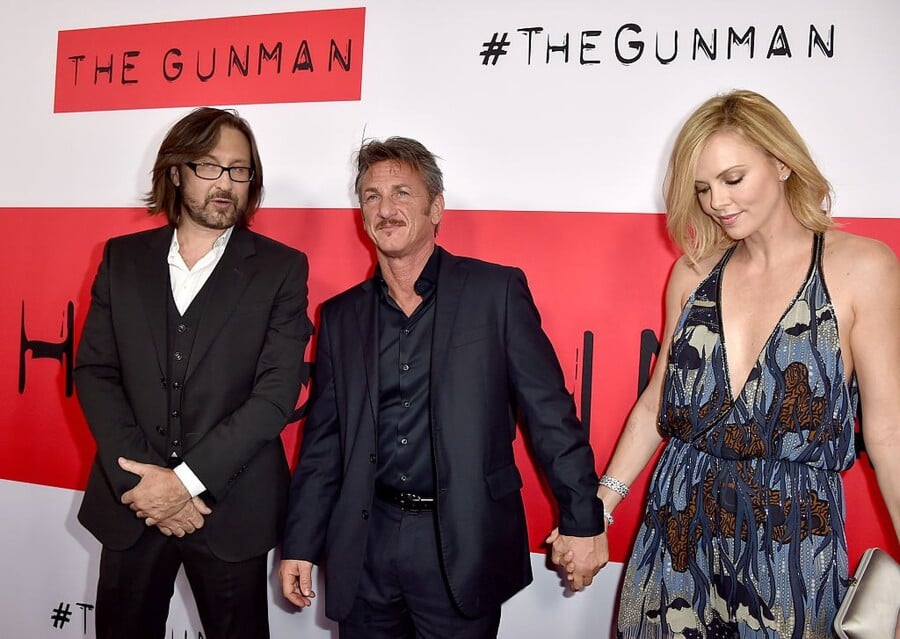 Unfinished Business was a comedy starring Vince Vaughn that was released in March through 20th Century Fox. The movie's tagline "Best Business Trip Ever" must have given potential audiences a clue to stay away from it en masse. The first problem was that this movie had way too big of a budget at $35 million; it was only able to make back $14.4 million at the box office. Critics hated Unfished Business, giving it just an 11% on Rotten Tomatoes, and viewers did not seem to like it much more than that. Unfinished Business may have been better off being an unfinished project and being left on the cutting room floor.

Oh, how the mighty have fallen. Bill Murray used to be considered one of the top movie comics, starring in successful films such as Meatballs, Caddyshack, Stripes, Tootsie, Ghostbusters, Scrooged, What About Bob?, and Groundhog Day. In 2015 he tried to revive his career in the music based comedy Rock the Kasbah. The movie had a modest $15 million budget, but only made $3.1 million at the box office. The movie only scored an 8% with critics on Rotten Tomatoes, and was not well received by moviegoers either.  Hopefully Murray will be able to redeem himself in the upcoming 2016 reboot of Ghostbusters.