By Geoffrey Golden on June 7, 2010 in Articles › Entertainment

They might play awkward geeks on TV, but the stars of the CBS hit comedy The Big Bang Theory – Kaley Cuoco, Johnny Galecki and Jim Parsons – aren't awkward when it comes to asking for more money.

How much do the leads want to continue on the series?  A stellar $250,000 per episode, which is an intergalactic pay-hike from their previous $65,000 per show salary.  Assuming CBS picks up their standard 23 episodes per season, that'll give these dorks an annual salary of $5.75M!  With that kind of money, you can buy a lot of Flash t-shirts.

Are the stars worth the cash?  Well, their salaries are modest compared to Charlie Sheen's $30M per season for CBS megahit Two and a Half Men. Of course, Sheen's sitcom has been a ratings giant for years, whereas Big Bang just struck ratings gold last year in season 3, jumping all the way to No. 8 in the Neilsens.  I guess we'll know if the Big Bang nerds are worth a 285% raise after next year's ratings come in, when they're in their new timeslot on Thursday night, opposite NBC's geek-cherished comedy Community.

Are you a Big Bang Theory fan?  Do you think the stars deserve the money they're asking for? 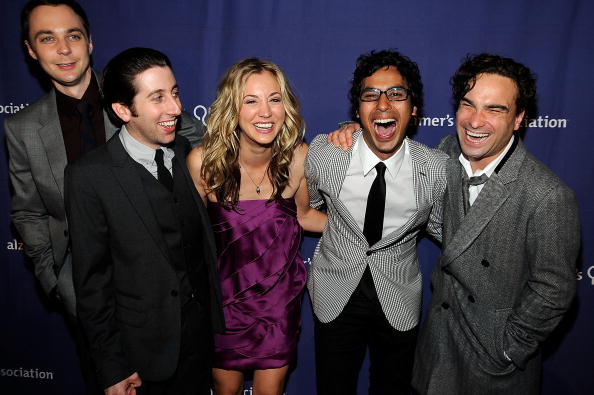