By Paula Wilson on December 24, 2013 in Articles › Entertainment

It's a very Happy Holidays for all Beyonce Knowles fans, as the seemingly tireless performer and mother quietly dropped an album in mid-December 2013, with no advertising or fanfare.  Her gamble paid off, as the album debuted at #1 even without a massive advertising campaign.  It sold a million copies in under a week, the highest first week sales by any female artist in 2013.  Between her fantastic solo career, her high-powered marriage, and her lucrative endorsements with a range of high-profile companies, Beyonce, whose net worth is $350 million, has carved out an entire industry of her own.  She's been on top for so long, that it is hard to believe that she ever struggled.  However, struggle she did.  Beyonce's success was far from overnight, and her rocky path to superstardom is a textbook example of "if at first you don't succeed, try, try again". 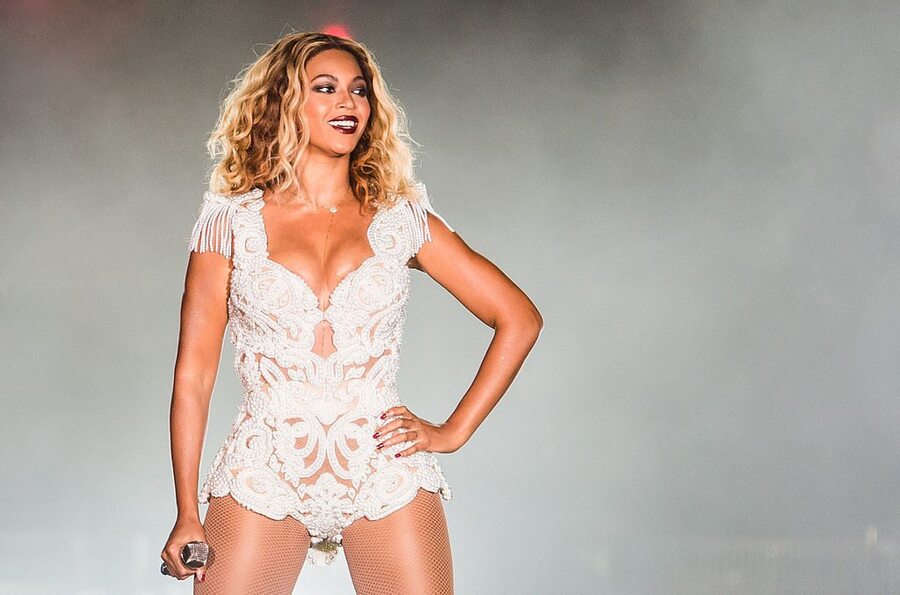 Beyonce Knowles was born on September 4, 1981 in Houston, Texas.  She began taking dance classes as a child, and quickly showed vocal talent, as well.  She won her first talent contest when she was seven, beating out singers and dancers who were twice her age.  By age nine, she had already decided she wanted to make a career in music and dance, and she enrolled at Parker Elementary School, a music magnet school, in order to focus on her goals.  From there, she went on to attend the High School for the Performing and Visual Arts, and performed as a soloist with the St. John's Methodist Church choir for two years.

While continuing to grow her singing and dancing skills at school, she began auditioning for professional projects.  When she was eight, she and her friend, Kelly Rowland, auditioned for a pre-teen all-girl group.  The group, which was made up of six youngsters, was named Girl's Tyme.  They performed all over Houston and eventually caught the attention of an R&B producer.  This led to their competing on "Star Search", but they were ultimately unsuccessful on the show.  Recognizing that the group really did have talent, but needed more guidance, Beyonce's father quit his job to manage the group.  The change in income resulted in the family having to leave their home and split into two smaller apartments.  Her father cut two of the girls from the group, which was now known as Destiny's Child, and began aggressively promoting them as a solid opening act for more established R&B girl groups.  They were ultimately invited to audition for multiple labels, and eventually signed with Elektra Records.  They then moved to record their debut album with Atlantic Records, but the deal fell apart, and they were released from their contract.  The failed record deal was not just a blow to Destiny's Child, but also to Beyonce's family.  Her parents separated, their marriage buckling under the strain of trying to make the group a success.  However, by 1996, their fortunes appeared to be shifting.  They signed with Grass Roots Entertainment, and began recording their first album under Sony Music.  From there, they received a contract offer from Columbia Records.  Her parents reunited soon after. 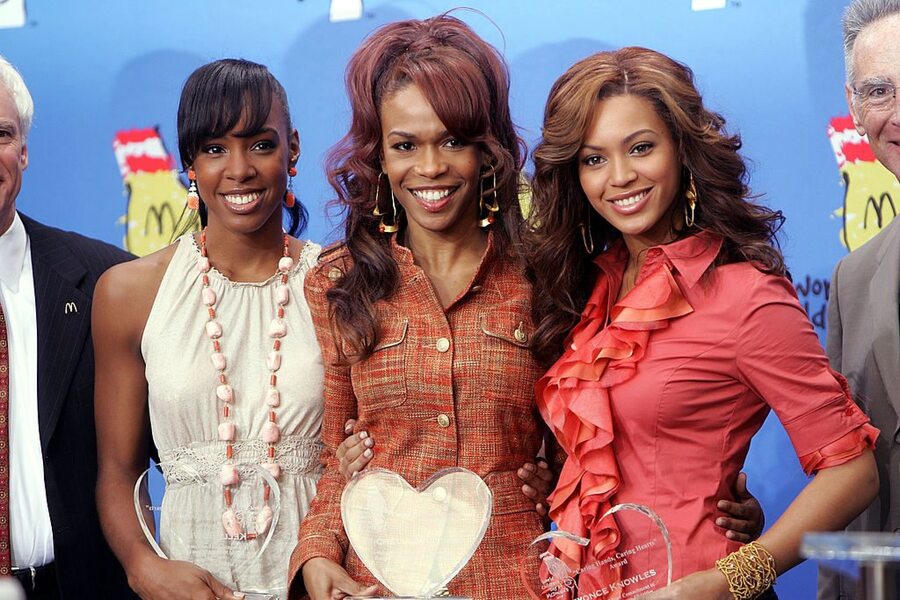 Their debut album proved to be very successful, spawning the hit song, "No, No, No", and netting them three Soul Train Lady of Soul Awards., including Best R&B/Soul Album of the Year.  Their second album, "The Writing's on the Wall", was a massive success.  It spawned such hit songs as "Bills, Bills, Bills", "Jumpin' Jumpin'", and "Say My Name".  Unfortunately, it also signaled the beginning of major problems within the group (as major success often does with music groups).  Two members of the group were not pleased with the management style of Beyonce's father, and they were very unceremoniously replaced.  Though Destiny's Child won multiple awards that year, including their first Grammy for "Say My Name", Beyonce was an emotional wreck.  The press blamed her for the problems within the group, and the negative backlash from fans about the replacement was mostly directed at her.  She reportedly stopped eating, and would often stay in her room for days unless required to perform.

By the time they released released their chart topping single, "Independent Women Part 1", in 2000, the group was down to three members, Beyonce, Kelly Rowland, and Michelle Williams.  Their third album, "Survivor", went into production in 2001.  At the same time, Beyonce made her debut foray into acting, co-starring in the MTV-produced television musical, "Carmen:  A Hip Hopera".  While the production was a critical and ratings success, it only added to the rumors that Beyonce was using Destiny's Child as a platform for launching a solo career.  The album, "Survivor", went on to debut at #1, spawning multiple #1 hits, including "Bootylicious", and earning the group another Grammy Award.  It also netted them a lawsuit from former members Latoya Luckett and LaTavia Roberson, who felt that the album was directed at them.  Destiny's Child released a Christmas album later that year, and then went on hiatus.

For the next year, Beyonce focused on building her acting career, appearing in such films as "Austin Powers in Goldmember" and "The Fighting Temptations".  She also supplied singles to multiple soundtracks as a solo artist.  In 2003, she released her first solo album, "Dangerously in Love".  Her former bandmates had already released solo albums to mild success.  "Dangerously in Love" was a massive success out of the gate, debuting at #1.  The album has since sold 11 million copies, and made the record books as the only album by a female artist to snag both #1 album and #1 single in the US and the UK at the same time in chart history.  The album went on to win five Grammy Awards, and Beyonce toured in support of the album, successfully, for the next year.  She then returned to the studio to record, "Destiny Fulfilled", the final Destiny's Child album.  They released the album in 2004, and then toured for the next year, announcing the official dissolution of the band in late 2005. 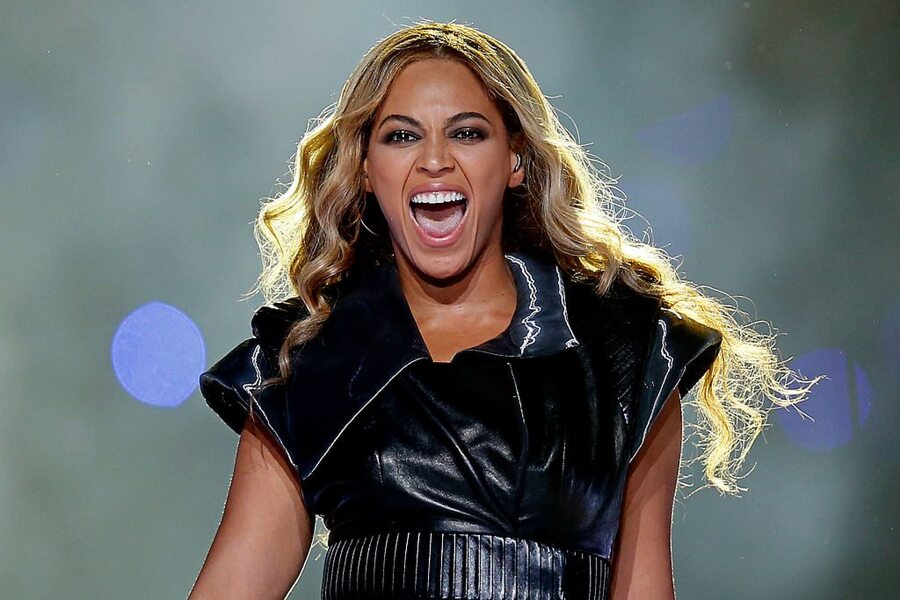 Since then, she has released four more albums, each one a critical and commercial success.  She has launched lucrative endorsement deals with Pepsi, Tommy Hilfiger, Emporio Armani, American Express, Nintendo DS, and L'Oreal.  She has her own line of perfume and her own clothing line called, House of Dereon.  She runs the clothing label with her mother, who designs most of her performance clothing and gowns, and styled the members of Destiny's Child for years.  The clothing line also features footwear, a junior collection, and a mobile game.  She has become an active philanthropist as well, establishing the Survivor Foundation with Kelly Rowland to help provide transitional housing for people misplaced during Hurricanes Katrina and Ike.  She also participated in the "Haiti Now: A Global Benefit for Earthquake Relief" telethon.  She launched the Beyonce Cosmetology Center in Brooklyn, to offer free cosmetology training for men and women, co-sponsored by L'Oreal, and served as an ambassador for the 2012 World Humanitarian Day campaign.  She is currently working with Gucci's "Chime for Change" campaign and with Goodwill.

Somewhere in there, she got married to music mogul and rap star, Jay-Z, and gave birth to their first child, Blue Ivy.  At age 32, with a steady stream of Platinum-selling albums, multiple Grammy Awards, a respectable film career, and a solid family life, the rough early years must seem like a distant memory.  Through line-up changes and in-fighting, her family falling apart, record deals dissolving, lawsuits, and vilification by the press, she has managed to come out very much on top.  The fact that she can release an album without any notice, and still outsell every other artist, is a testament to just how far she has come.  She is the poster child for perseverance, and with 25 years of ups and downs under her belt, you have to admit she earned every bit of her success.  For Beyonce, "if at first you don't succeed, try, try again" proved to be the key to worldwide musical fame.