Benjamin Franklin was a very smart man who loved his country. We all know him for being one of the Founding Fathers of the United States of America. He was also the inventor of bifocals and made important early discoveries about the concept of electricity. You've probably seen Franklin's face on the $100 bill, which is particularly cool when you consider the fact that he wasn't even a US President. That's how important he was to America. When Ben died, he left a very interesting legacy for his two favorite American cities….

After corresponding with a French mathematician named Charles-Joseph Mathon de la Cour, Franklin was intrigued by the concept of compound interest. The mathematician challenged Ben to leave small amounts of money–which would collect interest over time–to later be spent on utopian charity projects. Franklin agreed, and he bequeathed £1,000 (one thousand British Pounds) each to his native city of Boston, Massachusetts and his adopted city of Philadelphia, Pennsylvania. When the trust began in 1785, £1,000 was equivalent to about $4,400 US. Franklin calculated exactly how much money he thought his trusts would grow to, and laid out the details of where he wanted that money to go. 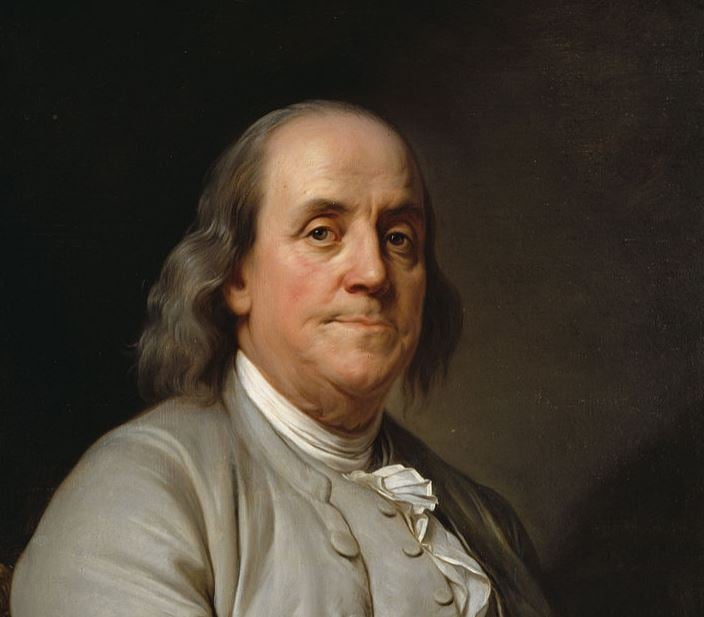 Franklin decided the funds should go to artisans and apprentices because they were "most likely to make good citizens." He himself was an apprentice printer at one time. His plan was for the money to gather interest for 100 years. By his estimation, he believed the funds would be worth $130,000 at the end of that period.

According to his will, Ben wanted $100,000 to go to public works, and the other $30,000 to keep building up interest for another 100 years. He figured the total amount at that point would be around $4.06 million. When 200 years had passed, $3 million was to be given to the state government and the rest to the inhabitants of the town. He wanted the money to be loaned to "young married artificers" who would pay it back at 5% interest rate over 10 years.

Two hundred years after Franklin passed away, the Philadelphia Fund had grown to $2 million! The city initially decided to use $520,000 to promote tourism projects, but later changed its mind after a public outcry. The money eventually was used to help educate young people in applied sciences and trades. The remaining $1.5 million went to the state of Pennsylvania's coffers.

The Boston fund had grown to $391,000 after 100 years, because the city decided to play the stock market with the money. At the 100-year mark, a portion of the funds was used to create the Franklin Union technical school. The majority of the money continued gathering interest.

By 1990, the Boston Fund was worth nearly $5 million. Boston also faced controversy about how to use the money. It took years of fighting, and the State Supreme Court had to step in to make the decision. The highest court of Massachusetts ruled the money would be evenly split between the state and the city of Boston.