Before Ben And Jerry Were Ice Cream Moguls, They Didn't Know Anything About Ice Cream So They Took A $5 Class

By Amy Lamare on August 16, 2019 in Articles › Entertainment

Chunky Money. New York Super Fudge Chunk. Half Baked. Cherry Garcia. Is your mouth watering yet? Mine is. These delicious creations are, of course, from the minds of Ben Cohen and Jerry Greenfield – better known as Ben & Jerry of the ice cream empire. At any given point, at least 40 flavors of ice cream are available. There are also more than 550 Ben & Jerry's ice cream shops across the globe. But I bet you didn't know that when Cohen and Greenfield were thinking about getting into the ice cream game in the late 1970s, neither one of them knew a thing about ice cream – or, for that matter, running a business. 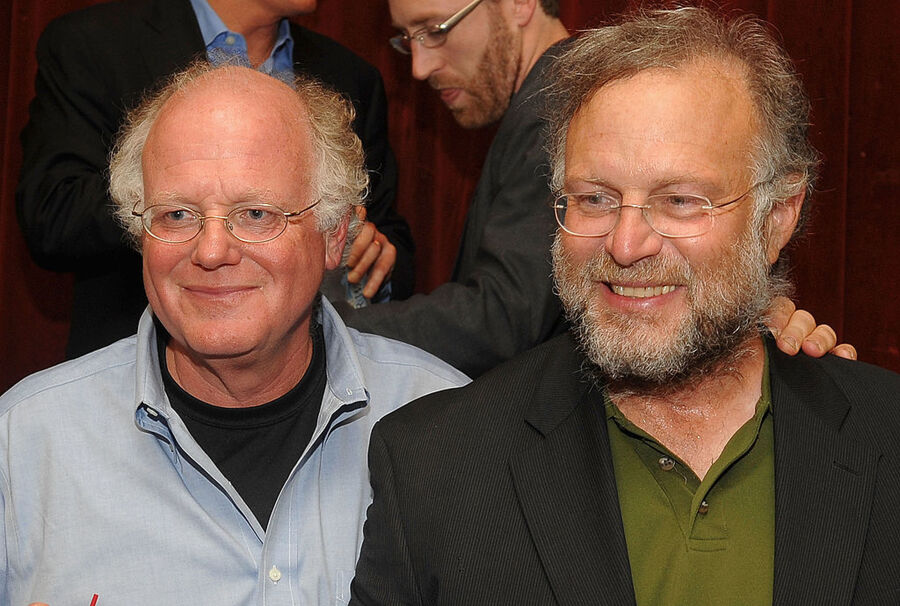 In order to be better businessmen, they split a $5 correspondence course on ice cream production from Penn State. A textbook was sent in the mail, the pair read the chapters, and the tests were open book. The course was first offered by Penn State in 1892, when the agriculture school developed a class on dairy manufacturing. Tuition was free, the $5 charge was for incidentals and lab fees. In 1925, Penn State began offering a class devoted entirely to the production of ice cream – in fact, that course is still offered today. People from Baskin-Robbins, Blue Bell, Good Humor and other sweet dairy treat companies have taken the course, which is offered every January.

Once they had the ice cream thing down, Cohen and Greenfield read a bunch of brochures from the Small Business Administration, which they got at the post office for 20 cents each. They learned how to manage their books and calculate their break even point. That was their "business school."

They chose to go into ice cream simply as a matter of cost. When they decided to start a business the pair considered a number of snack type foods including fondue and bagels. They priced out used bagel making equipment and soon realized it was more money than they had. They found out ice cream was relatively cheap to make so they chose ice cream. They put together $12,000 – $4000 each plus $2000 from Cohen's dad and another $4000 from the bank and opened their first Ben & Jerry's ice cream shop in 1978 in a rundown gas station in Burlington, Vermont.

Going into food at all was an odd choice for Cohen, as he has severe anosmia – a lack of a sense of smell or taste. He relies on how the food feels in his mouth and its texture to give his diet variety. This is how Ben & Jerry's came to have their trademark chunks mixed in with their ice cream.

Cohen and Greenfield didn't expect to be successful. They thought if they could stay in business for a year, it would be amazing. Originally they felt that if they could do the ice cream thing for a few years, they'd sell their ice cream shop and buy a tractor trailer with the money and become cross-country truck drivers.

That never happened. Ben & Jerry's took off almost immediately. The company went public in 1984 and just three years later, nine years after opening the first ice cream shop in that run down gas stations, Ben & Jerry's was worth $30 million ($68 million today, adjusted for inflation). Also in 1987, their ice cream was selling in 35 states. The success brought about a number of legal battles with Haagen-Dazs and its parent company Pillsbury in the 1980s. In 1984, Haagen-Dazs wanted to limit the distribution of Ben & Jerry's in Boston, which prompted Cohen and Greenfield to file a suit against the parent company, Pillsbury. In 1987, Haagen-Dazs again tried to enforce exclusive distribution rights and Ben & Jerry filed another lawsuit against Pillsbury.

In 2000, Cohen and Greenfield sold Ben & Jerry's to Unilever for $326 million. They remained involved with their ice cream company, albeit in a diminished capacity.

From a $5 course on ice cream production and a $12,000 investment to beloved ice cream. Not too bad for a failed potter and med school reject. Today, Ben Cohen and Jerry Greenfield each have a net worth of $150 million.