How Slurpees Made Dhanin Chearavanont The Second Richest Person In Thailand

By Amy Lamare on November 26, 2013 in Articles › Entertainment

Thanks to his $12 billion personal fortune, Dhanin Chearavanont is the second richest person in Thailand. But unlike most of the top billionaires in the world, Dhanin's fortune does not come from a traditional source like a software company or a hedge fund. Instead, Dhanin's enormous fortune was built almost entirely on Slurpees. More specifically, Dhanin amassed his wealth from his stake in the CP Group (Charoen Pokphand), a Bangkok-based conglomerate whose interests that include the largest 7-Eleven group in Thailand. This is the story of Dhanin Chearavanont's incredible rise to the top. 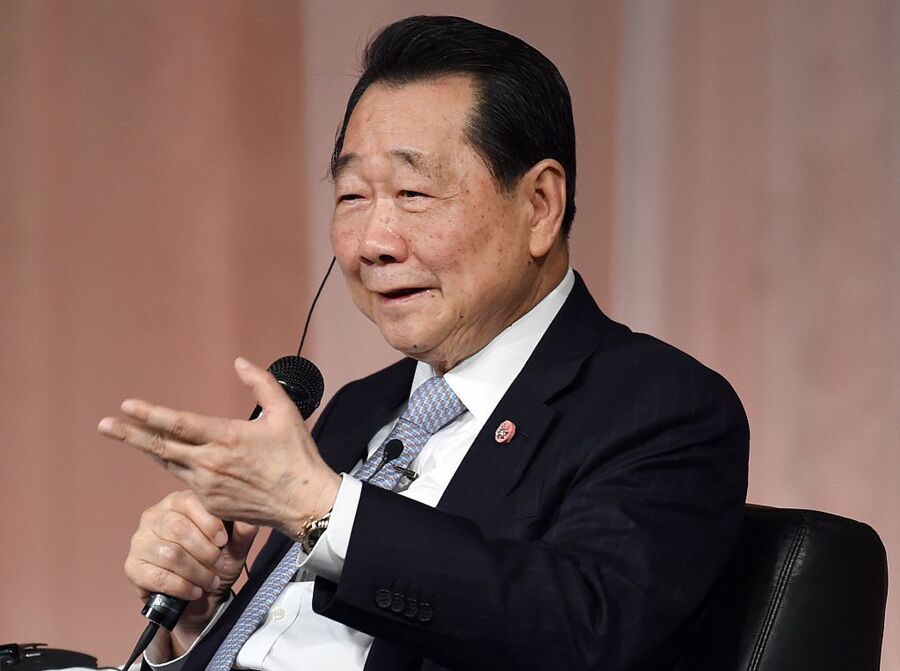 Side note: The King of Thailand is currently the richest person in Thailand with a net worth of $30 billion. That's three times richer than Dhanin Chearavanont!

Dhanin Chearavanont was born in Bangkok, in 1938 to a family of humble means. His father, Chia Ek Chor, had immigrated from China only ten years earlier carrying with him a small stash of seeds to grow cabbage, radishes, turnips, and cauliflower — which were very hard to obtain in Thailand at the time. Chia Ek Chor and his younger brother Chia Seow Hui lived in Bangkok's Chinatown district. Anti-Chinese sentiment was strong in Thailand at the time but together the brothers slowly built a seed trading business that over time grew into one of the largest conglomerates in Southeast Asia.

At a time when Thailand was gripped with a nationalist movement and closed all Chinese schools, Ek Chor sent his son back to China to finish his education. Meanwhile, the father and uncle continued to expand their business across Asia. Ek Chor's business thrived throughout the 1950s and when Chearavanont returned from his education in Hong Kong, he went to work for a slaughterhouse controlled by the government at the insistence of his father.

After five years at the slaughterhouse, Chearavanont joined the family business, The CP Group. The 25-year old soon proved he was skilled at making contacts and connections that were important to growing the business. Chearavanont put a two sided strategy in place to grow his family's business. While he was nurturing the connections that drove the trading side of the business, he also put modern management practices and technology into place in their Bangkok based headquarters. A follower of Feng Shui, Chearavanont also promoted employees who merited it, rather than using nepotism with family members.

The biggest leap forward for Chearavanont happened in the 1980s when China opened up to business from around the world. Where others were hesitant to get into China, Chearavanont, who had been educated there, leapt at the chance. He expanded his business rapidly in China, which got him noticed by Western companies. Under the guidance of Chearavanont, the business diversified into other industries such as retail, real estate, and automobiles. Brands like Honda, Wal-Mart, and Tesco partnered with Chearavanont's company.

Back in Thailand, the CP Group successfully navigated entry into the telecom industry, nailing down lucrative contracts. From 1992 to 1995, CP Group's revenue doubled to $6.5 billion. Debts were also mounting rapidly and when the Asian financial crisis hit in 1997, CP Group's debt looked grim. While the debt was worse on paper than it actually was, creditors panicked and demanded their loans be repaid immediately. Chearavanont did not panic. Instead he took a look at where he had made mistakes, trimmed his interests and sold all assets that were not central to the business. He went into survival mode.

Not only was Chearavanont in survival mode financially with CP Group in the latter half of the 90s, but he was also dealing with a deluge of bad press. Allegations surfaced about a campaign funding scandal in the U.S. causing the press to dig into CP Group's political connections and company structure. At the same time, other businesses were expanding and vying for contracts in telecom in Thailand, offering CP Group more competition than it ever had before.

Chearavanont turned to philosophies he'd learned from his father and his education in China. He took advantage of the crisis as an opportunity to refocus the business, and offer the public (and the press) a measure of transparency. During this time, Chearavanont built a foundation for a much more stable company which allowed CP Group to withstand the avian flu epidemic that put its poultry business in danger in 2004. Where the old company structure would have bent and broken under that kind of pressure, the new CP Group remained strong.

From the mid-2000s on, CP Group has opened thousands of 7-Eleven stores throughout Thailand and Southeast Asia. Chearavanont has been credited with reviving the business and growing it into the behemoth it is today. Chearavanont's CP Group is expanding rapidly in many emerging markets like Russia, Indonesia, and the Philippines. Though he is Chinese by heritage, he considers himself Thai through and through. In fact, the walls of his office are lined with the portraits of Thai royalty.