By Amy Lamare on December 20, 2013 in Articles › Entertainment

It's good to be Daddy's little princess. Especially daddy happens to be a violent kleptomaniac African dictator. This is exactly how Angolan "entrepreneur" Isabel Dos Santos "earned" a $4 billion fortune while her countrymen starve. Never heard of her? Well, today, pop singer Mariah Carey has found herself in a boiling pot of controversy after it was revealed that she accepted more than $1 million to perform a two hour concert event last weekend for Isabel's dad: President Jose Eduardo dos Santos of Angola. Mariah is catching flack because Jose dos Santos is considered to be "one of Africa's chief human rights violators and most corrupt tyrants", according to the nonprofit Human Rights Foundation. Sadly, this is not the first time Mariah has faced controversy for a private performance. In 2008, she was paid more than $1 million to perform a four hour New Year's Eve party in St. Barts for the family of Libyan dictator Muammar Gaddafi. Years later, when this concert was exposed, Mariah offered to donate her earnings to charity but it's unclear if that ever actually happened. Here is a photo of Mariah with the President, First Lady and First Daughter of Angola:

What makes this most recent incident especially embarrassing for Mariah is the fact that it would only take a few minutes of googling to understand that Jose Eduardo dos Santos is a really bad guy. Since becoming President of Angola in 1979, Jose has executed thousands of his own people, including rival politicians, journalists and activists. To make matters worse, the concert was supposedly a charity event to raise money for the Angolan Red Cross. How much did the event raise? A grand total of $65,000. Not enough to even cover a fraction of the fuel needed to power Mariah's private jet in and out of the country.

And Jose isn't the only bad egg in the dos Santos family. Over the last 30 years, the dos Santos family has looted the country's most valuable natural resources, oil and diamonds, for their own personal gain. While the average Angolan citizen lives off $2 a day, Jose and his family have literally stolen billion dollar personal fortunes. Don't believe me? His eldest daughter Isabel Dos Santos, just happens to be the richest woman in Africa. Isabel supposedly earned her multi-billion dollar fortune as an "entrepreneur" and "investor", but the truth is she owes her entire fortune to daddy's brutal 30 year dictatorship. Isabel also happens to be the "President" of the Angolan Red Cross. The mobile phone conglomerate she owns, Unitel, also just happened to be the main sponsor of Mariah's concert.

Isabel Dos Santos was born on April 1, 1973 in Baku, Azerbaijan. Her father was elected President of Angola on September 21, 1979. As Isabel was growing up in the Presidential Palace, the Angolan economy was shackled by ongoing civil war and President Dos Santos' socialist regime. "In the 1980s you'd go to the supermarket and there would only be noodles on the shelves. There wasn't much there," says University of Southern California associate professor emeritus Gerald Bender, who's been studying Angola since 1968. 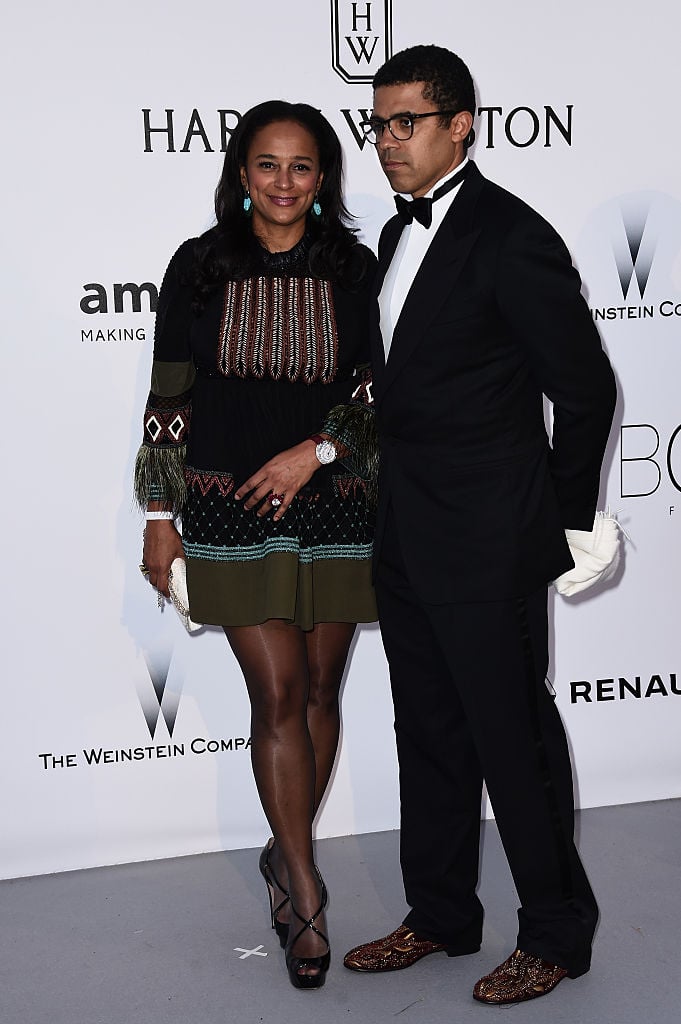 Isabel attended King's College in London and earned a bachelor's degree in engineering. At the end of 1992, Isabel abruptly left London for Luanda, Angola's capital city, after reportedly receiving death threats. Soon after she returned from Angola, Isabel, with the help of her father, set up a trucking company. The trucking company's walkie-talkie systems were Isabel's first foray into the world of telecommunication.

As the civil war in Angola wound down, President Dos Santos began embarking on veritable mission of kleptocracy that has defined his regime ever since. Over the past decade Angola has been one of the world's fastest-growing economies. Despite this wealth, very little of it has made it to the people of Angola, with 70% of Angolan citizens living on less than $2 per day. By the government's own admission, 10% of the country goes without food altogether due to drought and bureaucratic neglect.

Today Isabel sits atop many of Angola's top industries – banking, diamonds, cement, and telecom. Isabel's representatives adamantly deny that her father had anything to do with her success. Isabel's defenders refer to her has a "brilliant investor" who started completely from scratch with no help at all. On the other hand, these claims proved difficult to defend after it was revealed that Jose personally transferred extremely valuable public assets directly to his daughter.

In the late 1990s, telecommunications was transforming Angola. In 1999, President Dos Santos issued a decree that all telecom licenses must be a joint venture with the Angolan government. When the first foreign mobile phone company, Unitel, entered the Angolan market, the government retained the rights to be the sole deciding power on the shareholders. Isabel was given 25% stake in Unitel. Today there are just two mobile phone services in Angola. Unitel's revenue in 2012 was $2 billion and it is Angola's largest privately held company. Isabel's 25% stake in Unitel is worth $1 billion.

With the help of her father, Isabel Dos Santos continued to build and diversify her Angolan business interests. She owns a 25% stake in Banco Internacional de Credito, a partnership between the Dos Santos family and a Portuguese billionaire named Americo Amorim. Isabel reportedly holds a 25% stake in BIC, worth at least $160 million.

They say that diamonds are a girl's best friend, and for Isabel, that has certainly proved true for Isabel. In 1999, Jose dos Santos forged a diamond selling partnership to tap into Angola's vast natural resources. Angola is the world's fourth-largest diamond producer. This new company was called Ascorp. To launch the company, President Dos Santos partnered Russian arms dealers who were given 24.5% of the company, while the government kept 51% of Ascorp. Isabel Dos Santos wound up with the remaining 24.5%. The company yielded millions of dollars in dividends each month. Isabel transferred her shares to her mother in the mid-2000s when the "blood diamond" industry garnered international negative attention.

A huge part of Isabel's $4 billion fortune comes from oil, which is Angola's greatest natural asset. The state-owned oil firm, Sonangol, is insanely profitable and Isabel reportedly has a stake in the oil company through a Swiss company, Exem Holding. Isabel's shares are worth another $1 billion. While Dos Santos' involvement with Exem Holding cannot be verified, the trail of characters from her husband, to her BIC partner Americo Amorim point straight to her and Jose.

Isabel Dos Santos' investments pay out huge dividends, allowing her to buy even more assets in companies seemingly not related to the exploitation of Angolan properties. She owns a stake in a Portuguese oil company called GALP and a $500 million stake in Portuguese cable TV company ZON Media.

Isabel dos Santos is one of the most public examples of egregious nepotism, kleptocracy and plundering walking the planet today. As much as she would like the world to believe in her brilliant eye for investing, the truth is 100% of her fortune is ill-gotten and downright wrong. She proves once and for all that if you want to be a billionaire and have Mariah Carey perform a private concert, it helps if you're the son or daughter of a brutal murderous dictator.