By Amy Lamare on December 4, 2016 in Articles › Entertainment

The Beastie Boys' Adam "Ad-Rock" Horowitz is stepping up to support Planned Parenthood. He is teaming up with Keep, a Los Angeles-based vegan footwear company on a new shoe. The "Ramos Ad-Rock "was designed for winter warmth and is lined in "synthetic fleece and accented with channel quilted, silicon coated nylon." The black shoe has bright pink laces that are a nod to Planned Parenthood. Proceeds from the sale of the $97 shoe will go to Planned Parenthood.

In a statement Ad-Rock said:

"Winter's cold and I couldn't find a warm sneaker to walk around in. Given the outcome of our current election, it's gonna get a lot colder before we can feel that summer sun again. So I collaborated with my friend Una [Kim, founder] of Keep shoes not just because I wanted warm sneaks, but because I support small business. I support women run business. I support Asian-American run business. Net proceeds of this shoe will be donated to Planned Parenthood because I support a woman's right to choose and feel that women should not be punished for making decisions about their own lives and bodies. If you have similar beliefs, you might wanna grab a pair. Or, if you simply support fresh styles, then you too can be part of what peeps in Keeps are doing." 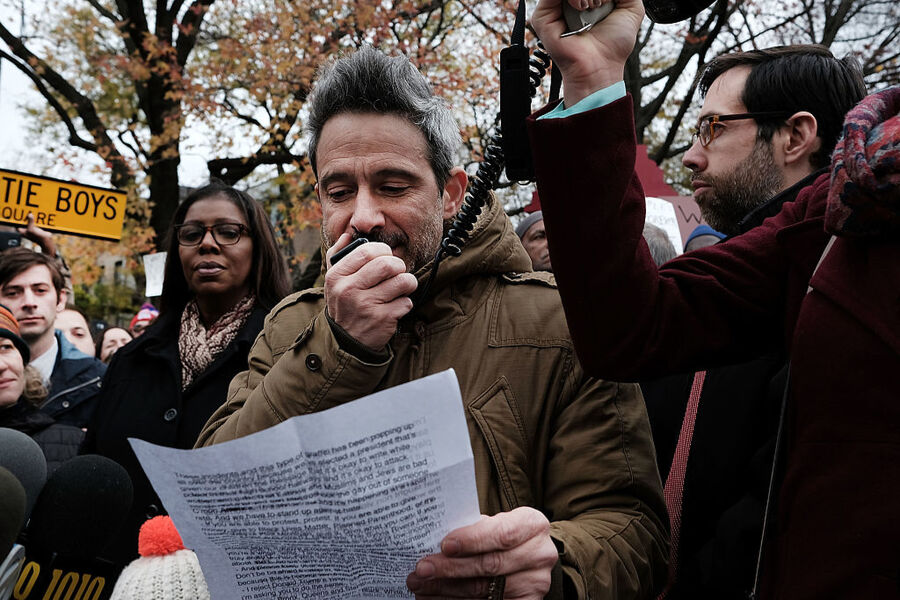 The Beastie Boys have come a long way since their 1986 debut album Licensed to Ill. was released. In particular, the song "Girls" is one of the most misogynistic songs of not only the 1980s, but of all time. Eventually, the Beastie Boys realized this. On the band's 1994 album Ill Communication the late Adam Yauch sang on "Sure Shot:"

"I want to say a little something that's long overdue

The disrespect to women has got to be through

To all the mothers and sisters and the wives and friends

I want to offer my love and respect to the end."

In November, Ad-Rock hosted a rally at Adam Yauch Park in Brooklyn, during which he gave a passionate and stirring anti-hate speech. The park was renamed for the beloved, late MCA in 2013. Recently, the park was defaced with anti-Semitic, pro-Trump graffiti.

With this shoe to benefit Planned Parenthood, Ad-Rock joins a growing list of artists and celebrities donating to charity following the election of Donald Trump.

The "Ramos Ad-Rock" is available for pre-order now and will ship in February 2017.