A Batpod Prop Seen In 'The Dark Knight' Is Up For Auction, Estimated To Be Worth At Least $80,000

By Joseph Gibson on September 15, 2016 in Articles › Entertainment

Here's some exciting news for movie memorabilia enthusiasts, particularly those who enjoyed watching the famous Batpod in action in The Dark Knight and its sequel The Dark Knight Rises. A Batpod prop, seen in both film, is being put up for auction. Now, before you get lost in reverie imagining yourself speeding through your neighborhood like Bruce Wayne if he didn't have any formative psychological trauma to contend with, I should probably get the bad news out of the way first: While an authentic piece seen in The Dark Knight Rises, it is a "non-functional 'rolling only'" one, with the throttle controls, the fuel tank, and the battery having been removed.

Even though you won't be able to use this Batpod like Batman was able to, it's still a pretty incredible display piece, with years' worth of authentic wear thanks to its having been used in not one but two Batman adventures. The motorcycle-like design was the brainchild of director Christopher Nolan and production designer Nathan Crowley, while effects supervisor Chris Corbould was the one who made it into a reality, which is a pretty impressive pedigree even for a vehicle that's no longer functional. And after all, once you get it into your house there's nothing that would stop you from rolling it around the block a couple times, if you felt like it. 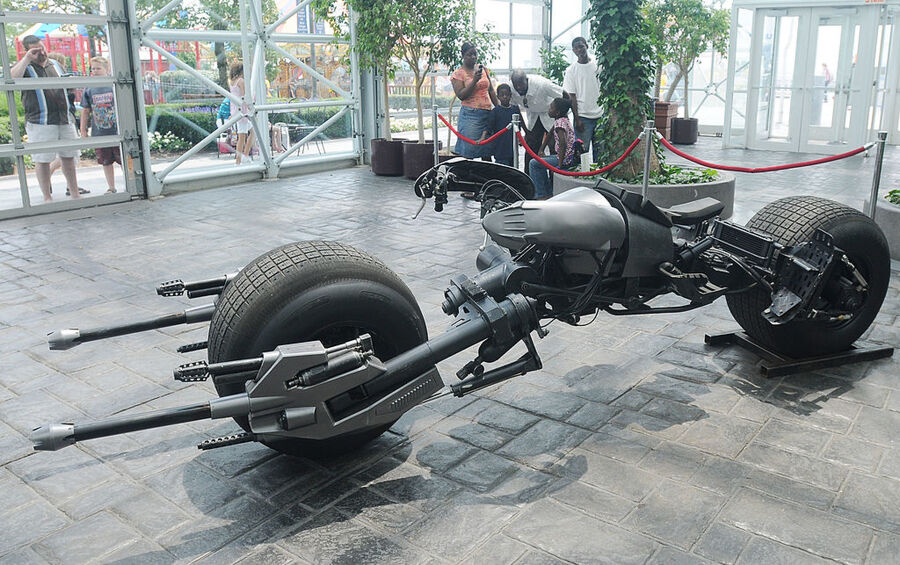 The "Hero Batpod Vehicle" from The Dark Knight and The Dark Knight Rises (almost identical to the one seen above) is part of Prop Store's Entertainment Memorabilia Live Auction, and you can check out its listing right here if you feel like placing a bid. According to Prop Store itself, the item will end up fetching at least around $80,000, so be sure to check with your accountant before doing anything rash.