By Amy Lamare on January 20, 2020 in Articles › Entertainment

Do you have a dog? I bet he or she is your best friend. Mine is. My chocolate lab is almost 15 years old with the energy of a puppy. Do you know why? Well, yes, she's really spoiled, but I also feed her Gentle Giants dog food. The motto of the company is "half the price, twice the life," and it is the brainchild of Batman actor Burt Ward and his wife Tracey. The couple fell in love with giant breed dogs (Mastiffs, Great Danes, St. Bernards, Newfoundlands, etc.) and the sad fact is that these gentle giants have very short lifespans – sometimes as short as five or six years. So Ward and his wife set out to create a food that the dogs would not only enjoy but thrive on. The resulting product has enabled some of Ward's dogs, even the giant breeds, to live to be as old as 27 years old. Oh, and Burt and Tracy also run a dog rescue for giant breeds where they nurse the dogs back to health and adopt them out. The couple has saved over 15,000 dogs. Can we just give Burt and Tracey Ward the best human beings of all time award now?

Ward has been a famous actor for more than five decades, but he was popular in the days before TV stars made crazy money. At the beginning of Batman's three-season run, Ward was paid $350 per week ($2,751 adjusted for inflation). In fact, during the filming of the classic television show Batman, Ward was required to perform his own stunts because his costume revealed more of his face, making it less practical for all of his stunts to be performed by a stunt double. Later, Ward discovered that he was being paid the minimum wage allowed by the Screen Actors Guild, while a stunt double was paid per stunt. Having Ward perform his own stunts was a cost-saving measure. So, where did Ward come up with his $20 million net worth? 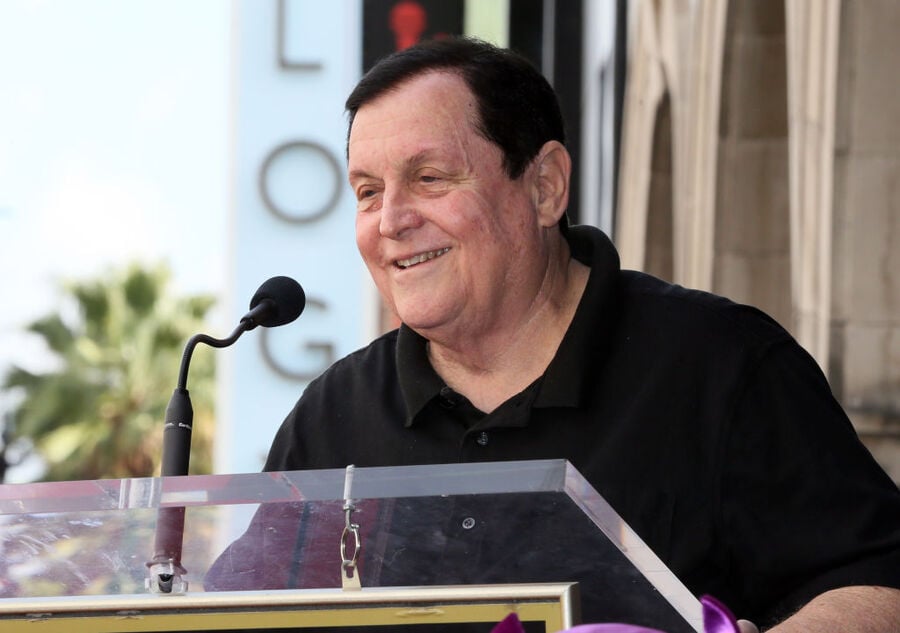 In 1989 leveraged buyout king Victor Posner sent his daughter Tracey to California to make an investment in Ward's company. The two hit it off and talked for 12 hours on that first meeting. Oh, and they also fell in love. Tracey's dad owned thousands of businesses, but two of the most well-known were fast-food chain Arby's and RC Cola. He always told his daughter not to fall in love with an actor or move to Hollywood. Well, after that initial visit, Tracey went back to the East Coast and told her dad she'd fallen in love with an actor and was moving to California. Posner offered Ward $10 million to let his daughter go. Ward turned him down. It was true love. Now, 31 years later, the couple is still together and running a very successful dog rescue and adoption business as well as producing the aforementioned Gentle Giants dog food, which helps dogs live longer and healthier lives. Oh, and Victor Posner died in 2002 at 83 with a net worth of $600 million.

Burt and Tracey got married in 1990. Their daughter, Melody Lane Ward, was born on February 16, 1991. In 1994, the couple opened Gentle Giants Rescue and Adoptions. What are giant breed dogs? Well, giant breeds include Great Danes, English Mastiffs, Borzi, Irish Wolfhounds, Neapolitan Mastiffs, Bullmastiffs, Spanish Mastiffs, American Mastiffs, Andronicus Mastiffs, South African Boerboel Mastiffs, French Mastiffs, Dogue de Bordeaux, Fila Brasileiro, Saint Bernards, Great Pyrenees, Newfoundlands, Sasquatch, and Leonbergers. And trust me, if you've never had a giant breed dog (I have, an English Mastiff), you need to know that each and every one of them is convinced they are a lap dog. And they are all gentle. And their tongues are as big as your face.

Over the past 26 years, Burt and Tracey have rescued more than 15,000 dogs. As they went along in their rescue business, they noticed the shortened life span of the lovely giant breed dogs and set out to do something about it. The Wards hit upon nutrition as a possible way to get more years out of these gentle giants. The Wards' formula for longer dog life includes early spay/neuter at 5-6 months old, plus their feeding program which is all-natural, high nutrition, balanced protein, and low fat. The Gentle Giants dog food formula protects dogs against bloat and torsion, which is a common killer of large and giant breed dogs.

Burt and Tracey sell their Gentle Giants food at cost because they believe in providing dog owners with more time with their beloved best friends more than profiting off their nutrition discovery. On Gentle Giants, some dogs, even giant breeds, have lived well into their 20s. Now, my dog and I made a "paw shake" deal when she was 11 that she'd live to be 20, and with Gentle Giants dog food, I have actual hope that she might!

At any given time, Burt and Tracey Ward have 50 dogs in their home and on their property. These giant breed dogs weigh upwards of 100 pounds and often more than 200 pounds. This couple has opened their hearts and wallets to these wonderful dogs and found a way for you and me to help our dogs live longer, healthier lives as well.