By Brian Warner on May 2, 2014 in Articles › Entertainment

When a billionaire dies nowadays, typically the only people who see any benefit are trust fund babies and gold digggers. More often than not, a hard-earned fortune ends up supporting a very small group of idiots who end up accomplishing absolutely nothing in their lifetimes. On the other hand, recently some billionaires have agreed to sign Bill Gates' and Warren Buffett's Giving Pledge. The billionaires who sign this pledge, are agreeing to leave half their fortune to charity when the die. As commendable as this is, it would be nice if we had more billionaires like Paul Ramsay in the world. Paul died yesterday at the age of 78.  He did not sign The Giving Pledge. He also never married and never had any kids. So what's happening to his $3.4 billion fortune? Turns out he left it all to charity. Not 50%. Not 75%. 100%. This is his amazing story…

Paul Ramsay was born in Sydney, Australia in 1936. He grew up in Burradoo, which is a suburb of Bowral, the largest city in the Southern Highlands of New South Wales. He attended St Ignatius College, Riverview followed by the University of Sydney where he dropped out before graduating. 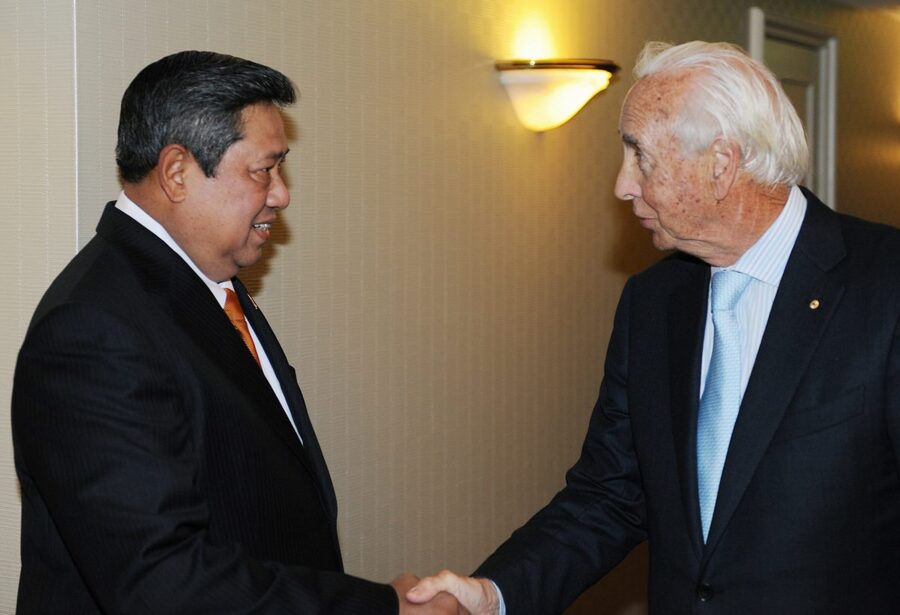 In 1964, at the age of 28, Paul purchased a guest house on Sydney's North Shore and converted it into a 16-unit psychiatric hospital. It was one the first private psychiatric hospital in all of Australia. He soon renamed the company Ramsay Health Care and in 1978 began purchasing surgical centers, private hospitals and rehabilitation centers all over Australia. Over the next several decades, Ramsay Health Care expanded outside of Australia into Malaysia, Indonesia, the United Kingdom and France. Today the company employs over 30,000 people and treats over 1 million patients every year at 151 private health care centers.

The company generates more than $2.5 billion a year in revenue and has a market cap of $9 billion. Paul Ramsay was still the largest individual shareholder with a 36.2% stake at the time of his death. He also owned stakes in several Australian media companies and sports teams. At the time of his death, Paul was one of the 10 richest people in Australia.

Paul Ramsay died on Thursday, May 1, at the age of 78 after a suffering from a short illness related to a recent heart attack. A week ago, Mr. Ramsay suffered a heart attack while vacationing on his private yacht off the coast of Spain. He was quickly transported to a hospital on the island of Ibiza and was then flown by private jet to a hospital in Australia.

Upon his death yesterday, Ramsay's executors revealed the shocking news that his entire $3.4 billion fortune would be left to charity. That's enough to be the largest single donation in the history of Australia. Paul's will dictated that his 36.2% stake in Ramsay Health Care (roughly 73 million shares) would go to The Paul Ramsay Foundation. The Foundation, which instantly just became one of the largest in Australia, will earn money through the company's annual dividends. In 2013, Ramsay Health Care paid a dividend of $0.70 per share. If that stays the same going forward, the Paul Ramsay Foundation will earn a minimum of $51 million per year to give out to various causes. The foundation will also slowly sell off small stakes in the overall holdings so as to not cause a price shock in the public markets.

Not much is known about what types of charities this new behemoth foundation will support, but during his life Paul donated to a wide variety of causes. He pledged millions of dollars to support prostate cancer research, and Australia's most financially vulnerable citizens. On a lighter note, Ramsay personally donated $300,000 to support Kevin Spacey's charity that supports struggling actors, directors and writers. As we mentioned previously, Paul never married and never had any children. He is survived by a twin sister and a brother.

What an amazing man! Forget giving half your money to charity! Give it all away! We need more billionaires like this.