It takes a certain kind of athlete to continue making millions long after their playing days are over. Golf legend Arnold Palmer is one of those people. He made $3.6 million in prize money during his 52 years playing golf on the PGA Tour and the Senior Tour. He won 62 PGA Tour titles from 1955 to 1973 and was one of the 13 original inductees into the World Golf Hall of Fame.

$3.6 million is a decent amount of money, but not really enough to sustain Palmer and his family for the 43 years between his last win and his September 2016 death at 87 years old. Fortunately, Palmer was a savvy guy. He made more than $40 million a year thanks to endorsements, licensing agreements, and 500 retail stores selling Arnold Palmer branded clothing and footwear in Asia.

Arnold Palmer was born in 1929 in the blue collar steel mill town of Latrobe, Pennsylvania. His father was the golf pro and greenskeeper at Latrobe Country Club, which gave young Arnold access to the golf course from a very young age. He attended Wake Forest University on a golf scholarship. However, after a close friend died, he dropped out and enlisted in the U.S. Coast Guard. He served in the Coast Guard for three years and then returned to college and golf. Palmer turned pro after he won the U.S. Amateur title in 1954. In late 1959, he was making less than $10,000 a year when he hired Mark McCormack to be his business manager. The following year, McCormack founded the sports agency IMG and Palmer won two major titles. 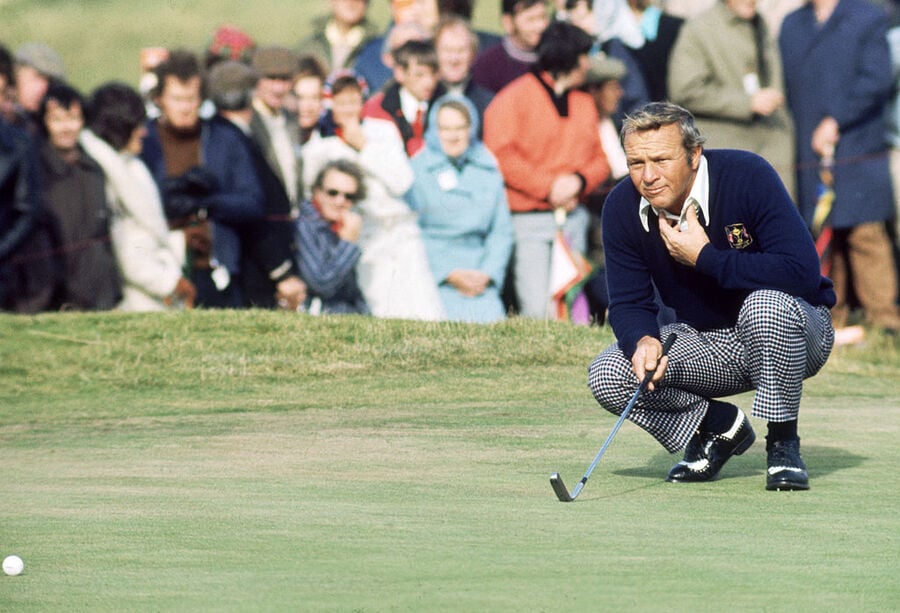 Palmer's popularity grew by leaps and bounds thanks to the growth of television and golf being broadcast across the country. His rivalry with fellow golfers Jack Nicklaus and Gary Player kept audiences tuning in. In 1961, after just two years with McCormack as his manager, Arnold Palmer was making $500,000 in earnings off the golf course.

McCormack and Alastair Johnson, CEO of Arnold Palmer Enterprises, turned Palmer into the ultimate pitchman. He had dozens of endorsements with companies that included Cadillac, Hertz, Pennzoil, and others. In 2014, Rolex extended its deal with Palmer for another 10 years. At the time the legendary golfer was 85-years-old and had been in a partnership with the watchmaker for half a century.

Golfers are an attractive option for businesses and brands looking for a spokesman. Golf traditionally reaches a demographic with high levels of disposable income. Golfers also have a much longer career than say, your typical NFL player. A golfer can play the game and stay in the spotlight for decades. An NFL player's average career is around three years. Additionally, golf has an international appeal.

In addition to endorsements, Palmer was also active in a golf course design firm he founded in the early 1970s. He was also instrumental in founding the Golf Channel and owned the Bay Hill Golf Course in Orlando, Florida for more than 40 years.

As Palmer got into his 80s, Alistair Johnson focused on licensing deals such as lending Palmer's name to a line of drinks with the AriZona Beverage Co. that generates $200 million a year for the company—which is one-fourth of the company's revenues – and several million annually for Palmer himself.

Palmer created the model that every athlete wants to follow. He had a long, successful, lucrative career in his sport and then he went out and made about 240 times more money in the 43 years between his last professional golf game and his death.

Arnold Palmer is the third highest-earning athlete of all time with earnings of $1.35 billion since 1954. Remember, only $3.6 million of that is golf winnings. He had a net worth of $700 million. Arnold Palmer was a legend on and off the golf course.