By Amy Lamare on August 30, 2019 in Articles › Entertainment

The legendary Aretha Franklin died a little over a year ago, on August 16, 2018 at age 76. She had been gravely ill and in hospice care prior to her death. Tributes poured in admiring her life and career. Barack Obama said that Aretha Franklin "helped define the American experience." It was thought that Franklin did not have a will when she died. Further complicating matters the IRS soon came calling and filed a lien for $7.8 million in back taxes and penalties for 2012 to 2018. Fortunately, the Queen of Soul's estate could afford that – when she died, Aretha had a net worth of $80 million. She also had a whole bunch of uncashed checks totaling nearly $1 million!

According to newly filed court documents looking at her assets, she had $988,656.17 in uncashed checks in her possession when she died. Two totaled  $702,711.90 from Sound Exchange and the Screen Writers Guild. The rest totaled $285,944.27 and came from her publishing company Springtime Publishing, EMI, BMI, Carlin Music, and Feel Good Films. 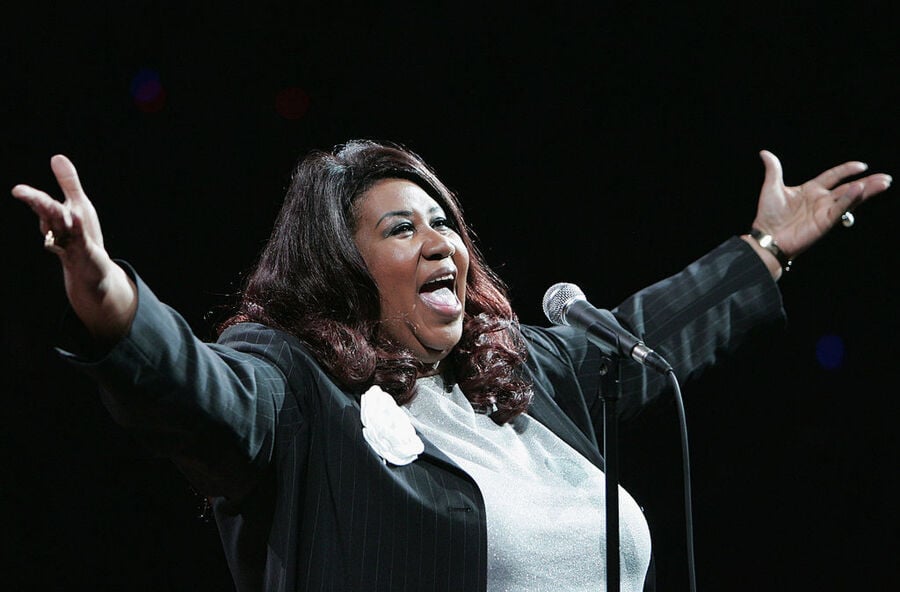 Because Aretha didn't seem to have a will when she died, her estate was going to be divided equally between her four sons. However, three months ago three handwritten wills were found – including one in a spiral notebook hidden under her couch cushions dated 2014. The other two were dated 2010 and were locked in a cabinet. If the wills are found to be valid, it will change the distribution of her estate. Her oldest son, Clarence, who she had when she was 12 year old, is in a group home and the will provides for his care and needs. Her other three sons, Edward, Teddy, and Kecalf each receive one of her homes.

By the way, this isn't the first time the Queen of Soul didn't cash her paychecks. Back in 2016, some checks from 2012 that she never cashed had to be reissued.