Is Apple Pulling Out Of The Beats By Dre Deal??? That's A Rumor. And Believe It Or Not, Tyrese Gibson Could Be To Blame…

A potentially earth shattering rumor is starting to gain a little bit of traction and credibility involving Apple Inc's reported intentions to acquire Beats By Dre for $3.2 billion. Let me just re-iterate that, at this point, these rumors are still mostly just rumors. Then again, considering the fact that more than two weeks have gone by since the acquisition was supposed to be confirmed, at the very least, everyone is wondering what the heck is going on. To make the situation even more tantalizing, there are reports that entire deal was derailed because of a vulgarity-laced video that a clearly inebriated singer/actor Tyrese Gibson posted to Facebook late on the night the deal was announced. 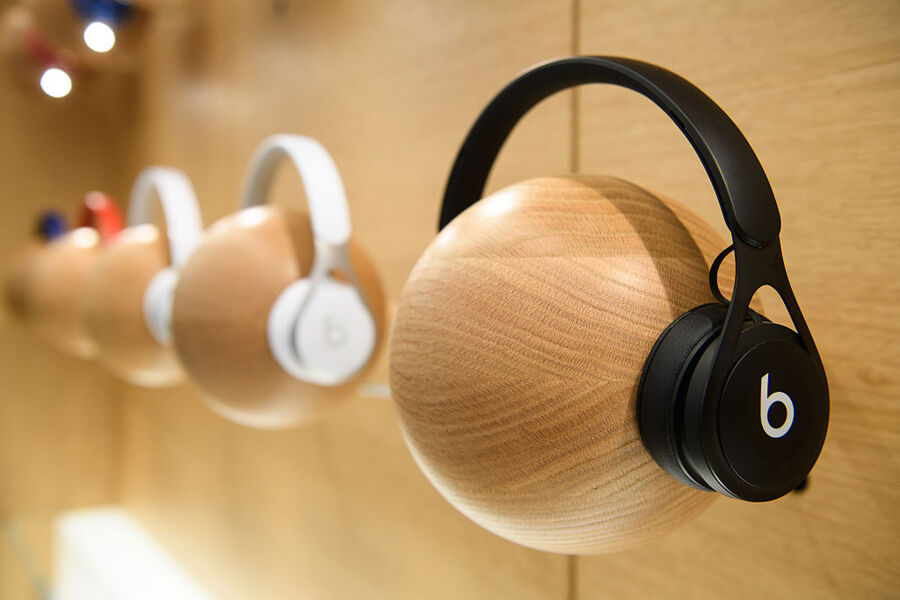 To re-cap (just in case you just woke up from a two week coma): On May 8, the Wall Street Journal confirmed rumors that Apple would be acquiring headphone maker Beats By Dre for $3.2 billion. The specifics of the deal were not detailed but the official announcement from Apple was expected to come three days later, on Monday May 12. At that acquisition price, company founders Dr. Dre and Jimmy Iovine, who each owned a 25% stake, would each be $800 million richer before taxes. After taxes Dr Dre wasn't quite a billionaire. When combined with his $200 million non-Beats related fortune, we pegged Dre's net worth post-acquisition to be roughly $735 million. Still plenty to leapfrog both Jay-Z and Diddy to become the richest rapper in the world.

If you are a frequent visitor to Celebrity Net Worth, you may have heard that the announcement sent so much traffic to our site, that our servers died. For two days straight. There was a point where literally 60,000 new visits per second were pouring into the various articles we have on the site about Dr. Dre, Jimmy Iovine, Beats By Dre etc… Unfortunately, our servers couldn't handle the traffic and the site went down. It was a very stressful situation, but we're very happy that everything recovered nicely and now our setup is around 100 times more advanced to handle a similar situation in the future. If you're curious, I detailed everything in this article once we came back online: Dr Dre Broke Celebrity Net Worth. But back to the situation at hand…

Is Apple Getting Cold Feet?

After reports of the deal started to leak, a lot of people in the business world were really confused. Why would Apple spend $3.2 billion, it's largest acquisition in company history, to purchase Beats By Dre? Some industry analysts thought the deal made absolutely no sense at all. One prominent tech founder and Venture Capitalist tweeted "How is tech's most valuable company also its dumbest?". One of the major criticisms of the deal is that it is so out of character and potentially inappropriate for Apple. Critics have pointed to the fact that, in terms of quality, Beats headphones receive generally negative reviews from experts and users alike. Also, their music streaming service Beats Music has a paltry 200,000 subscribers (by comparison, Spotify announced four days ago that it passed 10 million subscribers). Finally, while Beats headphones look cool as a fashion accessory today, some analysts think they are a fad.

A parallel could be drawn to Flip Video cameras. In 2009, Flip Video, the maker of trendy handheld HD cameras, was acquired by Cisco for $590 million. With the advent of more advanced smartphones, Cisco was forced to write off its entire acquisition less than two years later.

Another possible wrinkle is that the deal may have been leaked too early for Apple's conservative blood. Keep in mind that, at $3.2 billion, this will be the largest acquisition in the company's more than 30 year history. It tops the previous record by $2.8 billion. Considering the sheer size, Apple would have wanted to dot absolutely every "i" and cross every "t" well before a press release was remotely ready.

And speaking of Apple's conservative blood, believe it or not, the biggest complication may actually have been caused by none other than Fast & Furious actor Tyrese Gibson. Late on the evening of May 8, Tyrese posted the a profanity laced video to Facebook with the caption:

In the video, which lasts 1 minute 23 seconds, Dre, Tyrese and a group of friends are clearly very excited about the Beats deal. They also seem to be pretty drunk. Just after the one minute mark, Dre looks right into the camera and proclaims:

"The First billionaire in hip hop, right here from the muthafukin West Coast. Believe it."

This statement makes the entire room explode. Tyrese starts to crip walk and goes on a rant that features quite a few n bombs and f bombs. After getting more than 12,000 "likes" in a few hours, Tyrese mysteriously removed the video. Thankfully someone grabbed it and uploaded to Youtube. You can watch the whole thing for yourself here:

Ignoring the fact that the deal was not officially ready for the public discussion, clearly this is not how Apple would want its biggest acquisition of all time to be announced or celebrated. To give you some perspective, when Google acquired Youtube in 2006 for $1.6 billion, it was considered slightly controversial that the founders released went ahead and released this video titled "A Message From Chad and Steve" on the morning the news went live:

Clearly the two approaches are different.

Ok Ok Ok enough speculation. The other very simple explanation for why this deal hasn't officially closed is that it's just taking a little longer than we all expected. Many proponents of the deal believe that paying $3.2 billion for a company with high margins and billions in annual revenue is an absolutely fantastic move for Apple. Maybe Apple just needs time extra attention considering the size and complexities of what would be their biggest purchase in history. It can not be denied that bringing Dr. Dre and Jimmy Iovine on as Apple executives would give the company an extremely valuable fresh perspective.

Another very possible explanation for the delay is that Apple wanted to wait to official announce the deal at the World Wide Developer Conference (WWDC) which takes place June 2 – June 6. Assuming this is true, it's probably also true that Apple had intended to announce the deal at WWDC all along but somehow the details got leaked about a month early. This is not an ideal situation, but in theory shouldn't be too big of an obstacle to cancel the entire acquisition. If we get through June 7 (two weeks from now) and we still don't have a confirmation… that would be a really really really bad sign.

Only time will tell at this point. We will obviously be staying on top of this story as more info comes out. In general though, what do you think of Apple buying Beats? Good move or stupid?