Mehta was born in India and grew up in Canada. He developed a curiosity for how things worked at a young age. Perhaps because of his innate curiosity, he wasn't sure what he wanted to do after college, so he signed up for an engineering course at the University of Waterloo. After college, he worked at a number of technology companies including BlackBerry and Qualcomm before moving to Seattle to take a job as a supply chain engineer at Amazon. He was tasked with developing fulfillment systems to get packages from Amazon's warehouses to customers' doors. During his Amazon years he learned that he liked to build software and he wanted to be challenged. He wasn't challenged at Amazon, so he quit. 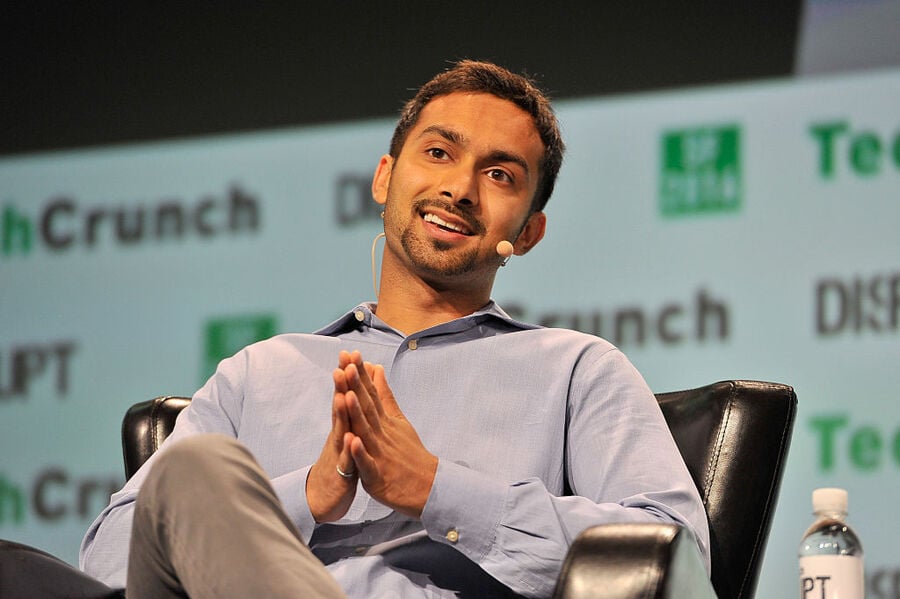 He spent the next two years founding startups. Mehta estimates that he started 20 companies before Instacart. He built an ad network for social gaming companies and spent a year developing a social network for attorneys. He liked putting himself in the position where he had to learn about an industry and solve problems for them. All of these companies failed. He realized the common theme wasn't that his product didn't work, it was that he didn't care about the product. He didn't care about lawyers.

So, Mehta turned his attention to the problems that he encountered in his day to day life. He lived in San Francisco and didn't have a car. He enjoyed cooking but couldn't get the groceries he wanted close to his home. It was 2012 and people were literally doing everything online—meeting, shopping, watching movies, but not grocery shopping. He felt like he'd hit on an idea and less than a month later, he'd coded a rudimentary version of an app for people who wanted groceries and another for those who were shopping for those groceries for the customer. At first, Mehta went to the stores and delivered the groceries himself.

Of course, the idea of ordering groceries online and having them delivered wasn't new. Home Grocer and Webvan tried to do that during the first dot-com boom and famously imploded during the bust. Mehta wasn't worried. He felt that the timing wasn't right for the grocery delivery pioneers of the early 00s. After all, everyone has a smart phone today and people were comfortable using apps for transactions.

Mehta established partnerships with Whole Foods, Target, and Safeway. But the growth of Instacart wasn't always easy. In 2015, Instacart was hit with a class-action lawsuit alleging that the people who shopped for and delivered groceries for Instacart were not the independent contractors the company was claiming they were. Instacart made its shoppers part time employees.

Mehta brought more stores into the Instacart experience. Albertsons, Kroger, CVS, and Costco are now available on the app.

Last June, Amazon announced it was acquiring Whole Foods, Instacart's biggest customer. This could spell trouble for Instacart. Amazon is, after all, a master in supply chain fulfillment. Mehta should know this, he helped build their systems. Amazon could also end Whole Foods' deal with Instacart. But, so far so good. After all, many Instacart customers are not just getting goods from one store. They need a rotisserie chicken from Whole Foods and dog food and diet coke from CVS.

Apoorva Mehta is a prime example of the old adage: "If at first you don't succeed try try again."

Apoorva Mehta has a net worth of $400 million.