How Antoine Walker Blew Through $110 Million

By Joey Held on December 9, 2014 in Articles › Entertainment

The NBA lifestyle is often portrayed as a glamorous one. Young men earning millions of dollars, buying luxurious cars and homes for their family, bling for themselves, and all kinds of partying in between. But that seemingly endless bank account and a willingness to spend can lead to some dire financial situations. Just ask Antoine Walker. Antoine Walker is a former NBA star who earned more than $110 million during his career. Unfortunately, after being overwhelmed by the money and an excessive lifestyle, he ended up blowing through the entire fortune.

Although he had a financial advisor, Walker chose to ignore every piece of advice he ever received. In a recent interview with Yahoo Finance, Antoine admits that his first-year salary of $6.1 million was gone before his rookie season was even over. As the oldest of six children, in his early days Walker helped his mother raise his siblings. Once he entered the league, he wanted to provide for his family. A noble goal. But instead of giving them each a little bit of money and some small presents, he ended up giving them each a multi-million dollar home that he built from the ground up. 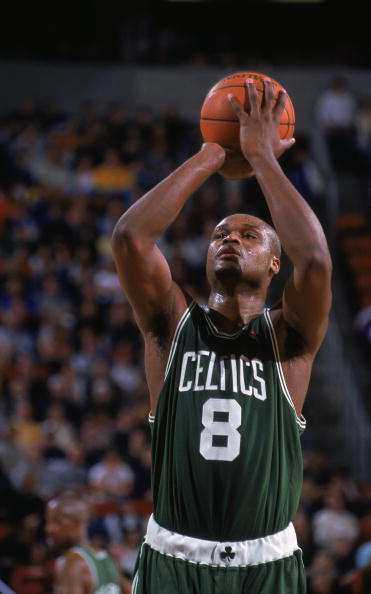 Antoine's own driveway always contained a minimum of four luxury cars, including a $350,000 Maybach. Walker was also a big fan of style. So much so that he never wore the same suit twice. The generous big man also dished out gifts and trips to friends and even just basic acquaintances. In essence, he was using his NBA salary to provide a lavish lifestyle for hundreds of people. As you can imagine, Walker's way of living just wasn't sustainable.

Not only did Walker buy many, many gifts for his friends and family, he also gambled quite a bit with his fellow NBA players. He lost nearly $647,000 from gambling in just two years. But his biggest financial damage came courtesy of his real estate investments.

At the peak of his career, Walker purchased more than 140 properties on the South Side of Chicago (his home town). Unfortunately, the grind of an NBA season is quite taxing on a player, and Walker wasn't able to give his properties the attention they needed. He defaulted on loans where he was the personal guarantor, which caused the value of his land to sink. To make matters much, much, much worse, the 2008 economic crash happened.

In 2010, Walker declared bankruptcy, citing $12.74 million in liabilities with $4.28 million in assets. His bank accounts were frozen and his credit cards taken away. Walker had to liquidate a number of possessions, including his lone championship ring, which he won with the Miami Heat in 2006.

After retiring, Walker has looked to regain the shimmy he once had during his playing days. Debt-free since 2012, Walker now just lives in one downtown Chicago home that he owns, sharing the space with five family members. He doesn't have his own car, and is trying to live a bit more frugally. Currently, Walker works as a basketball analyst for 120 Sports, and hopes to regain a secure financial status–and protect others from following his footsteps–through speaking arrangements and sports signings. In the next year, he plans to release "Gone In An Instant", a documentary and book that will serve as a cautionary tale about his personal financial woes.

When asked if there is one message he wishes he could teach everyone, NBA players and aspiring business people alike, it would be to develop the word "no" in your vocabulary. Being able to say "no" to those who were constantly hounding him for money may have led to a vastly different story for Antonie Walker. Hopefully he can continue on his track back to financial stability.