Andrea Catsimatidis Is A Billionaire Grocery Store Heiress, Self-Proclaimed Business Bombshell, And Chairwoman Of The Manhattan Republican Party In A Bikini

By Amy Lamare on August 3, 2019 in Articles › Entertainment

Andrea Catsimatidis is the 29-year-old leader of Manhattan's Republican Party, a native of New York City, the ex-wife of Ricard Nixon's grandson, a graduate of NYU, and a self-proclaimed business bombshell. And she's not afraid to do it all in a teeny tiny bikini if that's what it takes. Andrea's role in the Manhattan GOP trenches is to convince Republicans to enter races that they almost certainly will lose, given how Democratic the island tends to swing. 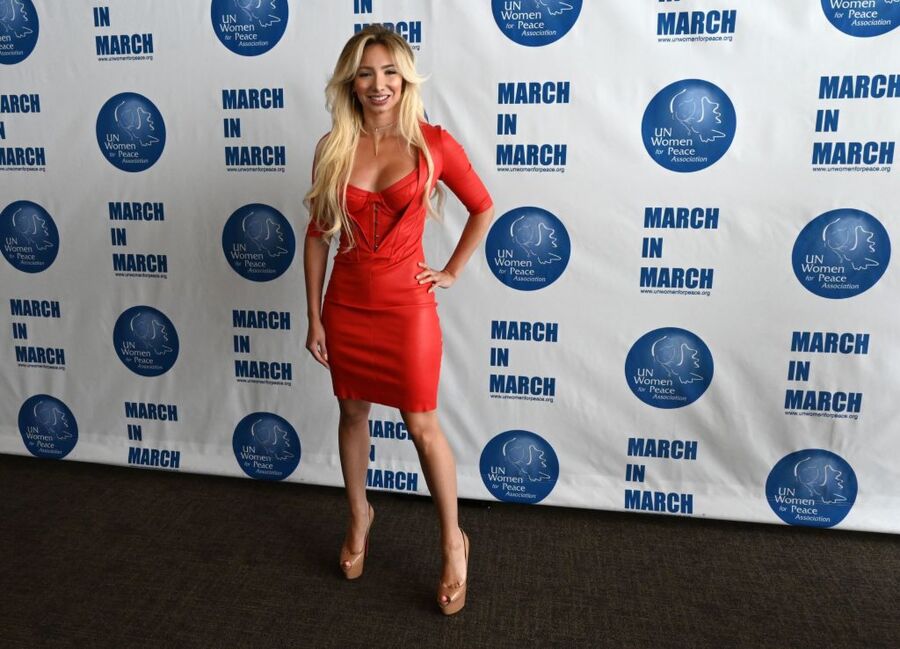 Andrea, who goes by AJ, is a lifelong Republican. She told New York Magazine: "I looked up what it meant to be a Republican and I saw that being a Republican stood for freedom and opportunity for all, and I was like, of course I'm a Republican." Catsimatidis was the president of the NYU College Republicans before becoming involved with the Manhattan GOP.

Andrea is the daughter of John Catsimatidis, the founder and owner of New York City's largest supermarket chain Gristedes Foods. Her dad has a net worth of $3.1 billion. She is an executive at her father's company. She grew up on Fifth Avenue. The Clintons, Rudy Giuliani, and John Kerry regularly stopped by to hang out with her father.

Her family connections allowed her entre to the chicest social circles in Manhattan – including that of Donald Trump. She claims it was the president who convinced her dad to throw her a "dream wedding" in 2011 to Christopher Nixon Cox, the grandson of Richard Nixon. The wedding for 700 guests included Hillary Clinton, Rudy Giuliani, Chuck Schumer and Henry Kissinger. Andrea and Cox divorced in 2014.

Catsimatidis has no plans to run for public office despite her status as a rising star in the Republican Party. She prefers to invest herself in the family business. Back in January, she was criticized for her love of string bikinis after an appearance on CNN to talk about the government shutdown. However, she takes it all in stride. If bikinis are what it takes to recruit candidates, raise money, and get people out to vote for the GOP, Andrea Catsimatidis is the woman for the job.