An Elderly Couple Left Their Entire $850k Life Savings To The U.S. Treasury. WHY???!!! Actually, The Answer Is Kind Of Cool

Most people do pretty much whatever it takes to avoid giving money to the U.S. government. We look for tax loopholes, forge receipts, and hire expensive accountants to make sure that the government does not receive a single penny more than it is owed. Some people go so far to avoid giving the government money, that they actually end up going to jail. I'm looking at you Wesley Snipes. Then there's the story of Peter and Joan Petrasek. What did this Seattle couple do with their nearly $850,000 estate upon their passing? Did they lock it up in offshore accounts far away from Uncle Sam's prying hands? Nope. Did they leave it to a local charity? Nope. Did they leave their entire estate to the United States Treasury? Yup. WHY??!! Actually, their reasoning is pretty cool.

Joan Petrasek was born in Ireland. Peter Petrasek was born in Prague. Peter was 12 years old when the Nazis invaded his home country. His family's property was confiscated and his father was taken to a concentration camp. His mother and sister stayed in Prague where they were forced to work in a factory that supported the German war machine. He never saw any of his family members again. Peter was taken to a Nazi Air Force youth camp, where he was taught to fly planes while being ingratiated by propaganda.

At one point, Peter was in a plane that was shot down near the Switzerland border. He survived the crash and managed to hike his way over the border to an American-run refugee camp. He stayed at that camp until the war was over. And when it was over, he moved to Canada. 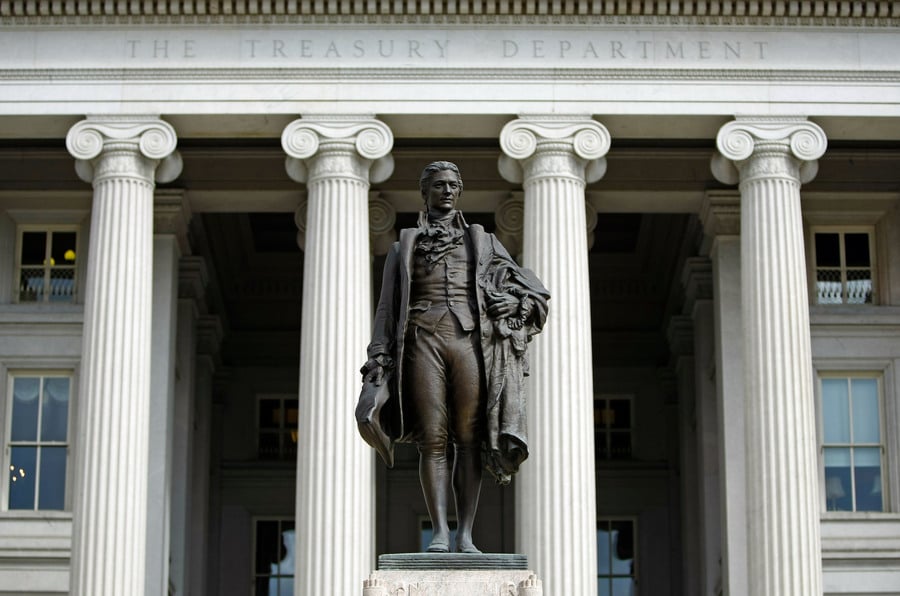 Joan also moved to Canada after the war was over. At some point the two immigrants met, and hit it off. They were married in July 1951. He was 25, she was 32.

Soon they decided to move to America. They settled in a Seattle suburb. Completing the American dream, they bought a three-bedroom house in 1958 for $15,000. They had somehow managed to save up $7,500 to use as a down payment.

Over the years, they remained a thrifty and frugal couple. They never had kids.

Over the next three years, lawyers worked out their estate. Their house was sold for $214,000. Various other assets were liquidated, including a 1977 Ford Granada, some paintings and a gun collection. When it was all said and done, their estate made out a cashier's check in the amount of $847,215.57.

And who was that check made out? "The Department of Treasury":

As a thank you to the country that welcomed them and saved Peter from an unimaginable fate, Peter and Joan decided to leave their entire estate to the US government.

According to Peter Winn, an assistant US attorney in Seattle:

"As a refugee from World War II, he was very grateful to his adopted country. He grew up with a lot of people in Eastern Europe who would have been happy to change places with him. There are still a lot of people in the world who would envy him the life he lived. He wanted to make a statement about how much it meant to him to be an American citizen."