By Brian Warner on September 24, 2015 in Articles › Entertainment

If I asked you to name some of the people who have commanded the highest book advances of all time, you'd likely think of Presidents, Kings, Queens, business titans, religious leaders, etc. And you'd be right! Some individuals who have received extremely large book deals include former President Bill Clinton, Pope John Paul II, former Federal Reserve Chairman Alan Greenspan… and now, Amy Schumer!

That's right, comedian Amy Schumer is now one of the highest paid authors in history thanks to the advance she just received from Simon & Schuster's imprint Gallery Books. Amazingly, the current working title of the book is The Girl With The Lower Back Tattoo.

The desire to acquire the rights to publish Amy's book set off a bit of a bidding war among several New York-based publishing companies. The opening price of $3 million was almost exactly halfway between the $2.5 million received by Sarah Silverman and the $3.7 million received Lena Dunham last year.

Turns out, Amy is a hotter commodity than Silverman and Dunham – combined! Bidding quickly shot to $4 million, then $5 million, then $6 million… When all was said and done, Gallery Books won the war with an offer that has Amy laughing all the way to the bank. 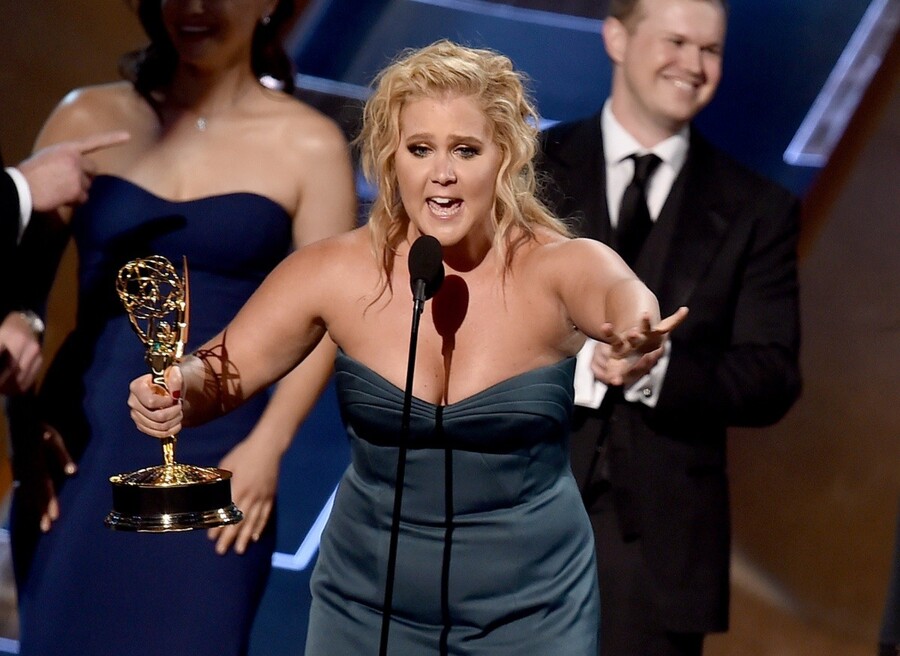 The only people who have received larger book advances are Bill and Hillary Clinton, who were paid $15 million and $14 million, respectively, for the rights to their biographies.

#3: Amy Schumer: The Girl With The Lower Back Tattoo – $9 million

Maybe someday a publishing company will pay me $9 million for the rights to my memoir. Here are some titles I would like to propose:

Bri… And You Shall Succeed

The One Hour Work Week

This Book Is Net Worth Your Time

I think that's the winner.