By Amy Lamare on September 10, 2015 in Articles › Entertainment

When you hear the name Charles Schwab, naturally you think of the investor and founder of the Charles Schwab Corporation. This is not the Charles Schwab we're talking about. There was another very wealthy Charles Schwab, a 19th Century American Steel magnate who built Bethlehem Steel into the largest steel maker in the world. He built a vast fortune, lived lavishly, and not only went broke, but ended up significantly in debt before his death. How could anyone spend the equivalent of $500 million to $800 million over roughly 20 years? This is Schwab's wild story of decadence at the turn of the 20th Century.

Charles Michael Schwab was born in Williamsburg, Pennsylvania on February 18, 1862 to John and Pauline Schwab. All four of his grandparents were Roman Catholic immigrants from Germany. Schwab grew up in Loretto, Pennsylvania and attended Saint Francis College for two years before leaving school to find work in Pittsburgh. The young Schwab landed a job working for Andrew Carnegie's steelworks. It turned out he had a knack for the business. He learned fast and moved up the ranks of the Carnegie Steel Company. In 1883, when he was 21 years old, he married Emma "Rana" Dinkey despite his mother's fierce disapproval. Dinkey wasn't Catholic.

Schwab became president of the Carnegie Steel Company in 1897 when he was just 35 years old. In 1901 he was instrumental in negotiating the secret sale of Carnegie Steel to a group of New York-based investors led by J.P. Morgan. Schwab was then named the first president of the U.S. Steel Corporation. However, Schwab soon became embroiled in a number of clashes with J.P. Morgan and other executives. He left U.S. Steel in 1903 to head up the Bethlehem Steel Company in Bethlehem, Pennsylvania. Schwab built Bethlehem Steel into the largest independent steel producer in the world. 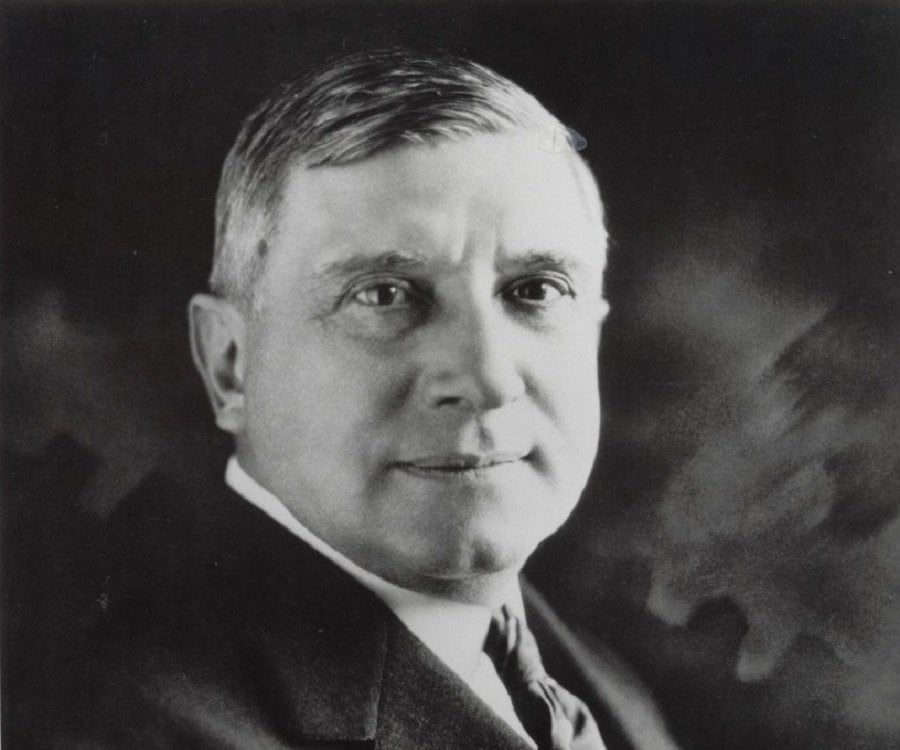 One of the key factors in Bethlehem Steel's success was the company's development of the H-beam – which preceded today's I-beam. Schwab wanted to mass-produce the wide flange steel beam, a feat that required raising money to build a new plant, all just to make a product that the world had never seen before. No one knew if the H-beam would be a success or a failure. It was an enormous gamble. Bethlehem Steel began making the beam in 1908. It revolutionized building construction. Schwab's H-beam made the age of the skyscraper possible.

Bethlehem Steel had a monopoly during World War I on contracts to supply the Allies with munitions. In 1918 Schwab was named the Director General of the Emergency Fleet Corporation, a Congressional board that had authority over all shipbuilding in the United States. President Wilson had specifically asked Schwab to take on this position. Schwab did away with the cost plus profit contracting system that had been a staple of the shipbuilding industry to that point. He began issuing fixed-price contracts. Once America entered into the war, Schwab was accused of profiteering. He was later acquitted.

Schwab was considered a risk taker by most and a hustler by some. He made a lucrative deal to provide steel for the construction of the Trans-Siberian Railroad. The deal was sealed after he made a $200,000 "gift" to the mistress of the Grand Duke Alexis of Russia.

As a result of the great success of his career, Schwab was a very wealthy man. He moved to New York City and purchased the land the New York Orphan Asylum sat on. The property occupied a full city block surrounded by Riverside Drive, 73rd and 74th Streets, and West End Avenue. This was the city's Upper West Side, with Riverside Park's lush greenery just across the street. At the time, however, the city's elite considered the Upper West Side as the wrong side of the proverbial tracks. Schwab wanted to develop that side of the city and draw the rich from their luxurious east side apartments. He set out to build one of the most ambitious private houses ever built in New York City. Designed by French architect Maurice Herbert in the French Renaissance chateau style, he called his mansion "Riverside."

Construction began in 1901 on the 75-room mansion and lasted six years. The residence was set in its own landscaped park and included a swimming pool, bowling alley, a Grand Court with two levels of balconies on three sides overlooking the central staircase, and a card room where millionaires gathered for high stakes card games. The exterior of the mansion featured a belfry, 116-foot high pinnacles, a four-car garage, and a service tunnel. The cost of the build was $7 million. That is nearly $170 million today.

In 1919, Schwab built a summer retreat in his hometown of Loretto, Pennsylvania. It cost $3 million ($41 million today) to build and was a 44-room mansion on 1,000 acres with lush gardens and a nine-hole golf course.

For years leading up to this point, Schwab had been living a lavish lifestyle. He spent big. He threw opulent parties, regularly took part in high stakes gambling, and had a string of extramarital affairs. One of them produced a child out of wedlock. He became an international superstar when he "broke the bank" at Monte Carlo and traveled in a $100,000 private rail car named "Loretto."

The 1929 stock market crash finished off what years of Schwab's reckless spending had started but even by that time he had already blown through most of his fortune. It is estimated that Schwab spent $25-40 million dollars on his homes, travels, lavish lifestyle, and gambling. Adjusted for inflation, that is somewhere between $500 million and $800 million today.

By 1933, he could no longer afford to pay the property taxes on his New York City Mansion. He spent $7 million to build it, and less than 30 years later, he tried to sell it for $4 million. With the country reeling from the Great Depression, there were no buyers for Riverside Mansion. After his wife died, he lost the mansion and moved to a small Park Avenue apartment where he lived until he died of a heart attack on September 19, 1939. He was 77 years old. He was buried in a private mausoleum in Loretto, Pennsylvania with his wife. The couple never had any children.

Charles M. Schwab died more than $300,000 in debt and even his stake in Bethlehem Steel was worthless at that point in time. Ironically, had he lived a few years longer, he would have seen his fortune restored and then some when Bethlehem Steel was bombarded with orders for materials for World War II.

In the years following his death, Schwab's real estate holdings were sold off. The summer estate in Loretto was sold in 1942 to the Friends of St. Francis College. They were the only bidders at the property's auction. They bought the mansion that had cost $3 million to build as well as 240 acres of land for $32,500. Today the property is still a part of Saint Francis College.

Riverside Mansion in New York City was offered as the official mayoral residence to New York Mayor Fiorello La Guardia. The mayor turned it down, feeling that the property was too grandiose. Riverside Mansion sat vacant until it was purchased for $1.5 million by the Prudential Insurance Company. The mansion was torn down and replaced by a couple of apartment buildings.