Today in the ongoing Depp vs. Heard mutual defamation lawsuit, an entertainment industry consultant named Kathryn Arnold was called to the stand by Amber's defense team.

As a really quick background, Johnny filed a defamation lawsuit against Amber in response to an Op-ed she published in the Washington Post in 2018 in which she described being abused by an ex. Depp's legal team is suing Amber in Virginia, where the Post is published, claiming that even though he was not named in the Op-ed, the implication was obvious and caused serious damage to his career and earning potential. He is seeking $50 million.

This is Depp's SECOND defamation lawsuit related to Amber. It's the first time he has sued her directly. In 2018 Johnny filed a lawsuit in the United Kingdom against News Group Newspapers, publishers of The Sun which referred to him as a "wife beater" in an April 2018 article. That lawsuit went to trial in 2020. Both Heard and Depp testified for several days. In November 2020 a judge ruled that 12 of the 14 incidents of violence that Heard reportedly claimed to have incurred were "substantially true." Depp lost an appeal in March 2021.

Between 2019 and 2020 one of Johnny's lawyers was a guy named Adam Waldman. In a 2020 interview with the Daily Mail Waldman described Amber's abuse claims a "hoax."

Amber is counter-suing Johnny for $100 million because of Waldman's statements statements.

Today, Amber's lawyers were hoping to use entertainment industry consultant Kathryn Arnold to make the case that a combination of Waldman's statements and the subsequent social media firestorm that the statements supposedly inspired caused severe damage to Amber's career. 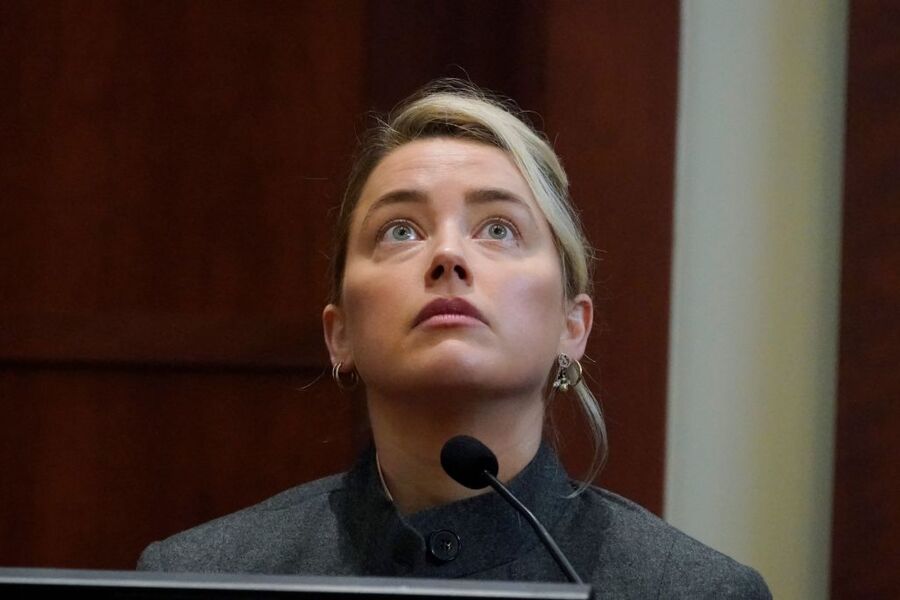 According to Kathryn Arnold, for the first "Aquaman" film Amber Heard earned $1 million and was contractually guaranteed to earn $2 million if there was ever a sequel and $4 million if there was ever a third. Her co-star Jason Momoa apparently earned $3-5 million for the first and was guaranteed $5 million for the second. After Aquaman earned over $1 billion at the box office, Arnold testified that Jason Momoa's representatives were able to break his contract and negotiate a pay bump to $15 million for the sequel.

According to Arnold, Waldman's negative statements were the "igniting force" that caused a "snowball effect" of negative press that bubbled up right as Amber was in the prime position to negotiate a similar major pay raise for the second Aquaman. Amber therefore had to settle for the contractually guaranteed $2 million payday instead of what could have been as much as $10 million.

Around this same time Amber landed a two-year $1.5 million contract with L'Oreal. L'Oreal apparently paused the campaign in the midst of her negative PR firestorm.

Furthermore, at the time Amber was also starring on a television series called "The Stand," for which she was earning $200,000 per episode.

According Kathryn Arnold, in the time since Waldman's statements Amber has not received a single new major studio film role, endorsement contract or television show role. In the meantime, according to Arnold, several other actors who had comparable careers to Amber at the time of Aquamann's success have gone on to earn tens of millions of dollars through film, television and endorsement salaries. Arnold did an analysis of five actors she considered comparable:

As a comparison, by our estimation Zendaya's net worth is $20 million.

Add it all up and Kathryn Arnold believes that Amber should have been able to earn $45-50 million over a 3-5 year period.