The Johnny Depp-Amber Heard divorce continues to heat up with each day. Recently, it was revealed that Heard clocked Depp with a punch on the night of her 30th birthday party in April 2016. This was the same night he found out he lost nearly $1 billion AND someone also defecated in his bed. Stars: they are NOT just like us. Remember, Depp has lawsuits filed against his former business managers, The Management Group (TMG), for mismanaging his money. Back on his then-wife's 30th birthday, Depp had a meeting about his former managers and found out he'd lost a staggering $750 million. Depp told the court that his manager stole his money. Depp also testified that Heard pooped in their bed as a "prank."

Depp lost the $650 million he made on "Pirates of the Caribbean" 2 and 3 PLUS an additional $100 million, because he alleged that his business managers had not paid Depp's IRS taxes for 17 years. During the testimony, Depp also admitted to having smoked marijuana, which is legal in the state of California, before getting to Amber Heard's birthday party at their Los Angeles penthouse. He told the court that weed calms him. Depp's attorney also stressed that a nurse at the party called Depp "coherent, sociable and affectionate" during the party. That same nurse called Heard's demeanor that night "irritable" and "angry" with Depp because he was late to her party. 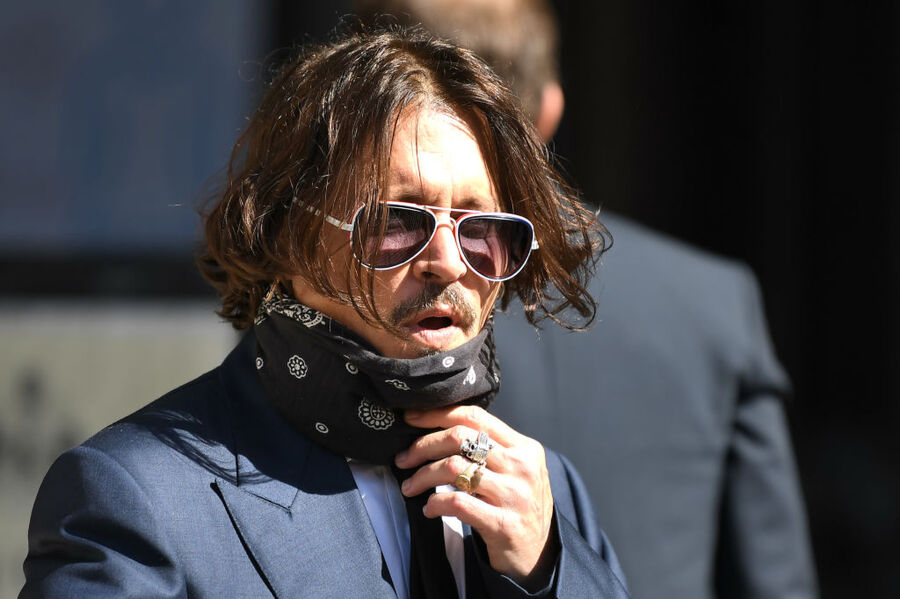 Depp and Heard have a volatile history together. At various points, he has been accused of pushing her to the ground, yanking her by the hair, and hurling a magnum bottle of champagne at her. However, in the most recent courtroom visit it was revealed that on the night of her 30th birthday, Heard was the violent one. Depp had cell phone video of him telling her, "You f-cking haymakered me, man. You came around the bed to f—–g start punching on me."

The court asked Depp to elaborate on what a haymaker is. He explained that it is a type of punch involving wild swinging – like a roundhouse punch. Depp testified that Heard was angry because her then-53-year-old husband went to bed to read instead of a party with her and her young friends. It was when he found poop in his bed, something Heard insists was a prank, that he decided to divorce her.

Depp is also suing Heard for $50 million in a defamation case in the United States. He's also suing "The Sun" newspaper for calling him a "wife-beater." He's often denied that charge. Depp is also the man who allegedly spends $30,000 a month on wine.

Heard has been accused of cutting the tip of one of Depp's fingers off when she hurled a vodka bottle at him. On the subject of that, she denies it. However, sources close to her have labeled her unpredictable and troubled.

This case is far from over as both sides hurl more and more ludicrous accusations at each other.