By Amy Lamare on September 28, 2015 in Articles › Entertainment

Warrick Dunn is best known for his speed and prowess on the gridiron. The ex-NFL running back played for 12 seasons in the NFL for Tampa Bay and Atlanta after a stand out career at Florida State. He last played professional football in 2008. Since then he's turned his focus to giving back to the community – specifically single parents – in a big way.

Via his nonprofit foundation, Warrick Dunn Charities, Dunn just provided his 139th home to a single mom. Dunn started the Homes for the Holidays (HFTH) program in 1997 and Warrick Dunn Charities (WDC) in 2002. The program helps single parent families achieve the dream of home ownership. Families are chosen through a partnership with Habitat for Humanity affiliates. Each family receives down-payment assistance and a fully furnished home. 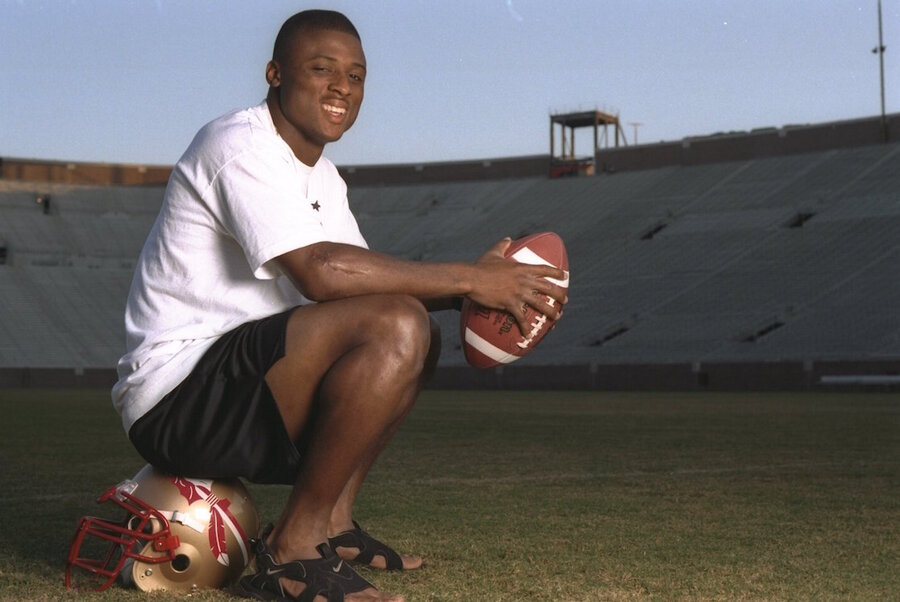 As of September, 2015, HFTH and WDC have helped 139 single parents and their children in Atlanta, Dunn's hometown of Baton Rouge, Tampa, and Tallahassee. By providing families with houses that create a stable environment, Dunn believes that children will thrive educationally, socially, and economically.

Dunn has shown his strength of character and commitment to family from a young age. Two days after his 18th birthday, on January 7, 1993, his mother, Betty Smothers, an off-duty police officer was ambushed and killed by armed robbers while she was escorting a businesswoman to a bank to make a night deposit. Dunn instantly became the head of his family and raised his siblings while attending Florida State and playing Division 1 college football.

Dunn's achievements have been rewarded over the years. Beyond the satisfaction of knowing he's helped 139 single parent households, he has been presented with the Walter Payton Man of the Year Award as well as the Giant Steps Award in civic leadership from former President Bill Clinton.

Dunn was also instrumental in the NFL's efforts in the wake of Hurricane Katrina in 2005. He urged all NFL players except those playing for the New Orleans Saints to donate at least $5,000 to relief efforts. This resulted in more than $5 million in contributions from the NFL.

Dunn made the announcement of the most recent home awarded to a family via Twitter: