Amancio Ortega Is The Third Richest Person On The Planet, And Somehow Most People Have Never Heard Of Him!

By Mark Kurlyandchik on July 18, 2014 in Articles › Entertainment

Versace. Armani. Prada. Dior. These are some names one tends to associate with posh fashion lines and the upper echelons of wealth one must achieve to afford them. Bill Gates, Carlos Slim, Warren Buffett, Larry Ellison. These are some names one tends to associate with the richest people on the planet. How about Amancio Ortega? That sounds like a name more likely associated with a cheap brand of canned chili. But you may be surprised to learn that not only is Spanish business tycoon Amancio Ortega the most powerful and successful fashion mogul of all time, he's also the third richest person on the planet with a personal net worth of $65.4 billion dollars! Pretty incredible considering most people couldn't pick his face out of a lineup and may not have ever even heard his name! 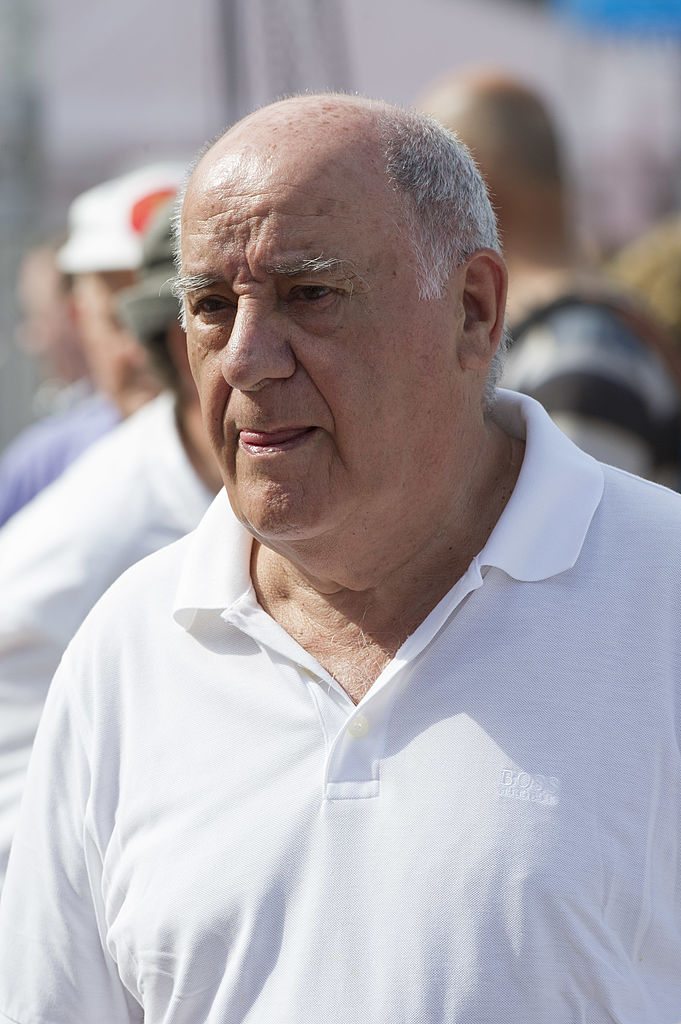 As crazy as it may sound, Amancio Ortega is by far and away the world's most successful and powerful fashion mogul. Perhaps you've never heard of Amancio, but there's a very good chance you've purchased something from Zara, the global retail conglomerate he founded and controls. Despite his overwhelming power and wealth, Amancio has managed to live almost entirely outside of the public eye. He has rarely been photographed and amazingly, has only given three interviews in his entire life!

The youngest of four children, Ortega was born in 1936 in a tiny town in northwestern Spain to a railroad employee father and housemaid mother. When he was a teenager, Ortega's family moved to the port city of A Coruña, in the autonomous nationality of Galicia, where he found a job working in the shop of a local shirtmaker. In 1972, Ortega took advantage of the economic environment in Galicia, where most men worked at sea while their wives — many of them skillful seamstresses — did what they could back home. Ortega organized thousands of these women into sewing co-ops to produce quilted bathrobes for his company, GOA. Three years later, with money saved up from the bathrobe business, Ortega opened his first Zara store in A Coruña, not far from the shop where he used to fold shirts. 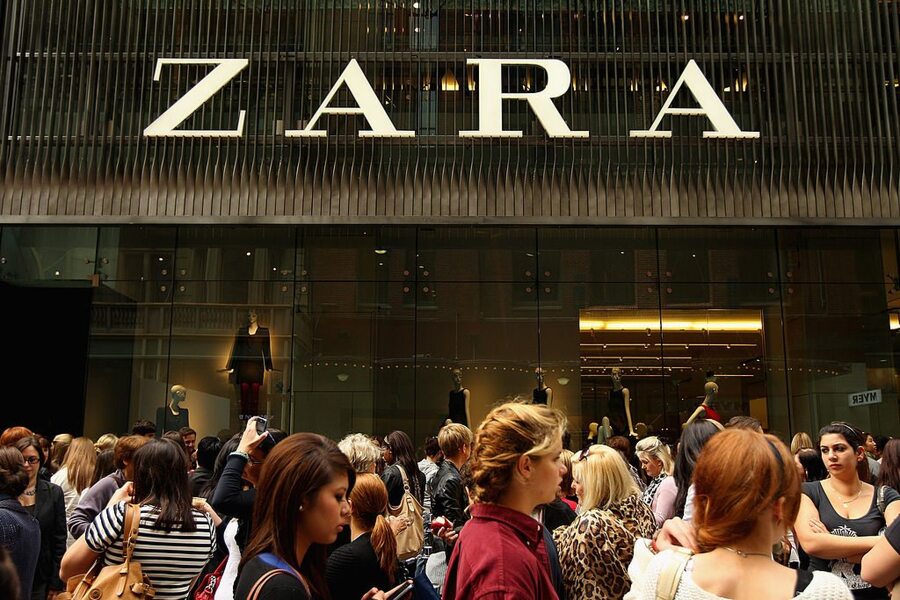 What initially set Zara apart from its competition — and what continues to this day — was speed. Trendy shoppers (including Zara fan Kate Middleton) know if they see something they like at a Zara store, they should snatch it up before it's gone because stores refresh their stock twice a week. While the fashion-industry average to get a product from development to retail is six months, Zara claims to be able to achieve this feat within two weeks. As a result, the retailer launches some 10,000 new designs each year. The speedy strategy translates into repeat customers, who return often for the latest trends.

And rather than spend any money on advertising, Zara reinvests in itself by opening new stores. Today, there are nearly 1,800 retail outlets in some 70 countries worldwide. It has become the flagship chain store of the multinational holding company Inditex, founded by Ortega in 1985, which is made up of nearly 100 smaller companies related to textile design, production, distribution, and retail, including other brands like Zara Home, Bershka, Stradivarius, Mossimo Dutti, and Oysho. Inditex operates over 6,000 stores on five continents and is the biggest fashion retailer in the world, ahead of even the Gap. In all, it makes about 840 million garments a year.

Perhaps the most fascinating detail of the Zara story, though, is Ortega's seemingly complete shunning of the spotlight and the spoils of fabulous wealth. The man is so notoriously reclusive, no picture of him had ever been published until 1999. He reportedly lives in a discreet A Coruña seaside house, without any personal security, with his second wife. He drives a comfortable Audi A8 and, due to fear of flying, rarely makes use of his private jet, a $45-million Global Express BD-700. Ortega is a man of habit who wears the same modest outfit nearly every day— blue blazer, open-necked white shirt and gray pants. All non-Zara products. Amazingly, instead of eating catered meals prepared by private chefs, Amancio eats lunch in the Zara company cafeteria alongside blue collar employees.

Outside of the "fast fashion" empire he's built, Ortega's also made smart moves in real estate. He owns the tallest skyscraper in Spain, Madrid's Torre Picasso, as well as the Epic Residences & Hotel in Miami, to name a few. In 2011, Ortega announced a soft retirement from Inditex (the umbrella holding company that controls his empire), handing over day-to-day operations to CEO Pablo Isla. Still, at age 77, Ortega reportedly retains an active role and a 59-percent stake in the company. As for successors, it is widely rumored that his daughter, Marta, will one day take over her father's empire.

Amancio Ortega may never become a cultural icon like Ralph Lauren, or Garavani Valentino, despite being vastly wealthier than either man or the rest of his contemporaries. He also may never attract the international headlines and attention of his fellow multi-billionaires like Bill Gates and Carlos Slim. But judging by the way Ortega's conducted his life and business, that's perfectly fine with him! 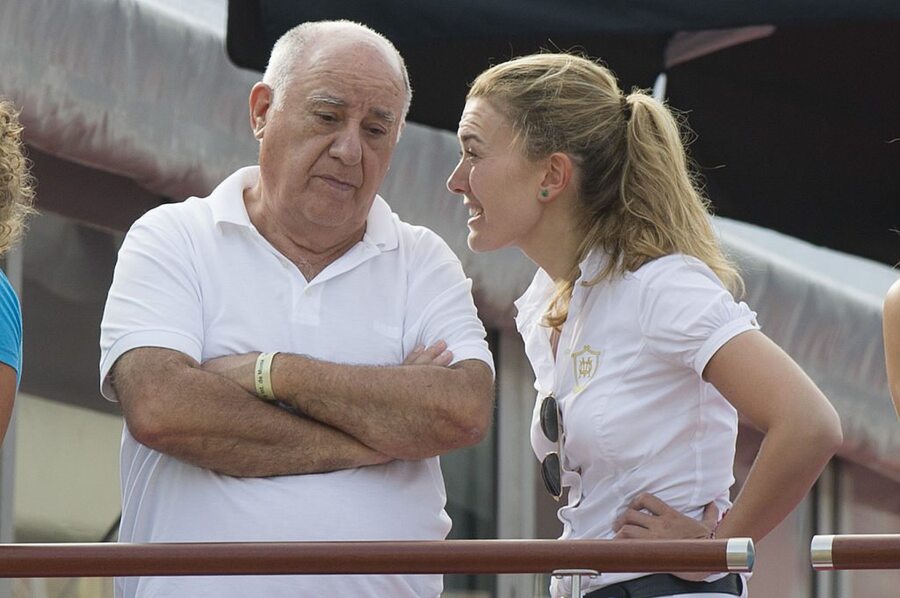 Pascal Le Segretain/Getty Images
Did we make a mistake?
Submit a correction suggestion and help us fix it!
Submit a Correction