The Ice Bucket Challenge Raised A Ton Of Money – Is That A Blessing Or A Curse?

By Paula Wilson on October 14, 2014 in Articles › Entertainment

It really is possible to have too much of a good thing. We've all experienced it. How many times have you said to yourself, "I'll have one more piece of cake", or "I'll watch one more YouTube video", or "I'll buy one more pair of jeans" – only to have everything fall apart? For charitable organizations that successfully secure funding, it can sometimes feel like too much of a good thing. In the case of the wild success of the ALS Ice Bucket Challenge, too much of a good thing came in the form of record breaking donation earnings of nearly $115 million in just three months. The success of the drive is both a boon and a headache. With such a large influx of funds, the ALS Association now finds themselves faced with major questions about how to handle their new money, and their responsibilities to a vastly increased donor population. It's a delicate balancing act that doesn't always have a positive outcome. Every non-profit wants to significant donations, but you'd be surprised at how much work and careful planning it takes to utilize those donations appropriately.

The ALS Association was launched in 1985. It's actually the only non-profit dedicated to research, development, outreach, and care for Lou Gehrig' Disease, also known as ALS. If you're unfamiliar with ALS, here's a quick rundown. 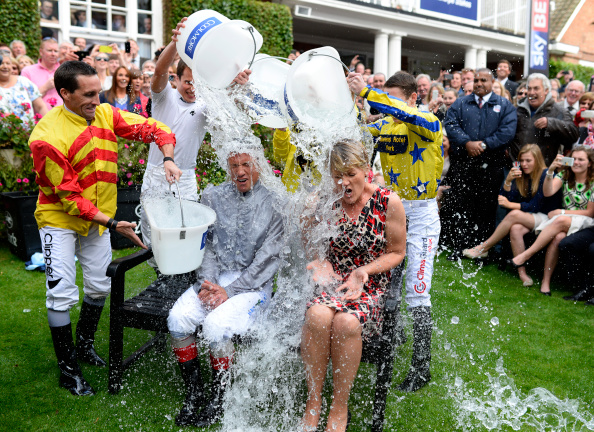 ALS, or Amyotrophic Lateral Sclerosis, was first documented in 1869 by French neurologist Jean-Martin Charcot. However, it did not gain international recognition until beloved baseball player, Lou Gehrig, developed the disease in 1939. ALS attacks the motor neurons in the brain and spinal cord. As the neurons die, a person with ALS loses the ability for the brain to initiate movement and control the muscles. Eventually, the person becomes paralyzed and dies, as their brain loses the ability to communicate with the rest of their body. It's a heartbreaking illness that involves the slow degeneration of a person's body, but not their mind. There are some excellent movies and documentaries that drive home just how devastating ALS is, including the award-winning documentaries "Moving Gracefully Towards the Exit" and "I Am Breathing". The most famous film about ALS is 1942's "Pride of the Yankees", a slightly fictionalized account of Lou Gehrig's story. There is currently no cure for ALS, though there are a few drugs that slow the degenerative process. 60% of the people who develop ALS are male and 93% are Caucasian. Currently, 15 new cases of ALS are diagnosed in the US – per day.

Last year, all donations to the ALS Association were split as follows:

21% to Fundraising and Administration

Those numbers are considered quite fiscally responsible by charity watchdog groups, as they exhibit a commitment to looking for a cure for ALS, educating both patients and the public about the disease, caring for current patients, and maintaining the actual organization. Last year, the ALS Association raised $64 million over the course of a year. It's a BIG jump to have just under $115 million suddenly appear in the bank accounts in just three months. Their concerns over their sudden riches encompass a range of potential pitfalls.

A. Research is Expensive

While $115 million seems like a huge number, developing any drug, all the way to the point of making it available on the market, actually costs upwards of $1 billion. While we are all jumping for joy at how much money was raised, the ALS community can only really afford to be cautiously happy.

B. The Flash-in-the-Pan Phenomenon

The money was made so quickly, based on a viral initiative, that the ALS Association actually has very little idea of how many of the people who took the ALS Ice Bucket challenge will actually continue to be donors in the future. In the past, fundraising has always included charity walks and races, donor drives, letter campaigns, and fundraising initiatives that allowed administrators to interact in a more personal way with donors. Not so with the ALS Ice Bucket Challenge. The influx of donations was so overwhelming, that the 54 member team of volunteers and administrative staff pulled 14 hours days and worked weekends in order to try to handle it. The sheer volume made it nearly impossible to make personal connections, which makes it impossible to know what to expect in the future. It's not the worst problem to have, but it does make planning scary. What if they begin a research or outreach program that they are subsequently unable to afford?

Whenever a donation is made, there is a certain expectation regarding how the money is supposed to be used. For a non-profit, it is very important to be able to show that the money was used appropriately, or you risk losing the trust and support of the donor in the future. If there is a question about how the money is being allocated, it can lead to very bad press regarding your charitable organization. The Red Cross found themselves under intense scrutiny post-911, but they were able to show, very clearly, how all donated monies were used. The ALS Association must now keep near perfect records to prove that they are using their millions wisely.

D. Squabbling Within the Family

When you're a struggling non-profit, it's easy for all of the people at the top of the organization to ban together for the common good. When there is a sudden influx of money, however, things can go pear-shaped quickly. It's sort of like family members squabbling over an inheritance. All non-profits have a board of directors, and large non-profits often have a very large board. Having lots of money all of a sudden, means that all of the members have to agree on how the funds are used before they can be distributed. This can often lead to surprisingly nasty in-fighting.

For example, in 2002 Poetry Magazine received a donation of $200 million from Ruth Lilly, an heir to the Eli Lilly fortune. You would think this kind of generosity would be amazing, unfortunately it sent the organization into a tailspin. Prior to the donation, Poetry Magazine's entire yearly operating budget was less than $500,000. In order to handle this massive amount of money, the Magazine established the Poetry Foundation. However, the members of the board had very different ideas about how their funds should be used. Multiple members ended up resigning when they couldn't agree over whether a redesign of their website was a good way to use some of the funds. Today that foundation has a $9 million annual budget and operates out of a $21 million world head quarters.

Ask anyone who has ever won the lottery, and they'll tell you how many random people suddenly crawl out of the woodwork to ask for a piece of the winnings. The same is true for the ALS Association now. Barbara Newhouse, the ALS Association's President and CEO, was shocked at the number of people who emailed her, telling her she needed to spend the money quickly – and suggesting ways that she should do it. The ALS Association has a team of financial advisors who are guiding them through the process of allocating the funds in such a way that they can be maximized. Rather than spending quickly, they are spending carefully.

Long story short, though the ALS Association hit the big time, they are not letting it go to their heads. They are in this for the long haul, and if the money is going to matter, it will require the entire organization to use it as wisely as possible. For most people, the Ice Bucket Challenge was a fun, summer activity. For the men and women who live with ALS every day, it's a shot at survival.