Was Allen Iverson Really Begging For Change Outside Of An Atlanta Mall This Weekend?

By Brian Warner on August 19, 2014 in Articles › Entertainment

We've been dispelling a lot of rumors lately for some reason. Just a few days ago we posted a lengthy article regarding the false rumor that Robin Williams killed himself because he was experiencing severe financial problems. The truth is, Robin's unfortunate death had absolutely nothing to do with financial problems. He was still a very very rich man. Hopefully our explanation helped clear this story up and put away all the misinformation that had been floating around the media. Today we're going to address a rumor that hasn't quite hit the mainstream news yet but has been blowing up social media. This particular rumor involves former NBA All-Star Allen Iverson. According to the rumor, Allen was seen begging for change outside of an Atlanta-area mall over the weekend. Did this really happen? 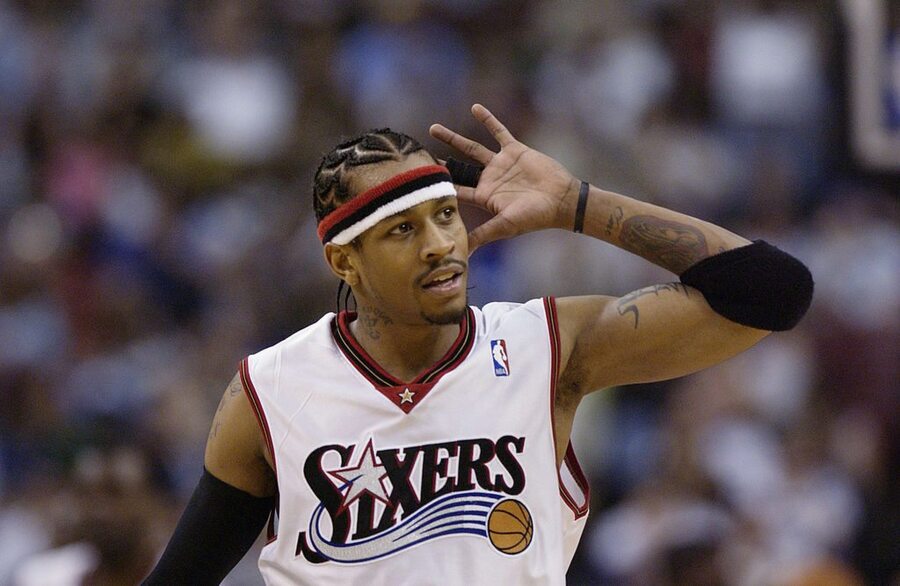 The short answer is NO. It's a completely made up story. The origin of this rumor is a satirical website called "thenewsnerd.com". On Sunday, this website posted an article titled "Allen Iverson Seen Begging for Change Outside Atlanta's Lenox Mall". The article claimed that "several mall patrons reported a man with a disheveled appearance harassing them for change [and] when security arrived, they were shocked to see it was none other than basketball legend Allen Iverson."

The article even goes so far as to quote a supposed security guard named "Jason Seaworth" who proclaimed: "One of the hardest things I've ever had to do was asking my hero to leave the mall. It was very sad to see him in such a bad place. I really hope he gets his life together and somehow returns to prominence." Iverson then reportedly told the security guard "I dont even have money for a cheeseburger."

A heartbreaking fall from grace for one of the most famous and highest earning NBA players of all time. But there's just one problem. The entire story is complete and utter bull shit. Absolutely 100% made up out of thin air.

If you spend just 30 seconds looking around thenewsnerd's website, you'll see a little disclaimer at the bottom that says "The stories posted on TheNewsNerd are for entertainment purposes only. The stories may mimic articles found in the headlines, but rest assured they are purely satirical."

Unfortunately, that disclaimer is clearly not enough to stop people from falling for the joke hook line and sinker. As of this writing, thenewsnerd's article has been shared 33,000 times on Faceebook alone and the site has received hundreds of comments from shocked and sympathetic AI fans. Furthermore, the story has been reproduced as fact by a number of moderately large news and sports websites. Here are a couple other recent headlines from thenewsnerd:

"Heroin Next Drug To Be Legalized In Colorado"

Why Would Thenewsnerd.com Do This?

To make money of course! Thenewsnerd.com probably has received hundreds of thousands of visits over the last couple days thanks to their Allen Iverson spoof. It's hard to estimate exactly how much money they made off that traffic, but it's easily thousands and thousands of dollars. If I had to guess, the site probably earned $5000 on the low end and $10,000 on the high end over the last couple days. Not a bad little haul for a couple day's work, right? And all they had to do was make up a story out of thin air and watch people fall for it.

Part of the reason the strategy works, is this site seems to be crafting headlines that are at least partially believable. Iverson's real-life financial problems over the last couple years have been pretty shocking. We here at Celebrity Net Worth have written a bunch of stories on this very subject. After earning $200 million in career salary and endorsements, in February 2012 Iverson told a Georgia judge that he was flat broke. In recent years, Allen has lost several homes to foreclosure and has accumulated hundreds of thousands of dollars in unpaid child and spousal support to his ex-wife and their five children. He was also ordered to pay a $900,000 judgement to an Atlanta jeweler. When its all said and done, according to his own court filings, Iverson has over $1 million worth of debt and every month he wracks up another $200,000 in missed payments.

Another interesting fact that we learned in Allen's divorce proceedings is that the NBA star actually has a $30 million trust fund from Reebok. There's just one small catch. He can't touch any of it for 17 more years, in the year 2030. It turns out that back at the peak of his playing days, Allen Iverson signed a lucrative endorsement contract with shoe company Reebok. $30 million from the contract was set aside as a rainy day trust fund that Allen will inherit when he turns 55. Unfortunately, even though he desperately needs the money now, he wont get a dime for 17 more years. And to make matters worse, when he does finally inherit the trust it will be $15 million less than he originally planned because his wife gets half.

So ya, at the end of the day, Allen Iverson is not in great financial shape right now. But that doesn't mean he's begging for change outside of malls.

Maybe! Earlier this week, a bunch of tech blogs reported that Facebook was testing a feature that would alert a user when he or she attempted to like or share an article that was satire. So if someone was actually dumb enough to believe thenewsnerd's actual headline "Taylor Swift Medical Condition Makes Her Afraid Of Black Men", he or she would get a warning before they shared that vital piece of news on Facebook. If this is true, sites like thenewsnerd would probably take a massive hit in traffic and might even cease to exist altogether.