By Joseph Gibson on August 30, 2019 in Articles › Entertainment

You might have missed it among all the news of Disney gobbling up former rivals in the entertainment world, but another recent corporate merger has resulted in a situation that's just as incongruous as Disney now owning It's Always Sunny in Philadelphia or The Rocky Horror Picture Show. Hasbro, the toy brand known for such product lines as Transformers, My Little Pony, and Mr. Potato Head, has purchased entertainment company Entertainment One, also known as eOne. And thanks to a series of random corporate mergers and bankruptcies, Hasbro now owns the entirety of Death Row Records.

The defunct record label that in its heyday housed such artists as Dr. Dre, Snoop Dogg, and Tupac was probably not the primary attraction of eOne for Hasbro, since the company also holds popular children's franchises like Peppa Pig and PJ Masks under its umbrella. So while it's unlikely that you're going to see a special edition G-Funk Mr. Potato Head any time soon, it's also not something you should rule out completely, as the acquisition's accompanying press release includes some enthusiastic words from Hasbro CEO Brian Goldner on the eOne catalog: 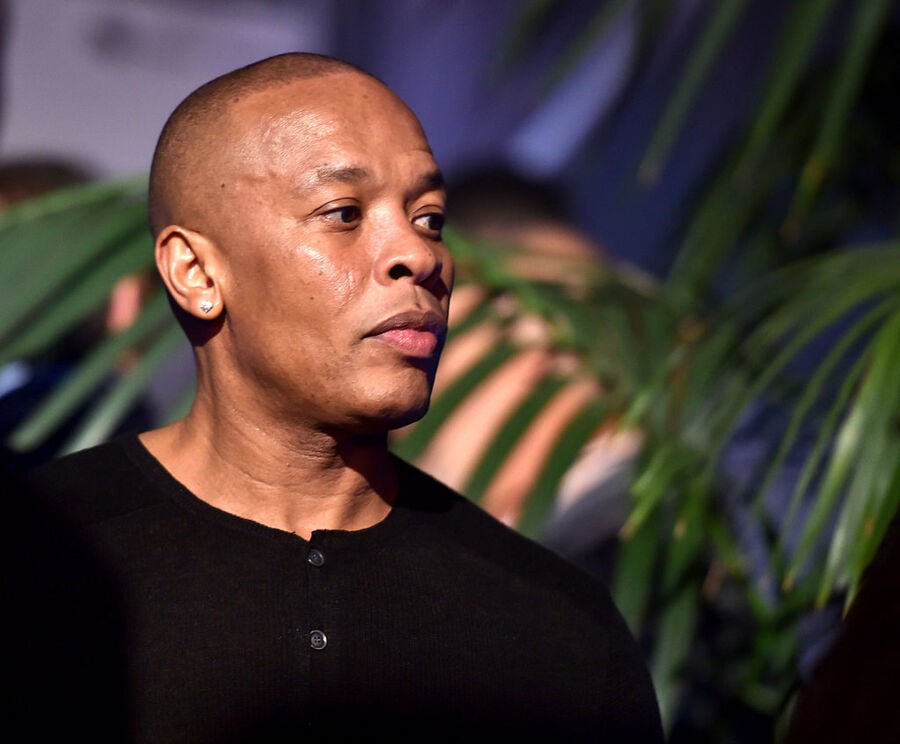 The Founding of Death Row

Death Row Records was founded in 1991 by Suge Knight, Dr. Dre and The D.O.C. after Dre became frustrated with his former label Ruthless Records. They founded the label using $1.5 million borrowed from an incarcerated cocaine kingpin named Michael "Harry-O" Harris. Harris was in jail pending a murder and drug trafficking charges which would eventually result in a 28 year sentence. His criminal lawyer was a man named David Kenner. To manage the investment, which constituted a 50% stake in the label, Kenner created a holding company called Godfather Entertainment. Harris reportedly was interested in launching a record label with Suge, as long as they helped his wife Lydia become a pop singer (more about Lydia in a moment).

Because he was incarcerated, lawyer David Kenner became crucial in overseeing the business for Michael. Kenner acted as the go-between for Harris and Suge Knight.

In its first four years of operation, Death Row generated a mind-altering $325 million in revenue after selling nearly 20 million records. It would generate more than $400 million.

As the business became enormously successful, Harris became concerned about David Kenner's loyalties. He was right to be concerned. First off, neither Lydia nor Michael had ever received a dime in the form of royalties or dividends. Secondly, Kenner had basically given up on the prospect of getting Harris out a multi-decade sentence for murder. In Kenner's defense, he was also overwhelmed defending Death Row artists from their various legal troubles. At one point alone, Kenner was defending no fewer than SIX cases against Death Row artists and employees, including murder charges against Snoop Dogg.

Michael Harris became convinced that Suge Knight actually wanted him to stay in prison so he didn't have to split the profits. With Michael in prison and the source of his money likely illegal, what was he gonna do about it?

Suge Knight was arrested in 1996 on assault and probation violation charges. He was incarcerated until 2001.

After being released, Suge unsuccessfully attempted to revive Death Row records. In 2002 he was arrested again on probation violation charges. He was released and then jailed again in 2003 on assault charges.

In March 2005, a Los Angeles jury awarded Lydia a $107 million civil court judgment against Suge Knight. After nearly a decade of behind the scenes fighting, a jury vindicated Lydia's claims that she and her husband Michael co-founded Death Row Records thanks to that $1.5 million investment and were deprived of half the company's profits.

Later in 2005, Michael Harris filed for divorce from Lydia Harris after learning that Lydia had been negotiating behind his back with Suge to get royalty payments and other assets. The divorce papers were filed from Soledad State Prison in Soledad, California. The closest courthouse was the sleepy beach town of Monterey, California.

In April 2006, surrounded by a dozen guards, Suge Knight was transferred up to Monterey from LA County to serve as a witness in the Michael and Lydia Harris divorce trial.

When it was all said and done, Michael and Lydia agreed to evenly-split the $107 million judgment.

On January 15, 2009, the assets of Death Row Records were put up for auction. An entertainment development company called WIDEawake had the winning bid of $18 million. In 2012, WIDEawake's parent company New Solutions Financial Corp. filed for bankruptcy. In 2013, Death Row was sold by a bankruptcy court to a new company called Entertainment One for $280 million. Entertainment One is a media conglomerate that is perhaps best-known for owning children's brand Peppa Pig.

Earlier this week Hasbro acquired all the assets of Entertainment One for $4 billion.

It's a safe bet that Hasbro is hoping to replicate the success it's had adapting toy lines like Transformers to film and television with new properties that are popular among today's kids, but only time will tell exactly what Hasbro has in mind for its new box of toys. Theoretically, that includes whether or not any Death Row material will fit into any of those plans.