By Paula Wilson on November 9, 2014 in Articles › Entertainment

You would think that the American public would all be good and satisfied in the "reality shows about backwoods millionaires" category, but apparently some entertainment executive decided we weren't. Instead, A&E decided to roll out a brand new reality show called, "Country Buck$". In case you didn't get the memo, the network would have us believe that the key to mega-millions requires a combination of living in Louisiana, hunting and/or fishing, and producing DVDs about the aforementioned hunting and/or fishing. Like the cast of "Duck Dynasty", the Busbice Family of "Country Buck$", has made a fortune selling products to outdoorsman all over the world. Like the cast of "Duck Dynasty", they also have a great deal of money in their past – money which has nothing to do with the business chronicled on their reality show. Behind every wealthy reality show family, there is usually one savvy member of the clan that directs it all. In the case of the Busbice's, that would be Bill Busbice who has a very nice net worth of $100 million, all on his own.

"Country Buck$", which is set to premiere November 19th on A&E, is the second reality show in which the Busbice's have appeared. They are old hands at having cameras around. The family first gathered a following appearing on the Outdoor Channel reality show, "Wildgame Nation". "Wildgame Nation" was quite similar to their new show, but it followed Bill and his family as they ran their business, Wildgame Innovations, and indulged their love of hunting and fishing. Their new show focuses largely on Bill and Beth Busbice's sons, Ryan and Matt, and their struggles as they attempt to manage and grow the business, while handling the inevitable family squabbles. 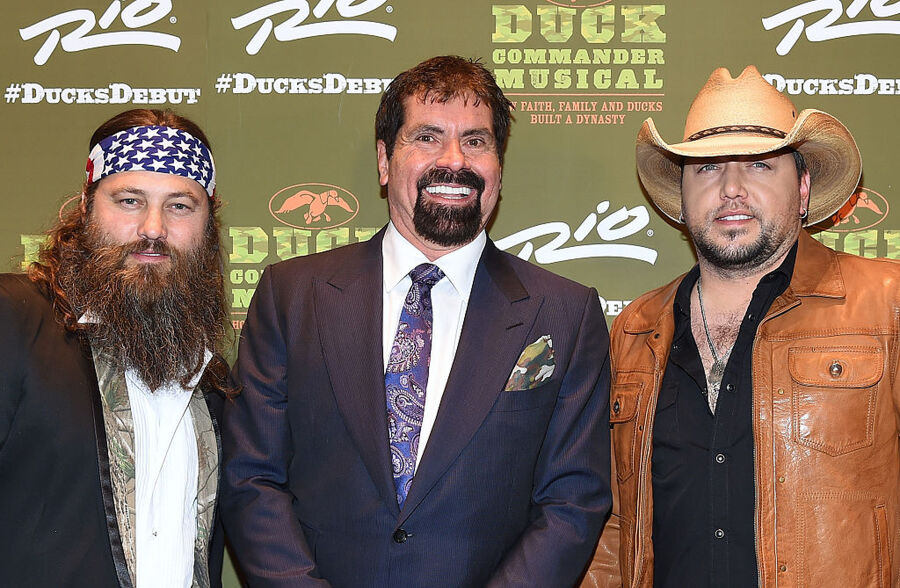 Bill Busbice made his first fortune in the oil industry, after selling his successful oil trucking company. From there, he launched Wildgame Innovations. The company has since grown exponentially, buying up other smaller hunting and fishing companies, including Flextone Game Calls and Barnett Crossbows. Wildgame Innovations is now run by his sons. Bill has since shifted his focus, and now runs a successful timber producing company. He owns 55,000 acres of land in the Louisiana Bayou, and many of Wildgame Innovation's new products are tested there.

"Country Buck$" seems to have pinned the potential success of the series on the Busbice boys' good looks and their zany extended family. Unlike the "rednecks" of "Duck Dynasty", Ryan and Matt of "Country Buck$" are proud of their respective degrees in Business Administration and Business Marketing, both from Louisiana State University. Their uncle "Hard Luck" Busbice, and their ranch manager, T-Carr, are often shown "redneck proofing" new products for Wildgame Innovations. Only time will tell whether this particular combination of "good ol' boys" fun and business savvy will actually yield ratings success on par with "Duck Dynasty". Is America ready for a show about younger, hipper, more intelligent outdoorsmen? A&E certainly seems to think so.