By Brian Warner on March 2, 2017 in Articles › Entertainment

Earlier this morning Snap Inc. became a publicly traded company. Shares opened up on the NYSE 40% higher than the expected pre-IPO price of $17. As of right now, ticker symbol SNAP is trading at $25 per share. With this public offering, lots of lucky Snappers became millionaires and multi-millionaires. But more impressively, the company's two 20-something founders officially became multi-multi-billionaires.

Snap's co-founders Evan Spiegel and Bobby Murphy rang the opening bell on the New York Stock Exchange earlier today to celebrate the public debut of their social media company. With the offering, both co-founders sold 16 million shares a piece this morning for a payday of around $272 million. Not a bad little way to start their day. After taxes they should easily both clear around $180 million in cash. But that's just a fraction of their equity.

Spiegel still owns 210,970,819 shares which at the most recent price are worth $5.3 billion. Murphy's remaining stake is worth around $4.8 billion. 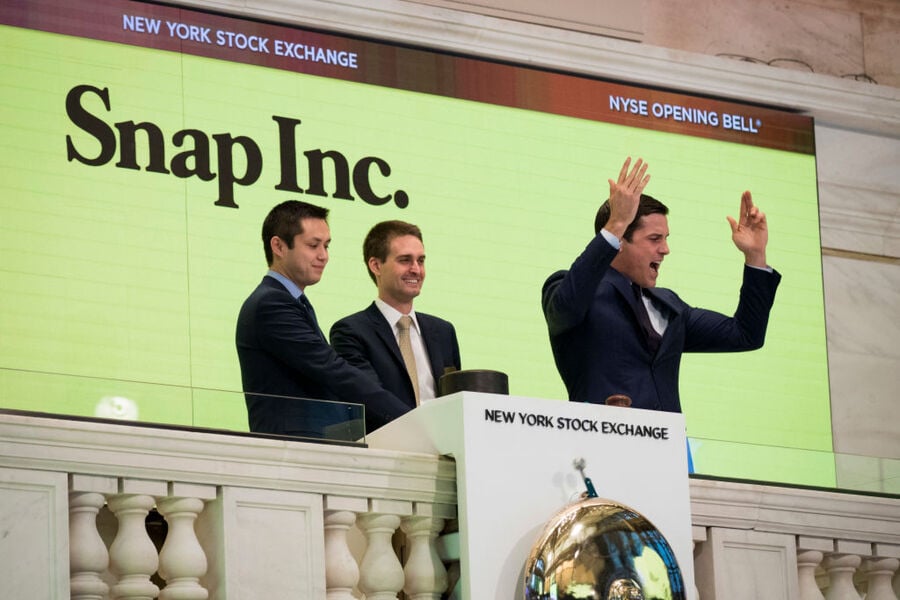 Other Snappers who are having an extremely good day: