By Brian Warner on August 21, 2019 in Articles › Entertainment

If you follow financial news, you may have heard about the ongoing battle between a billionaire hedge fund manager named Bill Ackman and the multi-level marketing company Herbalife. Back in December 2012, Ackman shorted $1 billion dollars worth of Herbalife's stock. That means he was betting $1 billion that the share price would go DOWN. His reasoning? Ackman believes that Herbalife is nothing more than a gigantic pyramid scheme that preys predominantly on unwitting lower-income people, especially those in the Latino community. Herbalife obviously disagrees, and has gone to great lengths to defend its honor in public statements and media interviews. In 2013, two rival billionaires ended up taking the opposite side of Ackman's billion dollar bet. This vote of confidence helped increase Herbalife's stock price significantly. Subsequently, Bill Ackman lost $400-$500 million on his bet. Ouch.

The whole Ackman saga is fascinating enough to deserve its own dedicated article on Celebrity Net Worth, but for now we're gonna take a look at a different, equally insane story from the Herbalife chronology. Specifically, we're gonna take a look at the life story of Herbalife founder Mark Hughes. Mark Hughes was an extraordinarily unique person who lived an extraordinarily unique life. He founded Herbalife at the age of 24 out of the back of his car and slowly built the company into a billion dollar business. Along the way he earned a humongous personal fortune and acquired a real estate portfolio that would have impressed Donald Trump. And speaking of impressing Donald Trump, during his lifetime Mark married four different beauty queens. Mark died suddenly in 2000, leaving behind a giant financial mess that took over a decade for his heirs to resolve. But we're getting ahead of ourselves. Let's start from the beginning…

Mark Reynolds Hughes was born on January 1st, 1956 in La Mirada, California. Not much is known about Mark's early life other than his family grew up in humble circumstances and that his mother, Jo Ann Hughes, died when he was 18. Her death was the result of an accidental overdose of prescription diet pills and alcohol which (spoiler alert) would be eerily similar to how Mark himself would die many years later. His mother's death had a huge impact on Mark future life. His mother had always been concerned about her weight which is why she had been suckered into taking the dangerous diet pills that helped caused her death.

Using his mother's legacy as a genesis, Mark founded Herbalife in 1980 when he was just 24 years old. The company's stated goal was to market healthy weight loss products and generally change the nutritional habits of the world. Mark set out to sell his very first product, a protein shake, from the trunk of his car. He soon developed a direct-marketing plan that incentivized local sales people to sell the products to their friends, family and neighbors. In addition to selling the product, sales-people were encouraged to sign up their friends, family and neighbors to become sales-people themselves. This sales model is known professionally as "multi-level-marketing", but it is also often referred to as a "pyramid scheme". 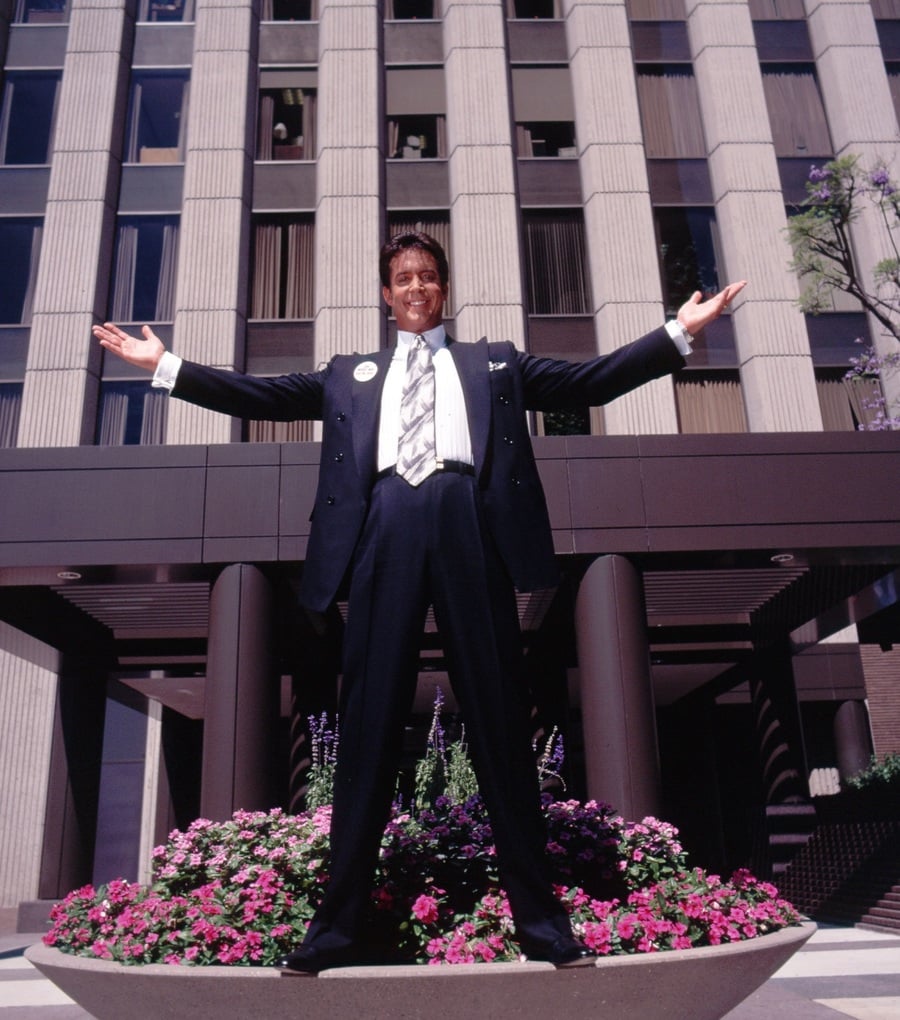 By 1982, just two years after launching the business from his trunk, Herbalife was generating over $2 million in annual revenues. And revenues pretty much exploded from that point on. By the early 90s, Herbalife's annual revenues topped $1 billion. When the company went public on the NASDAQ in 1996, Mark's 26% stake was worth $250 million.

But Mark's Herbalife stock wasn't his only source of wealth. Over the years, Mark developed a passion for investing in real estate. By 2000, his real estate portfolio alone was worth north of $100 million. He owned a $25 million beach front mansion in Malibu. He also owned a $30 million, 22,000 square foot castle in Beverly Hills called Grayhall that sat on 2.5 acres of the most expensive real estate in the world. The guest house alone at Grayhall is 4000 square feet. Oh, and the guest house has its own guest house. You know, in case your guest has a guest.

Mark's real estate portfolio had two crown jewels. The first was an undeveloped plot of land in Malibu called Tower Grove. He planned on building a 45,000 square foot palace at Tower Grove, complete with 25 bedrooms and stunningly beautiful 360-degree views of the world. Over the years, various people have described Tower Grove as one of, if not THE, most beautiful and desirable pieces of real estate in Los Angeles.

If that's not amazing enough, in 1997 Mark acquired a 157-acre plot of land in Beverly Hills from Merv Griffin for $8.5 million. It was the most expensive real estate transaction in Southern California history up to that point. Griffin's plan was to develop what would have been the largest house in Los Angeles on the property, a 58,000 square foot palace. Why 58,000 square feet? Because Merv found out that the largest estate in Los Angeles at the time was Aaron Spelling's 56,000 square foot house. Griffin dubbed his property "The Vineyard".

Hughes laid plans to build a 46,000 square foot house on the property, complete with tennis courts, a million-gallon pond and wildlife sanctuary. He budgeted $100 million for his dream.

As we mentioned previously, Mark Hughes had somewhat of a penchant for beauty queens. During his life, he was married to four different beauty queens including a former Hawaiian Tropic model and a former Miss Petite USA. Mark had one child, with wife #3 Suzan Schroder (the former Miss Petite USA). Mark's son Alex Hughes was born in 1992 and he will become very important to this story in a minute. 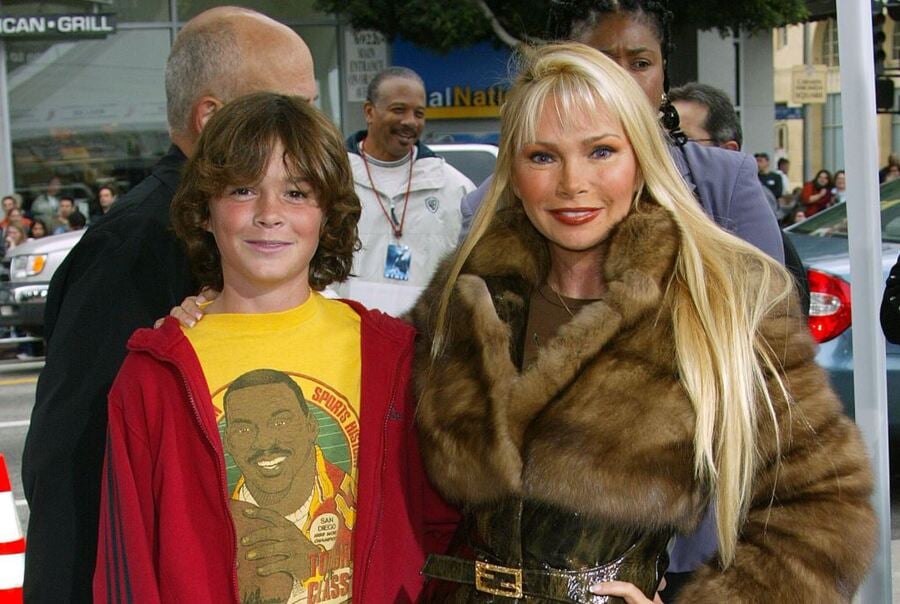 Suzan and Alex Hughes (Via Getty) 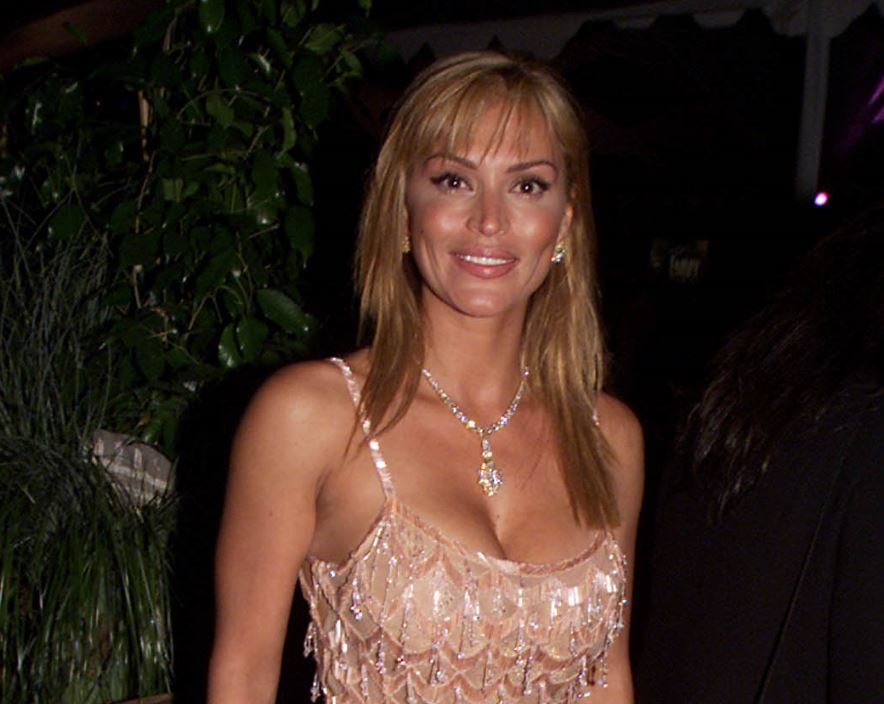 After Mark and Darcy were married, she refused to live at Tower Grove because it reminded her too much of Suzan, so Mark bought a new $25 million house in Malibu for them to live in. This house sat on 7.5 acres and featured 300 feet of beachfront property.

Tragically, it was at this house where Darcy found Mark dead in their bed on the morning of May 21, 2000. He was just 44 years old and had been suffering for several months from insomnia and a recurring case of pneumonia. The cause of death was a bad mixture of alcohol and anti-depressants.

Darcy was reportedly given an estimated $50 million worth of real estate and money from the estate, despite the fact that she had been married to Mark for less than a year. As part of his divorce agreement from a year earlier, Mark's estate would also continue to pay ex-wife Suzan $10,000 a month in child support. He had already covered the purchase of a mansion for Suzan and Alex in Beverly Hills ,and would continue to pay for Alex's private schools and vacations.

After the wives were paid off, Mark's estate was still worth an estimated $300 million at the time of his death. Mark's sole heir was his son Alexander Hughes, who was eight years old at the time.

In 2002, Herbalife was taken private by a group of investors for $685 million dollars. The company then became publicly traded again in 2004 on the New York Stock Exchange, where it trades today under the ticker symbol HLF.

According to a court-ordered audit, in 2005, the value of 13 year old Alex Hughes' trust fund had grown to $400 million. Unfortunately for Alex, he wouldn't be able to touch the money until he turned 35, in the year 2027. In the meantime, he would receive an estimated $250,000 stipend every year which would some day grow to $2 million per year. It must have been painful for Alex to know he couldn't touch the bulk of his fortune for a few decades, but to make matters worse, Alex and his mother Suzan became worried that the trustees were totally mismanaging the estate.

The prime example of their mismanagement was related to The Vineyard. One of the trustees of Alex's fortune allegedly sold The Vineyard for just $23 million to a man who had no money and no experience in developing real estate. As if that wasn't bad enough, the trustees also reportedly turned down a higher offer from a much more qualified buyer. The unqualified purchaser eventually defaulted on his payments.

Meanwhile, Suzan (the former Miss Petite USA) also claimed that one of the trustees sexually harassed her on a number of occasions. Suzan once asked the trustees for $160,000 to rent a beach house in Malibu. According to court documents filed to get the trustees removed from the estate, the trustees responded to Suzan's request by saying:

"You are one of the most beautiful, unattainable women in the world. Here's my phone number. Call me when you're ready to give me what I want".

It gets worse. By total random coincidence, Suzan and Alex ran into that very same trustee later that night at an art exhibit. According to the same court documents, when the topic of the beach house was brought up again that night, the trustee made the following remark to Suzan (with Alex standing just a few feet away):

"I'll get you on your knees eventually, Suzan. I'm going to fuck you one way or the other."

Unfortunately over the years more than a dozen lawsuits have been filed over The Vineyard (now known as the Mountain of Beverly Hills, and listed in 2018 for $1 billion). In 2004, the trustees of Alex Hughes' estate sold the property to a developer for no money down. Actually it's worse. The trustees LENT money to a man named Charles Dickens, who had absolutely no experience in real estate development, so he could buy the property from them with their money for $23.75 million. If that sounds insane to you, it is. This shady sale set off a decades-long legal war between Alex Hughes' estate, the trustees and the developers.

In 2012, the 20 year old Alex Hughes finally had his day in court. The goal of the case was to get the trustees removed for mismanaging the estate. This would allow Alex to manage the money himself and potentially inherit a much larger portion much sooner than the age of 35. After all opinions and arguments were heard, on March 18, 2013, the judge finally came to a decision. The judge ruled in favor of Alex and removed the trustees from the estate forever.

As of this writing, Alex Hughes is 27 years old. On August 20, 2019, it was revealed that The Mountain of Beverly Hills had been sold at auction for $100,000. The buyer was Alex Hughes. He forced the property into foreclosure to kick out Dickens and the other shady characters who by then had run up $200 million worth of debt with the trust.

It took more than a decade since Mark's untimely death to resolve these legal battles. In that time a lot had changed with both Herbalife and his real estate portfolio. As of this writing, Herbalife's annual revenues top $4 billion and the company has a market cap of $6 billion (despite Bill Ackman's best efforts).

So now you know the history of Mark Hughes and Herbalife. It was certainly a wild ride while it lasted. Not sure what the main lesson is with the story. Perhaps we'll just end with a reminder to never mix alcohol and prescription drugs. Not a good combination.