By Amy Lamare on October 14, 2021 in Articles › Entertainment

Timothy Mellon is an heir to the Mellon banking fortune. That fortune was first established by Timothy's grandfather, Andrew Mellon and his great-uncle Richard back in the late 1800s. Later Mellon heirs significantly increased the family fortune over the decades.

As was first reported by the TexasTribune, Timothy, who is from Wyoming and has no obvious direct ties to Texas, has donated 98% of all the money privately raise to fund Texas' border wall. Timothy calls Wyoming home and his company, the transportation holding company Pan Am Systems, is based in Portsmouth, New Hampshire.

Texas Governor Greg Abbott has looked to the private sector to help built a wall along the border between Texas and Mexico. Abbott's fundraising drive wasn't exactly a runaway success at first. By mid-August, two months after launching the fundraising campaign, 12,000 people had donated a total a combined $1.25 million. Then magically the number jumped to a bit more than $54 million. As it turns out, that jump was entirely thanks to Timothy Mellon who came along with a $53 million gift to the state of Texas. In other words, Mellon financed 98% of the total amount raised to date. 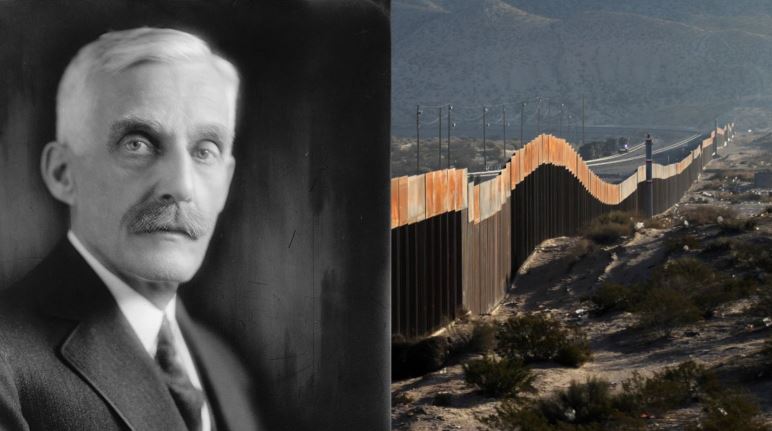 Their father Thomas Mellon immigrated to Pittsburgh from Ireland in 1818 and became a judge. He then started a bank with his sons called T. Mellon & Sons.

Andrew and Richard made a small fortune after investing in an inventor named Charles Hall who had developed a new way to make aluminum. The partners created the Pittsburgh Reduction Company which eventually became the Aluminum Company of America. They made additional investments in steel processes and other materials. When World War 1 broke out, their steel investments sky rocketed in value.

In 1921 Andrew left the family business temporarily to become the Secretary of the Treasury, after being appointed by President Warren G. Harding.

Today the extended Mellon family is worth a combined $11 billion.