By Amy Lamare on August 31, 2016 in Articles › Entertainment

They say there's a sucker born every minute, but to be fair, con men (and women) are pretty slick characters who play on the emotions of their target for their own gain. This is what happened to Eddie Murphy's ex-wife, Nicole Murphy. A career conman allegedly conned her out of $10 million.

Nicole Murphy was contacted by an old friend named Troy Stratos, who just happened to be a convicted conman, after her $15 million divorce settlement was finalized and made public. Reportedly, Stratos approached Nicole with a deal she could not refuse and she invested her divorce settlement money in an overseas deal Stratos told her about. He promised her that she would make a ton of money on the deal. 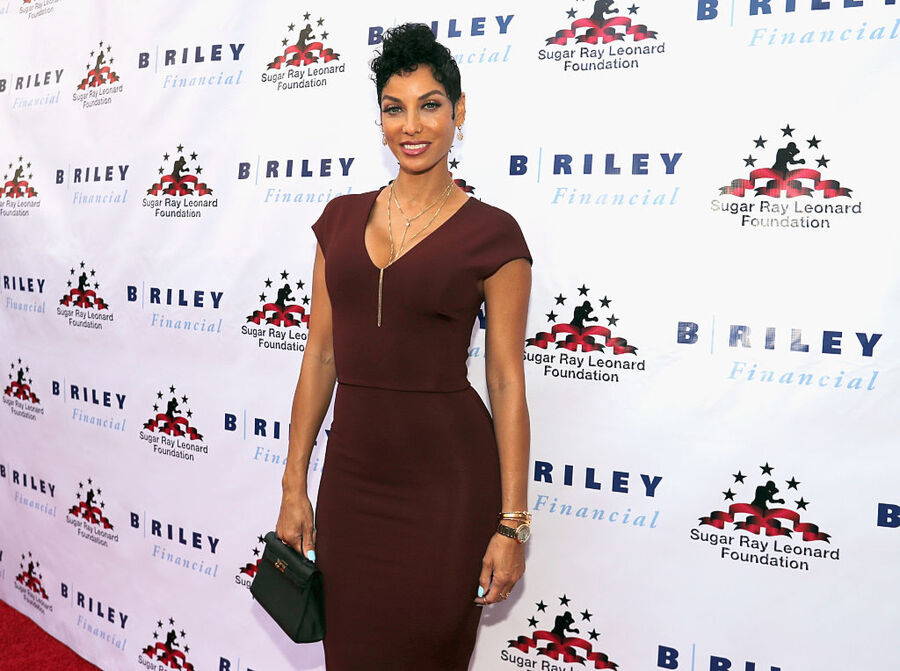 Well, Nicole must be a trusting sort because she put $11 million into a revocable trust and gave Stratos full access to her personal finances – including her real estate and jewelry.

You can guess what happened next. Stratos never invested the money. Instead, he used it to finance his luxurious, jet-set lifestyle. Stratos reportedly opened a bank account in Florida and used some of Nicole's money to pay her expenses while they were on a European vacation together. He claimed he was paying for the trip out of his own pocket. What a guy, right ladies?!

Troy Stratos is charged with 12 counts of wire fraud, four counts of money laundering, three counts of mail fraud, and one count of obstruction of justice.

Stratos and Nicole Murphy have known each other since they were teenagers. When he resurfaced in her life, he told her that he knew members of royal families in the Middle East and could help her invest her multi-million divorce settlement in oil contracts with those families. He also told her he could sell his mysterious royal Middle Eastern friends her home in Granite Bay, California. Stratos was so good at his con, that he convinced Nicole to lease a Rolls Royce and a BMW to make her house more attractive to the potential buyers he would bring in. He told her that he would sell the cars and house as a package deal.

This was, of course, nothing more than a ploy that allowed Stratos to live in the luxury home rent free and drive the luxury cars as if they were his own. He never had any deal in place to sell Nicole's home to a royal family, or for that matter, to anyone at all.

Stratos' real name is Troy Stafford. He claims to have introduced Nicole to Eddie Murphy. Nicole was married to the comedian for 12 years. They have four daughters and a son together.

Stratos also operated cons under other aliases including Troy David, David Stafford, David Burton, and Ken Dennis. In fact, a con he operated as Dennis landing him in prison in Sacramento, California.

Stratos was also found guilty in May of conning businessman Timothy Burns out of $11.25 million. Stratos told Burns that his finds were buying pre-IPO Facebook shares. Of course, that was not the case. Stratos straight up stole that money to buy himself a $92,000 Land Rover, pay off his gambling debts, and fund his extravagant lifestyle. A federal court in California found Stratos guilty of that fraud in May. He is awaiting sentencing in this matter.

Meanwhile, none of Nicole Murphy's efforts to get her money back from her childhood friend have worked. She hired a private investigator who was for former special agent with the FBI's organized crime unit. The investigator dug into Stratos' past and followed the trail of his cons from Florida to California to Canada to France. He found more wealthy women that Stratos had conned in Vancouver. He also found a number of men who claimed to be not only victims of his scams, but also his lovers.

The story that has been pieced together by Murphy, the investigator, and people who know Stratos is one of an exceptionally talented con man who used the funds he stole to fund his gambling addiction.

If convicted on the counts in Nicole's case, Stratos faces up to 20 years in prison for the wire and mail fraud and up to 10 years for the money laundering and obstruction of justice charges.

That Stratos is a career con man is one thing. That he conned his childhood friend is another thing that puts him in a whole other class of shady and despicable.

Nicole Murphy will get her day in court against her former friend on September 12th.

Troy Stratos just plead guilty to all charges and will therefore not have a trial starting September 12th. Next up for Mr. Stratos? Sentencing!