By Joseph Gibson on August 26, 2018 in Articles › Entertainment

Unless you're a TV industry follower or just a TV addict who loves reading credits, it's possible that you're not familiar with the name Greg Berlanti. But if you've ever seen TV shows like Flash, Arrow, Riverdale, Legends of Tomorrow, or even Dawson's Creek, you're familiar with some of his handiwork. And now he's signed a lucrative deal to stay on with Warner Bros until at least 2024 in a deal reported by Variety to be worth "well over $300 million." Here's part of Berlanti's press statement following the closing of the deal:

"A lot has changed about TV since I started working in it 20 years ago, but what hasn't changed is how blessed I feel to come to work every day, where I work with the most talented, hardest-working company, executives, showrunners, actors, writers, directors, casts and crews in the business. I'm eternally grateful to all of them and to the audiences that have watched our shows. And finally, I'm thankful for the love, guidance and support I get from my husband, my family and my friends, which make moments like this one possible and all the moments in between the real reward."

The deal essentially consists of WB taking a financial interest in Berlanti's production company Greg Berlanti Productions, and buying out his profit participation arrangements on 14 current Berlanti productions for WB. These shows are spread across six networks as well as the online platform CW Seed, and the new agreement with WB was engineered "to provide Berlanti's company iron-clad cash guarantees on every show he delivers, and to help Berlanti monetize the multitude of profit participation points he holds on current productions." 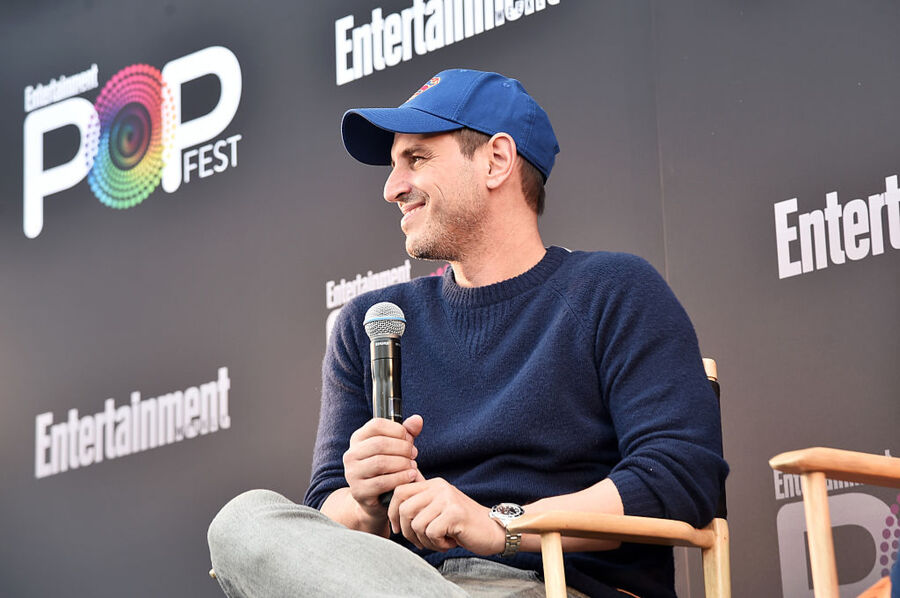 Berlanti is reported to have been uninterested in looking outside of his longtime home at WB before renewing his contract with the company, although he remains a free agent in the feature film world, as the new contract only pertains to TV (he directed the film Love, Simon earlier this year). Warner Bros was said to be eager to lock in a new contract with Berlanti anyway, and in fact his previous WB contract still had another two years to go before this new deal was signed.

In the immediate future, Berlanti already has two series — The Red Line and God Friended Me — sold to CBS, and The Chilling Adventures of Sabrina on its way to Netflix.