A Picasso Just Broke The Record For Most Expensive Painting Ever Sold… But Will Never Be Displayed!

In 1955, renowned artist Pablo Picasso painted his cubist masterpiece "Les femmes d'Alger"–or "Women of Algiers" (Version O). Just a couple of weeks ago, the painting absolutely smashed the world record for artwork sold at auction when it grabbed an astounding $180 million. Version O was last auctioned off in 1997, when it sold for $31.9 million. At the time, that was more than double the estimate for the painting.

Version O is the last of the 15 paintings in the "Les femmes d'Alger" series, designated A through O. Picasso looked back to 19th century French painter Eugene Delacroix for inspiration. Delacroix painted his own "Women of Algiers" in 1843. The "Les femmes d'Alger" series was also meant to be a tribute to Picasso's friend and artistic rival Henri Matisse, who died shortly before Picasso started the series. 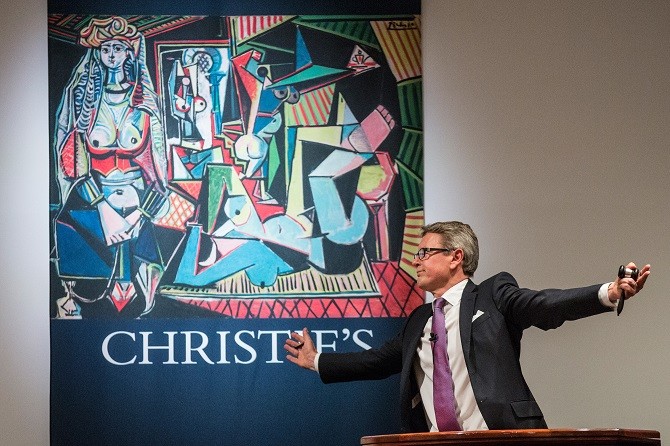 The painting was rumored to have been purchased by a former Qatari Prime Minister who will never be able to publicly display it, due to the nudity depicted in the artwork. Billionaire Hamad bin Jassim bin Jabor Al Thani is believed to have outbid 11 other art collectors in the tense 11 minute auction at Christie's. Because the vibrant painting features a number of bare-breasted women (albeit in cubist form), it will likely never be displayed due to the Middle Eastern country's strict laws.

Hamad bin Jassim—known as HBJ—will surely subvert the strict laws against nudity in Qatar by displaying it in one of his homes outside of the country. The billionaire is better known for his incredible property empire. He has homes on several continents, including a lavish home on Manhattan's Upper East Side, which he bought in 2012 for $47 million. It is rumored he is also looking at a two floor penthouse overlooking Central Park, currently on the market for $90 million, as well as a $65 million penthouse which once belonged to singer turned socialite, Denise Rich.

Sources claim that HBJ may be looking at a job outside of his native Qatar, where he was one of the most powerful political figures for the past two decades. He was a foreign minister in Qatar from 1992 to 2013, and Prime Minister of Qatar from 2007 until 2014. Hamad bin Jassim has been reported to be eying UN Secretary General Ban Ki Moon's position once he steps down in 2016. This position is considered to be the world's top diplomatic post. Hamad bin Jassim bin Jaber bin Muhammad Al Than has a net worth of $11 billion.