By Brian Warner on September 23, 2021 in Articles › Entertainment

Before today, Inés Gómez Mont was probably best-known for a stunt she pulled at a press conference in 2008 ahead of Super Bowl XLII. Working as a sideline reporter for TV Azteca, Inés wore a full wedding dress to a press conference. In the middle of a crowd of 4,000 reporters she screamed "Brady! Brady!" until New England quarterback Tom Brady couldn't ignore her anymore. She then used the main press conference microphone beg Tom to marry her.

As you might imagine, Tom politely played along with her stunt then declined her proposal. Ever the class guy, in his rejection Tom said:

"You're beautiful and any man who would have the opportunity to marry you would be a lucky man."

Here's a photo of Inés from that very day: 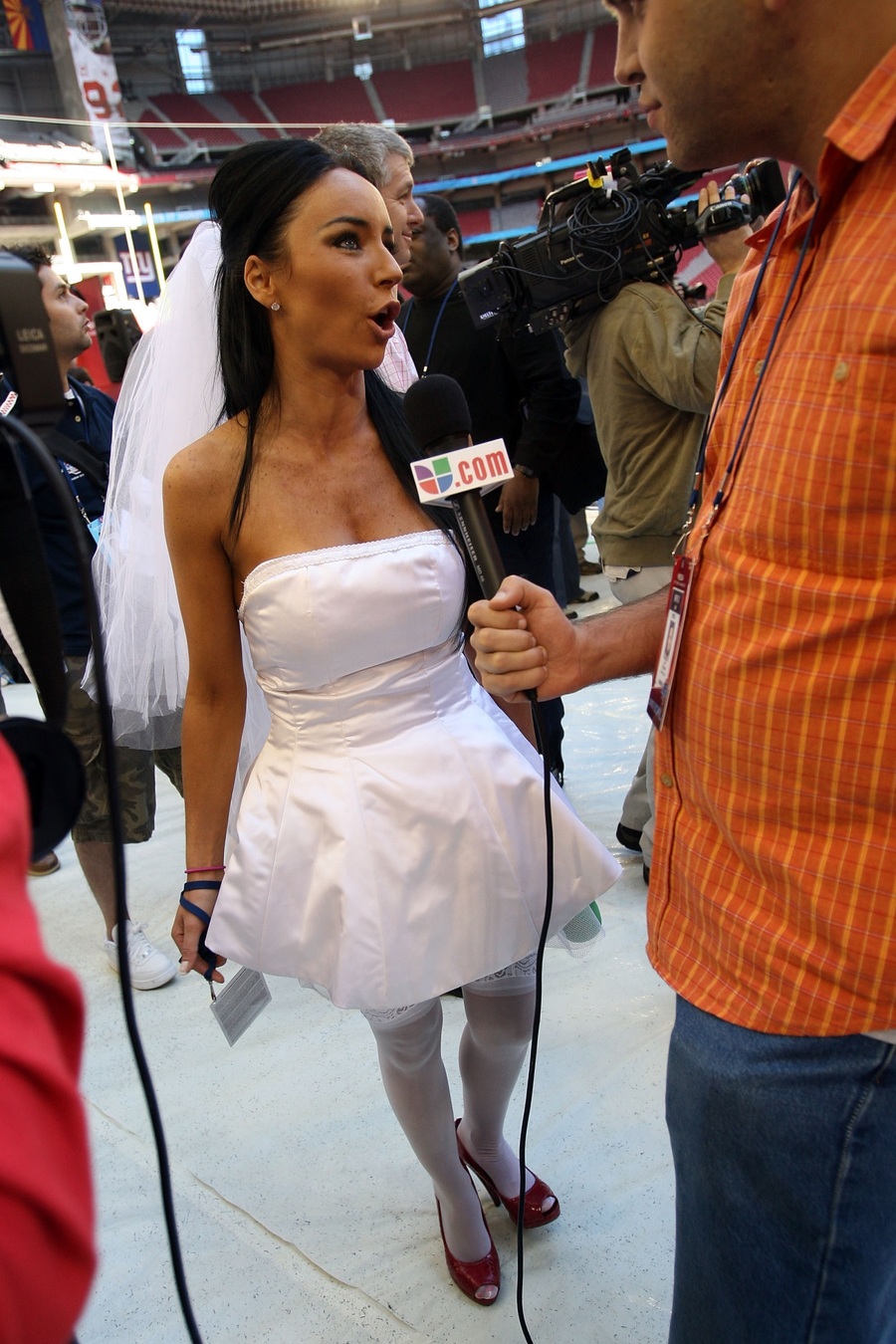 So the bad news is she didn't get to marry Tom Brady.

The good news is Tom's prediction came true! And not just once, TWICE!

Unfortunately, Inés is making some global headlines again today and not for a harmless little press conference stunt. And Victor is also potentially involved.

People.com was the first to report earlier today that Inés and Victor are both on the run from Mexican authorities at the moment. Their crime? They allegedly embezzled some money from the Mexican Ministry of the Interior. How much money did they allegedly embezzle? A couple thousand bucks? Maybe $150,000? Actually…

Authorities are alleging that between 2016 and 2017 Inés and Victor used 1,500 shell corporations to embezzle nearly 3 billion pesos from Mexico's Ministry of the Interior.

The Mexican version of the FBI, known as SEIDO (La Subprocuraduría Especializada en Investigación de Delincuencia Organizada) has reported that it believes the couple has been living outside of Mexico for several months and therefore are acting as fugitives.

According to local reports, on September 10 a federal judge in Mexico issued a warrant for the arrest of Inés and Victor. Following suit, the Mexican Attorney General's Office requested that Interpol issue a "red notice" on the couple. Also known as a "locate and capture notice," this would allow global law enforcement and border control agents to track and arrest the couple if they pop up in public.

The couple are reportedly facing money laundering charges which could carry sentences ranging from 20 to 60 years in prison, according to Animal Pólitico.

If only Tom Brady had said yes!