Nicole Kidman has been a familiar face since the late 1980s. After starring in a few movies in Australia, she caught the attention of audiences in the creepy 1989 thriller Dead Calm. She also caught Tom Cruise's eye and was cast in 1990's Days of Thunder which would not only launch her American film career but land her a husband as well. The willowy Australian married Tom Cruise on Christmas Eve 1990 in Telluride, Colorado. They divorced in 2001 and, well, we all know what happened next. Tom Cruise lost his mind and Nicole Kidman went on to live her best life, meet the real love of her life, win an Oscar, have two babies, and, just last year, at 50, star in and produce the hottest series of the year for HBO: Big Little Lies. When Tom dumped Nicole, we were Team Nicole. Today, 18 years later, we are still Team Nicole, more than ever!

Nicole Kidman was born June 20, 1967 in Honolulu, Hawaii to Australian parents who were temporarily living in the U.S. on student visas. Her dad was a graduate student at the University of Hawaii at Manoa. After grad school the family moved to Washington D.C. while her dad was a visiting fellow at the National Institute of Mental Health. The family returned to Australia when Kidman was four. She studied at Sydney's Phillip Street Theatre and at the Australian Theatre for Young People. In 1983, when Kidman was 16, she made her film debut in Bush Christmas. That led to a supporting role in the Aussie television series Five Mile Creek. That led to all sorts of roles in Australian productions that eventually led to 1989's Dead Calm, which brought Kidman international recognition. 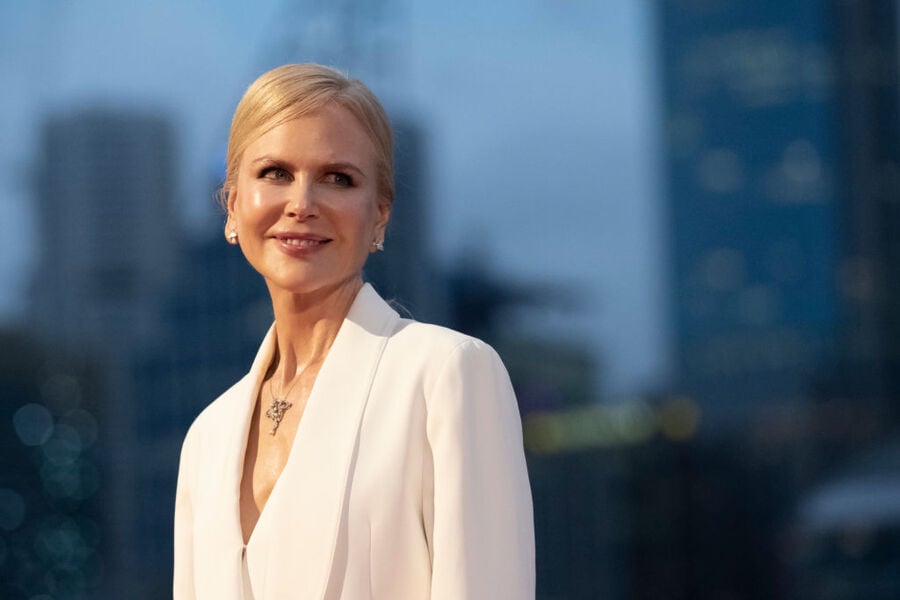 Then, her personal life took priority for awhile. There was the divorce from Tom Cruise and how he unraveled spectacularly afterwards. Nicole continued to work. She met Keith Urban, married him in 2008, and added two biological daughters Sunday Rose and Faith Margaret to the two kids she adopted while she was married to Tom Cruise.

We could be here for another 2,500 words if we covered Nicole Kidman's movies from 2002 to the present, so let's skip ahead to what this is really about: Big Little Lies. The HBO miniseries is based on the novel by Liane Moriarty. It was a SMASH hit. Kidman produced Big Little Lies alongside co-star Reese Witherspoon and director Jean-Marc Vallee. Kidman plays Celeste Wright, a former attorney and housewife who is married to an abusive husband, played by Alexander Skarsgard. Kidman won the Primetime Emmy Award For Outstanding Lead Actress in a Limited Series or Movie, the Primetime Emmy Award for Outstanding Limited Series as a producer, the Golden Globe, Critics Choice Award, and SAG Award.

In an interview with the Los Angeles Times, Kidman said:

"We need great roles. Our stories are relevant; people do want to hear them. But our stories often get brushed off. Seeing five women front a project is not common — and it shouldn't be that way."

Throughout the last three decades, Nicole Kidman has proven her worth as an actress and worked steadily, now, at 51, she seems to be having the time of her life with Big Little Lies.