A Few Years Ago He Was A Billionaire. Today Sam Wyly Is Bankrupt And Being Sued By The IRS For A Record $3.2 Billion.

By Brian Warner on April 20, 2015 in Articles › Entertainment

If you traveled back in time a few years, you would find Texas-based entrepreneur Sam Wyly sitting on top of the world. Not that long ago, both Sam and his brother Charles Wyly, were each worth slightly north of $1 billion thanks to their incredibly successful self-made business careers. Imagine that. Having one self-made billionaire in a family is a monumentally amazing accomplishment. Ending up with two self-made billionaires, is other-worldly. The Wyly brothers' success was especially impressive when you consider the fact that they were both born into the wretched poverty of the Great Depression. By all accounts, today the Wyly brothers should be enjoying their billion dollar golden years. You'd assume they would be spending their time on philanthropy, playing luxurious golf courses, and generally inspiring others to follow their path. Unfortunately, the last few years have been nothing short of tragic. Their fortunes have reversed in an almost Shakespearean fall from the top. And the craziest twist of all is unfolding right now in a Dallas courtroom…

As we mentioned, the Wyly brothers' story starts out at the height of the Great Depression. Charles was born in October 1933, Sam was born in October 1934. They grew up in Lake Providence, Louisiana, which was famous for being one of the poorest communities in America at a time when pretty much every city in the nation was extremely poverty-stricken. After losing the family cotton farm to foreclosure, Charles, Sam and their two sisters all had to get jobs to help make ends meet.

***FYI This article may be a bit longer than most CNW stories. But trust me, this is worth reading all the way through! We'll also be following this case closely as it continues to develop, so you're gonna want to get in on the ground floor***

Sam and Charles eventually began helping their father put together a weekly local newspaper called The Delhi Dispatch. The two sons did everything from writing the stories, to selling the ads, to cleaning the printing presses–even delivering the finished product.

After high school, both Charles and Sam matriculated to Louisiana Tech (one year apart, obviously). After college, Charles immediately got a job at IBM in Dallas. After his undergrad years, Sam went on to earn an MBA at the University of Michigan. With his MBA in hand, Sam followed his older brother's footsteps and got a job at IBM in Dallas. Three years later, Sam took a job as sales manager for rival Honeywell. This job basically involved establishing Honeywell's computer business in Texas and Oklahoma.

In 1963, 29-year-old Sam and 30-year-old Charles took a combined $1,000, and co-founded University Computing Company (UCC). Using their experience at IBM and Honeywell, the Wylys and UCC began developing computer services for engineers and scientists who were working in the booming Texas oil industry.

UCC wasn't their only winning investment. In 1967, the Wyly brothers used some of their new-found fortune to purchase a restaurant chain called Bonanza Steakhouse. They eventually expanded Bonanza to more than 600 locations, before they sold the entire company in 1989. They also bought an insurance company, a mining company, a software company, and more.

The Wyly brothers' best investment came in 1982, when they acquired the arts and craft chain Michaels. The year they bought Michaels, the private company had revenues of $10 million per year. By 1996, company revenues were $1.24 billion. In 2006, Michaels was purchased by two private equity firms, Mitt Romney's Bain Capital and The Blackstone Group. The price? $6 billion. 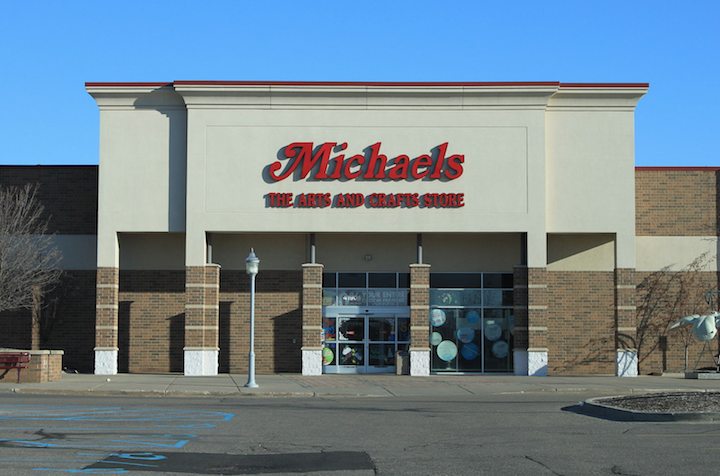 The same year Michaels was purchased, Sam and Charles Wyly landed on Forbes' billionaire list for the first time. They would have landed on Celebrity Net Worth's billionaire list, but in 2007 CNW was still just a twinkle in my eye, roughly two years away from being launched. At the time, Forbes estimated that each brother was worth $1.1 billion.

The brothers were actively involved in philanthropy, having donated huge amounts of money to a variety of causes way before they were billionaires. They funded a building on the campus of their alma mater Louisiana Tech and named it after their father. The Charles Wyly Sr. Tower Of Learning is the tallest building on campus to this day. In total, it's estimated that the Wyly brothers gave more than $90 million to dozens of charities over the years.

Long before Forbes officially crowned the Wyly brothers as billionaires, Sam and Charles started to make some unique financial moves to protect and increase their wealth. In the 1990s, they created trust accounts on the Isle of Man (island nation off the coast of England, home of the Bee Gees singing Gibb brothers). The trusts reportedly held around $380 million and were established to generate $16 million in annuity income. This is all well and good, but if you believe the Securities and Exchange Commission, the Wyly trusts were also breaking the law.

In 2010, both the IRS and the SEC filed a lawsuit against Charles and Sam Wyly accusing the brothers of hiding over $500 million in profits over a 13 year period of alleged fraud and insider stock trading. It was a shocking blow to the Wylys, who both claimed to be totally innocent. They pointed to the fact that they had both been personally audited EVERY YEAR for over a decade and no fault was ever found. They claimed that all taxes were paid and all their business dealings were completely legitimate. Sam claimed that he paid $160 million in taxes between 1992 and 2013. Charles reportedly paid $79 million in the same time period. Together, they vowed to fight the case to the bitter end.

On August 7, 2011, with this horrendous lawsuit hovering over his head, Charles Wyly was killed in an automobile accident on a Colorado highway. He was 77 years old, and was survived by his brother, his wife, four children and seven grandchildren.

In 2013, a New York City jury rendered a guilty verdict against Sam Wyly and the estate of Charles Wyly. The jury ruled that the brothers acted fraudulently to hide assets which they controlled in the form of four publicly traded companies that were eventually sold for billions of dollars. The jury ordered them to pay $300 million in penalties.

To make matters worse, when the trial was over, the IRS announced that it was filing a claim for approximately $540 million in back taxes and penalties related to the trusts. Facing these massive fines, combined with the fact that he had already spent $100 million of his own money fighting the cases, in October 2014 Sam Wyly filed for Chapter 11 bankruptcy. Chapter 11 allowed Sam to simultaneously restructure his finances and immediately prevent the SEC and IRS from seizing his personal assets.

The bankruptcy also forced the IRS to the negotiating table. The judge in the bankruptcy case gave the IRS until April 17, 2015, to determine how much the brothers would owe in back taxes and penalties. Prior to April 17, Sam Wyly and his legal team were expecting (hoping) that the IRS would significantly reduce the $540 million figure to something more reasonable. By the way, legal fees alone are currently costing Sam Wyly $250,000 a month.

On April 17, 2015, the IRS delivered their long-awaited tax bill. In a move that absolutely shocked Sam Wyly and pretty much anyone who was paying attention, instead of reducing their initial $540 million claim, the IRS ended up demanding a record $3.2 billion in back taxes and penalties from Sam and the estate of Charles. That's literally the largest levy the IRS has ever issued against an individual OR a corporation. The previous record, $2.6 billion, was levied against global banking corporation Credit Suisse in May 2014.

Roughly 75% of that $3.2 billion is penalties and interest.

It's not quite over. The judge in the case will take four weeks in January to hear arguments from both sides, on why the amount should be reduced or enforced. Keep in mind that every month costs Sam Wyly a minimum $250,000 in legal fees alone.

At this point Sam has sold off pretty much every asset he has ever owned to pay down judgement and fund his defense. He sold a NYC apartment for $4 million. He sold a small business in Aspen for $6.5 million. Today he is driving a late model Subaru and pinching pennies every chance he gets.

Ironically, thanks to a quirk in the bankruptcy laws, Sam and his wife are still able to live in a $12.5 million Dallas mansion directly across the street from the Dallas Country Club. Sam bought the house in 1965 for $160,000. According to the Texas Constitution, the government cannot seize someone's primary residence in the event of a bankruptcy. No matter how lavish that primary residence may be!

At 80 years old, Sam does not want people to feel sorry him. He's currently working on a book called "The Immigrant Spirit: How Entrepreneurs Enrich America." He recently told DallasNews.com:

"Don't worry about me. I only need one car and one house. I just have to be an entrepreneur again. Hell, this is what entrepreneurs do — we work hard."

So that is the insane story of the Wyly brothers and the largest fine in the history of the IRS. We will absolutely be paying attention to this case over the next few months. Whenever something new happens, we'll keep you posted.