By Amy Lamare on November 9, 2020 in Articles › Entertainment

The race to find a viable vaccine for COVID-19 a/k/a the coronavirus is on. The sooner we have a safe and effective vaccine, the sooner we can get back to the business of life. This isn't the first time in human history that a disease or pandemic has swept the world. This isn't the first time a vaccine was needed to stop the progress of a virus. During the first half of the 20th century, polio ravaged the population. At that time, polio was basically wiping out a generation. Cases of polio mushroomed from 27,000 cases in 1916, to nearly 60,000 in 1952. It was most devastating to children as parents began keeping their kids home from school, isolating their children in an effort to keep them healthy. Finding a cure, quickly, was vital. We're facing a different sort of virus that is pretty dire on its own.

Finding and testing a vaccine is the work of scientists. Selling and distributing vaccines is the work of pharmaceutical companies. And we all know how fond pharmaceutical companies and the executives who run them are of running up the cost of vital medication. In fact, selling life-saving drugs for exorbitant fees is so normal in the U.S. that most of us don't bat an eyelash over it. That's why the story of Dr. Jonas Salk, who discovered the vaccine for polio is so very important. Back in 1952 in the midst of the polio crisis, Salk was invited to work on a polio vaccine by the National Foundation for Infantile Paralysis. 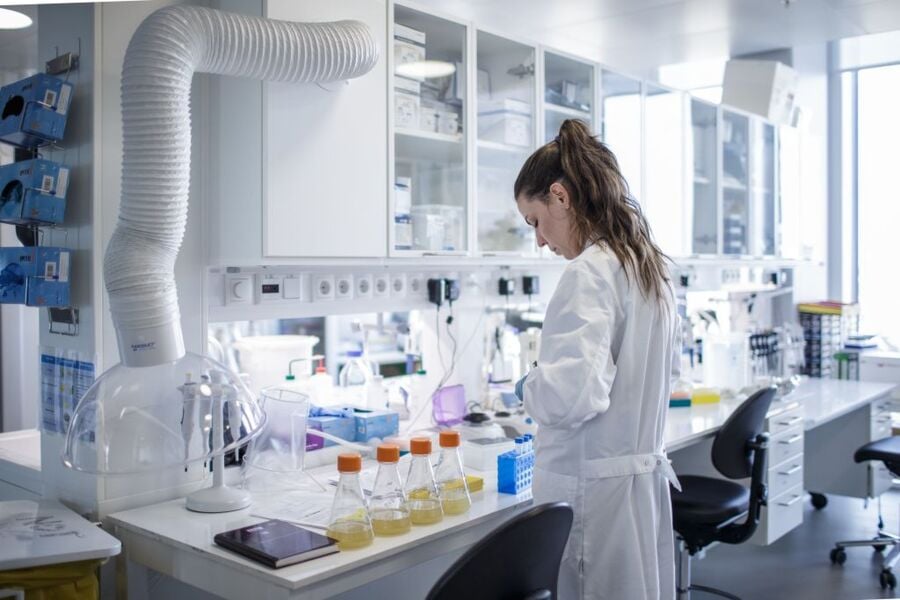 Salk was born in New York City on October 28, 1914. His intelligence was evident early on, and when he was 13 he was accepted to an accelerated high school program that crammed four years of learning into three. At 15, he enrolled at City College of New York. After he graduated he attended NYU School of Medicine where he became interested in research. He shifted his focus from the practice of medicine to biochemistry and bacteriology. His goal? He wanted to "help mankind in general rather than single patients." Salk quickly made a name for himself as a virologist. He found a research position at the University of Michigan where he developed a flu vaccine.

Fast forward to the 50s and Salk's work on the polio vaccine. He tested his polio vaccine on animals before moving on to children. When his vaccine went to trial in 1954, 1.8 million children took part. In 1955, the vaccine was declared a success. Besides being an effective vaccine against polio, another reason it was a success is because Salk chose not to patent the polio vaccine. Pharmaceutical companies wanted to put a price tag on the vaccine but Salk was more interested in saving lives than making money. If the polio vaccine had been patented, it would be much more expensive than it is now. If it was more expensive, it would have been nearly impossible for developing countries to afford it. Rather than being nearly eradicated, polio might still have been a major issue in numerous countries around the world. However, because of Salk's knowledge, and his generosity, polio is largely a thing of the past.

The scientists working on a potential vaccine for COVID-19 have a choice to make. Will they patent their discovery and sell it for big bucks, making it hard if not impossible for many people to afford or will they follow in Salk's footsteps and realize the greater good of humanity and saving lives is more important than making billions. Salk developed the polio vaccine in a lab at the University of Pittsburgh. Today, two doctors, Louis Falo and Andrea Gambotto, a dermatologist and a surgeon have developed an inoculation that produces large numbers of coronavirus antibodies when injected in mice. They developed this inoculation in a University of Pittsburgh lab. They are waiting on the FDA to give approval to conduct human trials on their vaccine. Falo and Gambotto are just one team of medical professionals working overtime to find a viable vaccine for COVID-19.

The question is, will the researchers who do develop the successful coronavirus vaccine go the route of Salk and choose not to patent it so that the maximum amount of people possible can afford and get the vaccine or will they choose to patent their vaccine and sell it to the highest bidder, a pharmaceutical company that, based on history, would likely jack up the price and make it out of reach for many people. If Salk had done that, we might still see occurrences of polio in society today. Instead, the disease was eradicated.