By Amy Lamare on April 6, 2016 in Articles › Entertainment

Gregory Elias is a wealthy attorney from the  Caribbean island of Curacao. He dropped a literal ton of money so that legendary rock band The Rolling Stones could play their first concert in Cuba. Guess what? The Stones didn't even play Elias's favorite song. Well, as the song goes, "you can't always get what you want…"

Until recently, it was illegal to listen to rock and roll in Cuba. That's life in a communist state. Elias funded the historic concert through his charitable trust.

Mick, Keith, Ronnie, and Charlie played at the Ciudad Deportiva in Havana on Friday, March 25th in front of an estimated 500,000 people. The Stones show took place during the same week that Barack Obama became the first sitting President to visit Cuba in more than 90 years. 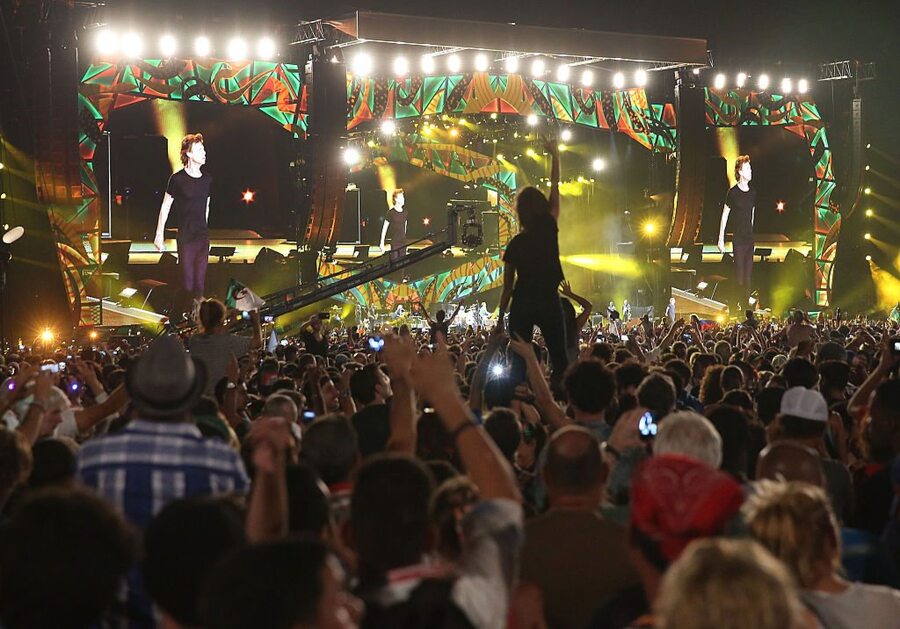 Elias has been trying to get this gig up and running since mid-November. That's when he first placed a phone call to the band's long time manager Jayne Smith. He predicted that she would think he was nuts, but lo and behold, Smith called her back less than 24 hours later. The concert was a go.

Elias got the idea for the historic rock concert when he read that the Stones would be touring Latin America for five weeks. In that regard, the fact that it lined up with President Obama's visit was a complete coincidence. The Rolling Stones just happened to be in the general vicinity of Cuba, making the show easier to pull off.

Because of Cuba's economy – not to mention the country's lack of experience in putting on a first class rock concert – most of the items needed to get the concert off the ground had to be flown or shipped in from other countries. The Rolling Stones played the gig for free. Everything it took to stage the show cost Elias $7 million.

He worked the details out with the Cuban government with a bit of help from officials of the government of Curacao. Elias admitted that he spoke with one Cuban official who had no idea who The Rolling Stones were.

Elias put together the Stones show for the Cuban people because music brings people together.

"I thought it would be nice to approach them with music. Music doesn't create envy or animosity, it just creates love and understanding," he said.

So what is Elias's favorite song? The Rolling Stones' Far Away Eyes, which was noticeably missing from the set list.