By Brian Warner on March 13, 2015 in Articles › Entertainment

I would consider myself an amateur coin collector. I've never gone out and bought and vintage coin at an auction, but I love it when I stumble upon a really old penny or dime. Pennies are my favorite for some reason. In fact, I keep two pennies, one from 1955 and another from 1951, in my backpack at all times for good luck. It fascinates me that these two coins have been bouncing around the country for more than six decades. What if JFK used one of my pennies at some point? It's not impossible. In total, I own around 100 mildly-rare coins. The total value of the entire collection, probably isn't much more than the face value of the actual coins or the metal they are made out of 🙁

A Texas property developer named A. Mack Pogue is also a coin collector. In terms of size, his collection isn't that much bigger than mine, 650 coins vs 100. In terms of total value, he beats me by a slight margin. In two months, Mr. Pogue will be putting his entire collection up for auction. As of this writing, coin experts predict that the collection will fetch $220 million.

OK, so to be fair, A. Mack Pogue's collection is literally considered the most valuable private collection of coins in the world. He has spent the last 35 years quietly building a coveted treasure trove of early American coins. The coins date from 1792 to the 1830s. Mack owns the collection with his son, D. Brent Pogue. 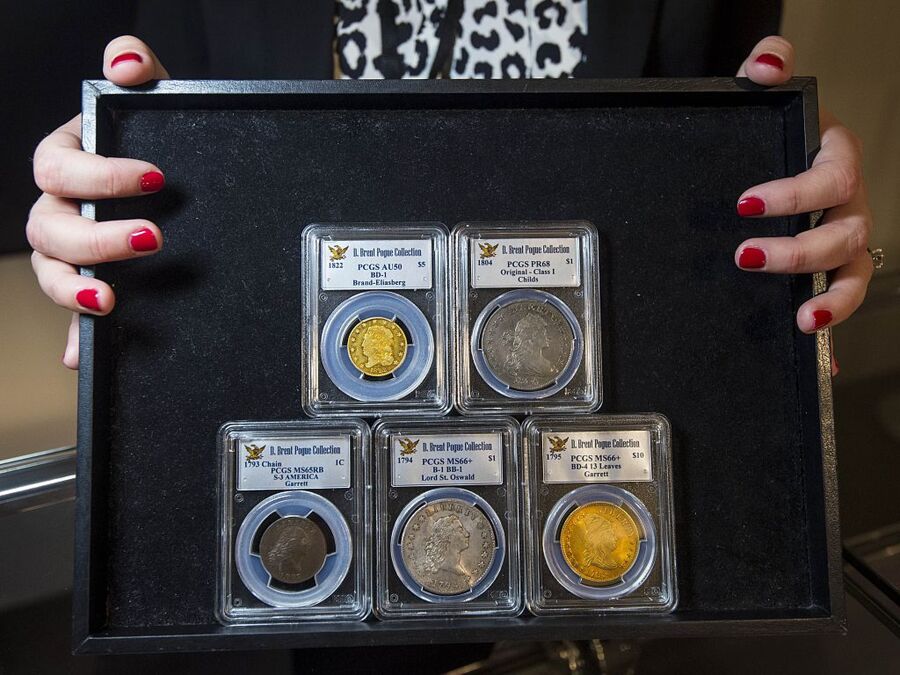 Some of the notable coins in the Pogue collection include:

1) An 1804 silver dollar that many collectors consider the most famous American coin of all time. This single coin alone is expected to fetch around $10 million.

3) A 1797 Half Dollar that is in nearly perfect condition and is worth an estimated $1.5 million.

As we mentioned previously, the entire collection is expected to bring in $220 million at auction. The current record for most expensive coin ever sold at auction was set in January 2013, when a 1794 Flowing Hair Dollar coin was sold for $10,016,875. Makes you want to put aside a bunch of coins in a 200 year time capsule for your great-great-great grand kids!

We'll keep you posted when the actually sale goes down in May!