By Brian Warner on November 10, 2019 in Articles › Entertainment

Pop quiz: Who was the very first actor to be paid $1 million for a single film? What was the movie and what was the year? I'll give you a hint: It's an actress. Another hint: JFK was alive when the film premiered. Also, I've never seen the movie and if you're under 50, you probably haven't either. Cue the jeopardy theme music…

Ready for the answer? The very first actor to earn $1 million for a single movie was… Elizabeth Taylor. Liz achieved this feat for the 1963 movie "Cleopatra." FYI, $1 million in 1963 is the equivalent of $7.7 million today. When the movie was first launched, $1 million was exactly half of the project's total $2 million projected budget. We say "projected," because the production of Cleopatra ended up spiraling into a disaster. After spending $5 million in six months ($40 million today), the producers determined they had absolutely no usable footage and had to start over from scratch.  The movie eventually cost $31 million to make, which is $237 million after adjusting for inflation. With the budget overruns, Liz's paycheck swelled to $7 million. That's the same as an actor earning $54 million for a single movie today.

Cleopatra debuted on June 12, 1963 and eventually went on to earn $58 million at the box office ($445 million today). It was the highest grossing movie in 1963. And while that may seem like a huge victory, especially when you consider the $31 million budget, after millions more were spent on marketing, the movie actually ended up losing money. It's the only movie in history that lost money while being the highest grossing film the year it debuted. 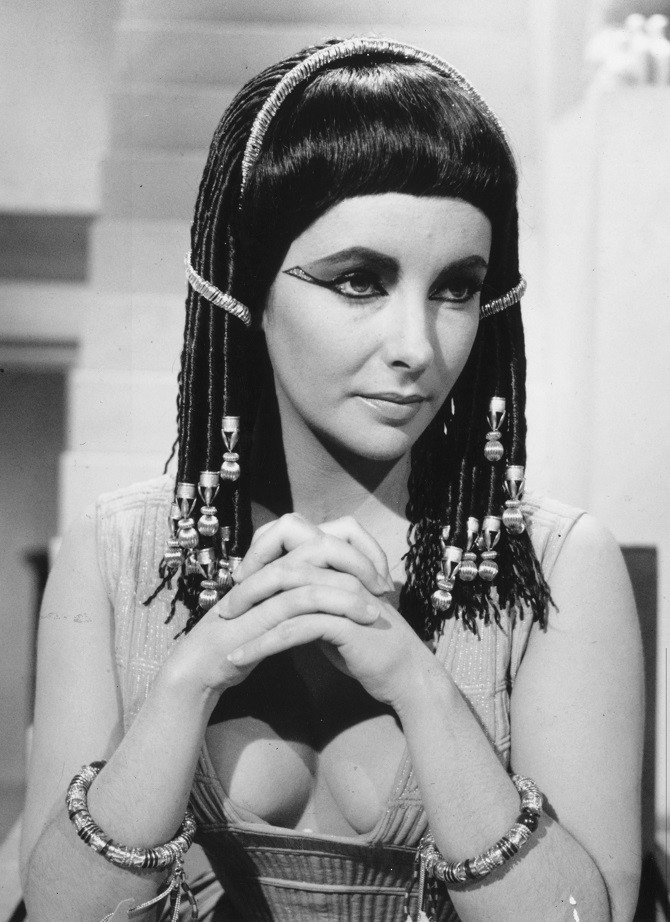 Despite the relative failure of Cleopatra, the movie is significant because it ushered in the era of huge stars demanding huge paychecks to movies that perpetually got huger and huger.

The next major movie paycheck milestone, $5 million for one film, was passed in 1988. At the time, Hollywood was shocked when Bruce Willis, who had only made one previous film and was more known as a TV actor, was offered $5 million ($10 million in today's dollars) to star in the very first Die Hard.

From that point on, the $20 million+ movie club was open for business.

Mel Gibson, Leonardo DiCaprio, Denzel Washington, Tom Cruise, Kevin Costner, Tom Hanks, Arnold Schwarzenegger and Harrison Ford all would soon earn a minimum $20 million in base salary for a single movie. We're not even talking about back-end deals. At the peak of the 1990s, the biggest stars in the world were able to secure "first dollar gross" back-end deals. That meant, they got a percentage, sometimes as high as 20%, of the movie's gross box office revenues. Gross is before costs are taken out.

For 1997's Titanic, Leonardo ended up taking home $40 million when back-end was added. Tom Cruise earned $70 million for 1996's Mission Impossible. Tom Hanks earned $70 million for Forrest Gump. In exchange for a larger share of the back-end, Bruce Willis took $14 million in salary instead of $20 million for 1999's The Sixth Sense. Bruce wound up earning $100 million off that single film. If you're curious, here's a list of the largest acting paychecks in Hollywood history.

It was a good time to be an A-list actor in Hollywood. The economy was booming and Hollywood paychecks were good.

Then everything changed. The stock market dotcom bubble burst. 9/11 happened. We went to war with two countries… Generally speaking, people weren't going to movies as much anymore. But the genie was already out of the bottle. Hollywood couldn't exactly scale back from its new standard of producing huge budget action franchise explosions. Consumers wanted more effects, bigger action, bigger everything.

So for a while in the early to mid 2000s, movie studios became comfortable with their products losing money at the box office consistently. They were ok with these losses thanks to Hollywood's final saving grace: DVD sales.

When was the last time you bought a DVD? I literally can't remember. The economy collapsing in 2008 also didn't exactly help box office revenues. As a result, over the last decade, Hollywood has been aggressively tightening its belt.

How has that affected actor paychecks? Well, stars who once earned $20 million for a movie are now taking $10 million with no points at all. Or maybe they're taking $5 million with a percentage of points. But today's points aren't gross, they are "cash-break-even." Meaning profits after the studio has recouped its costs.

So yes, being in the Hollywood A-list is still a great way to get EXTREMELY rich. But, for the most part, the days of absolutely insane mega paychecks being handed out left and right, are pretty much gone. You likely won't see any actors earn $50-100 million off a single movie anytime in the near future–other than Robert Downey Jr.